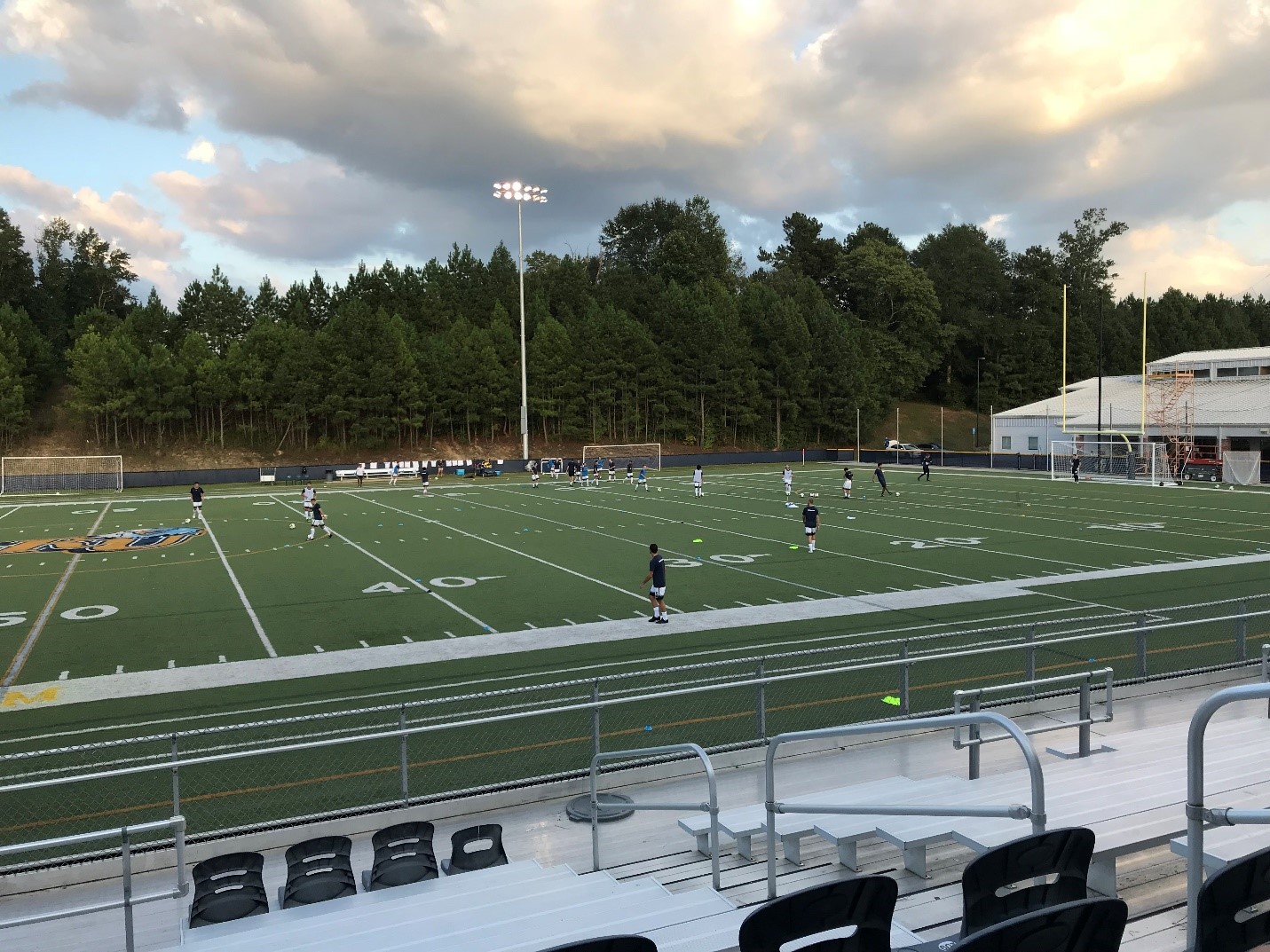 WALESKA, GA.- On Sept. 12, our Reinhardt Eagles defeated the Union Bulldogs in an Appalachian Athletic Conference (AAC) game, claiming a 4-1 victory. The Eagles were flying in hot, having won 3 of their last 4 games.

The scoring was fast and furious at the start, with all 3 first half goals coming around 8 minutes of each other. A particularly hard foul in the 24th minute set up a penalty kick for Aaron Whitten, who hit the back of the net to give the Eagles a 1-0 advantage. Less than six minutes later, Todd Fidler doubled the Eagles score with a goal that slipped past the goalie at 29:31. In the 32nd minute, it was Fidler again, this time receiving a pass from Taylor Gray to put the Eagles up 3-0 on the Bulldogs.

In the 58th minute, the Eagles slipped up and allowed an own goal to get between the pipes to pull Union within two. However, Edgardo Obregon would bring the lead back up to 3 in the 68th minute with the last goal for either side on the day.

Senior goalkeeper for the Eagles, Torge Wiedenroth, finished the game with four saves, only allowing the own goal to slip by. For the Bulldogs, Pedro Muller Moreira collected six saves in the first half, but allowed three goals. His replacement, Filipe Barateiro, gathered one save, but only allowed one goal.

There were 3 cautions in the match. Both Duarte Rebelo and Matteo Lambertoni for Union received yellow cards, as well as Antonio Ciardiello for Reinhardt.

Reinhardt University takes a step back from conference play to take on Life University in Marietta (Ga.) at 7 p.m. on Saturday, Sept. 15.