“An Excuse to Laugh” has hilarious first show 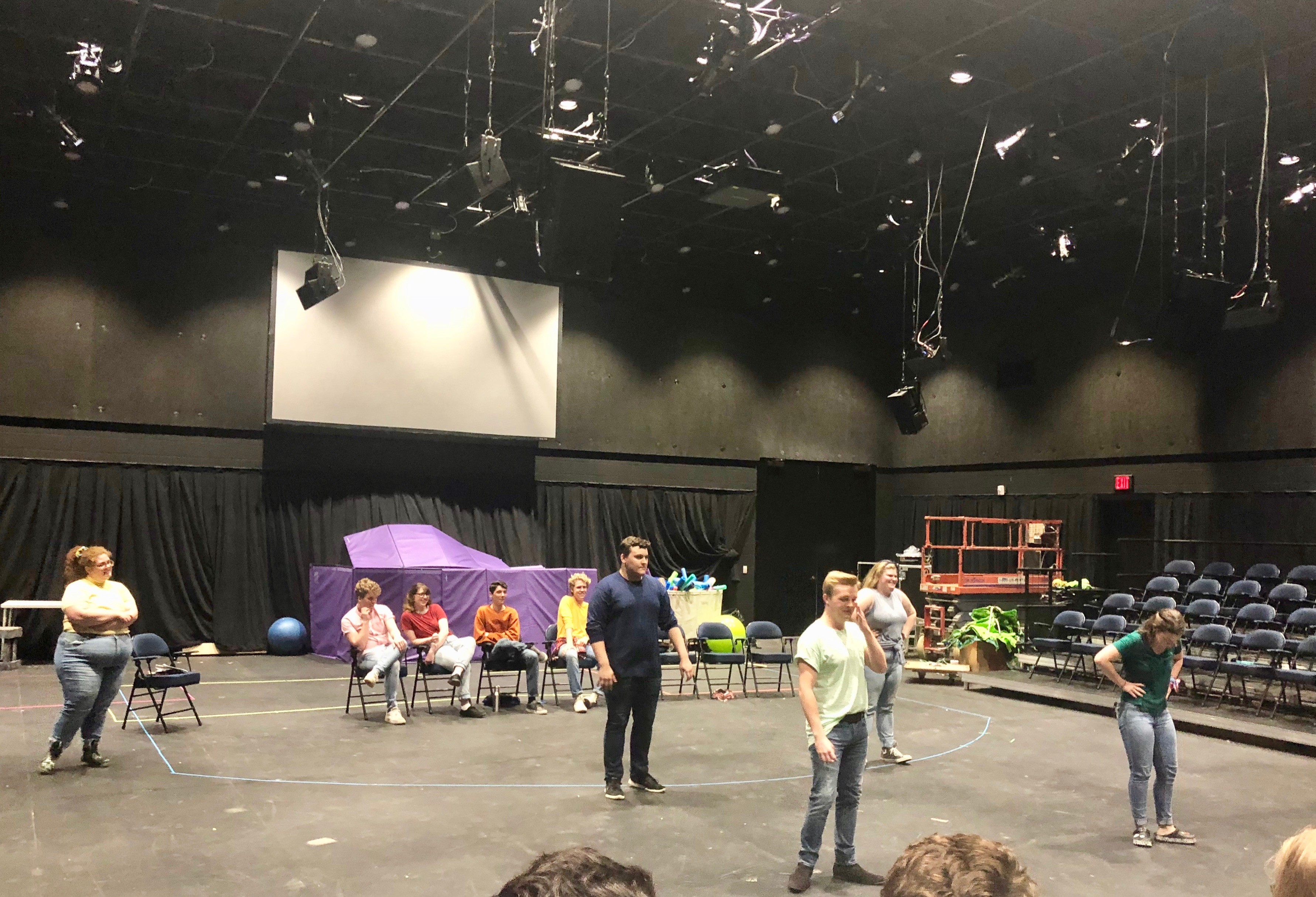 WALESKA, Ga. – The Reinhardt University improv troupe, “An Excuse to Laugh,” had its first show of the year last Thursday in the Black Box Theater. It’s safe to say that it was a night of laughs.

Overall, it was a great night with a surprisingly large audience that made the atmosphere feel creative and welcoming.  Out of the ten members of the improv troupe, seven are freshmen.

Group leader Cole Korch said, “it’s my first show as the leader, its all of their first time performing so its a lot of firsts tonight.”

There were a few minor hiccups along the way that is due to the lack of experience, such as a member of the troupe missing his cue to re-enter the theater for about a minute. It was all taken in stride and played off as if it was part of the joke.

“I think it went really well. I’m looking forward to getting better each week,” said Korch.

The theater itself was an intimate square room with no windows or elevated stage, thus why it is known as the Black Box Theater.  This allowed for a wonderfully interactive night between the performers and the audience.  There was never a shortage of suggestions for the improv performers to focus their jokes around.

A highlight of the night was the game of “worlds worst.”  This focused mostly on one-liners based on being the worlds worst at any given profession, like world’s worst doctor and world’s worst tattoo artist. A standout moment from this was the round of worlds worst acrobat which resulted in some pretty painful looking physical comedy.

Overall, for a performance full of rookies, the show was great.  It was fast-paced, thoroughly organized and very funny.

You can catch “An Excuse to Laugh” every Thursday at 10 p.m. in the Black Box Theater. For more news and updates about Reinhardt events, follow our social media platforms: