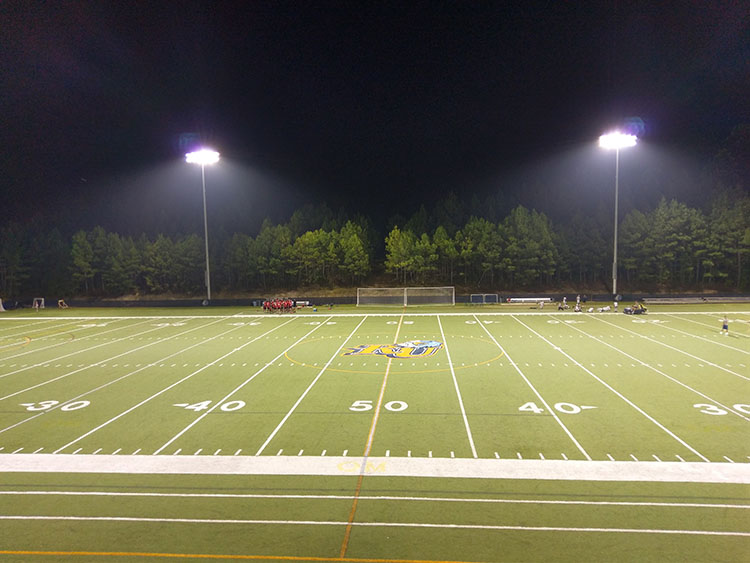 WALESKA, Ga. – Twenty-third ranked Reinhardt defeated Martin Methodist 2-0 on August 25th in the Eagles first game of the season. In the Saturday night victory, Taylor Gray and Markus Feger stood out for their goals that put the Eagles up 2-0.

Martin Methodist defeated Reinhardt in the 2017 season 4-2, giving our Eagles plenty of incentive to try for a win. The Eagles played dangerously, allowing Martin Methodist to out-shoot them 13-11. The Redhawks also out-shot the Eagles with shots on goal, putting up 8 to Reinhardt’s 7. Eagles senior goalkeeper Torge Widenroth ended the game with 6 saves, while Julien Gregoire finished with 3 for the Redhawks.

The Eagles kept their poised in a tight game situation by capitalizing on opportunities given to them. It was a slow start with no goals for either side, but a shutout was maintained. Wiedenroth’s outstanding skills played a critical role in the Reinhardt shutout. As halftime came, both teams were looking at even scores trying to make the first shot of the 2018 season. Martin Methodist couldn’t get on the scoreboard due to his strong performance in between the pipes.

Coming into the second half, the Eagles stepped it up a notch, scoring two goals in a crucial time of the game. After two saves by Wiedenroth, Feger scored a goal in the 51st minute from Aaron Whitten. 26 minutes later, Jack Hardacre followed the lead, sending a pass to Gray for another goal in the 78th minute.