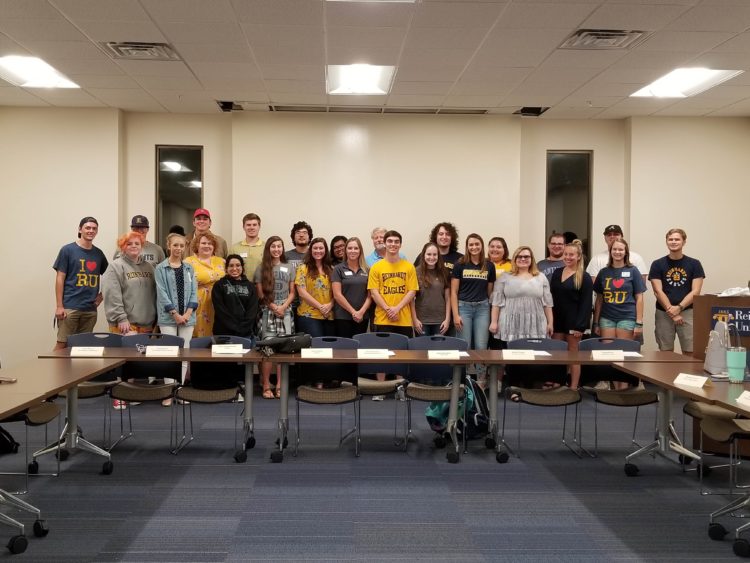 The Senate training began with formal introductions of all those present along with an icebreaker to get everyone engaged. After the introductions, Cochran led the student senators through a training of procedures and requirements to be followed this year. The training involved an introduction to Robert’s Rules of Order, examination of the budget, introduction to presence and a review of the Student Government Association’s goal.

One of the goals discussed is the promise Student Government made to become better stewards of the funds allocated to them. Part of the action taken to achieve this goal is to ensure the funds spent are directly reflective of the Student Government Association’s Mission Statement and goals.

After the training, senators used their knowledge to discuss and vote on the first senate proposal of the year. This proposal was presented by Jessie Fanczi asking for money to better her Resident’s Assistant Global Citizenship Event. The money requested for this event would be used to fill shoe boxes for Operation Christmas Child. After questions and discussions, the proposal passed unanimously.

The Senate Meeting concluded with a review of future campus events and voting on the faculty and staff homecoming awards.

All Student Senate meetings are open to the public, and the Student Government Association Constitution, bylaws, meeting minutes and events are all located on the Presence website. The website can be reached by typing Reinhardt.presence.io into your computer browser or downloading the Reinhardt Campus Events app from the App Store or Google Play. You can also follow Student Government on social media: Reinhardt_sga for Instagram and @reinhardtsga for Facebook and Twitter.