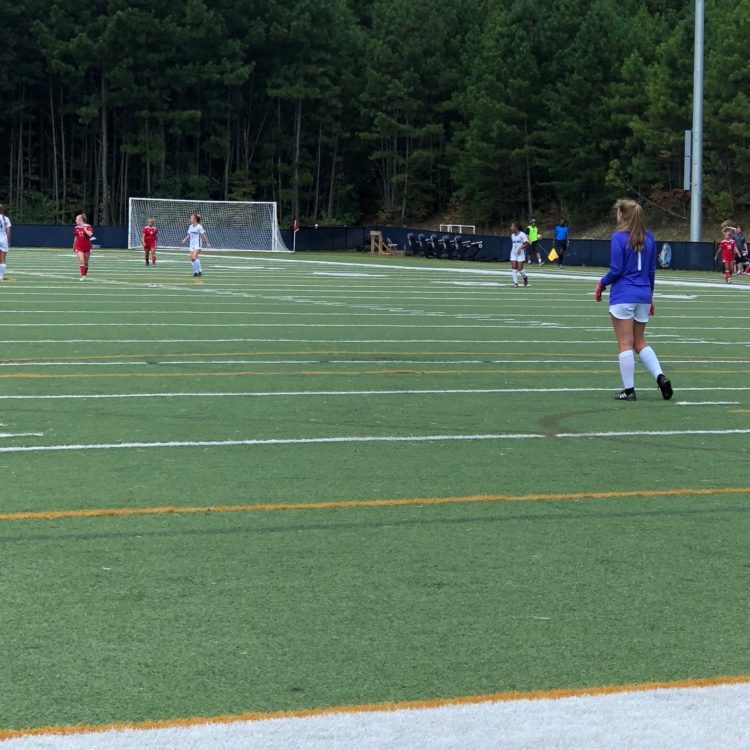 WALESKA, Ga. –   Many have stood out this year among many different schools in women’s soccer, but this week, it was Caroline Johnson taking the Appalachian Athletic Defensive Player of the week. The league office made the announcement on Sept. 24th after Reinhardt’s win against Bluefield College.

This is the second time in her young career that Johnson takes home this award. In week one, she joined teammate Kaitlyn Lauk in winning Conference Players of the Week. This week, she joins Columbia College’s Ruby Hallam, as the players who received player of the week.

Johnson has a season total of 61 saves so far. She stopped seven shots against Milligan and one against Bluefield, while only allowing one goal within both games that week.

Starting on a collegiate team as a freshman can be nerve-wracking. When asked how she keeps calm before games, she replied, “I pray before every game to get rid of the nerves.” Johnson also stated that listening to music before games help her get focused.

Jonson started playing soccer when she was 4 years old and was inspired by Tim Howard & Hope Solo. Both goalies meant a lot to her growing up and helped model her game into what it is today.

Johnson is driven by her chance to be a student-athlete, which she states “not everyone gets.” This unique opportunity helps her strive to do well on the field, but more importantly off the field, where she puts a huge priority on classes.

The Lady Eagles are on a two-game winning streak as they advance to their next opponent, St. Andrews University. This matchup takes place Sept. 30 at 3 p.m. at Ken White Field at University Stadium in Waleska, Ga. Johnson is looking forward to playing another outstanding game and hopes for another chance at being player of the week.