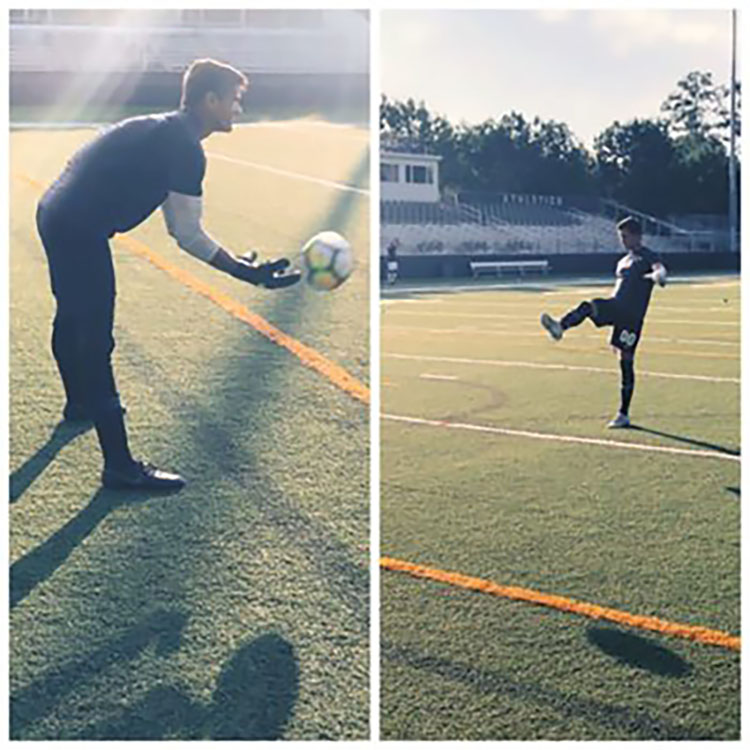 WALESKA, Ga. – On August 30, our Eagles took a win against SCAD- Savannah Bees. In this Tuesday night match-up, Reinhardt showed why they are nationally ranked. With the consistent offense and relentless defense, Reinhardt moves on with a 2-0 record. This week’s game stat leaders consisted of multiple players, including sophomore Aaron Whitten, sophomore Trevor Robinson, junior Taylor Gray, and senior Todd Fidler.

In the first period, both teams fought hard, and no points were scored until 43:19 when Trevor Robinson assisted Taylor Gray on his goal to break the tie and give the Eagles the 1-0 lead. In the 85th minute, Aaron Whitten kicked in the insurance goal to finish off the visiting  Bees 2-0.

Coming off the 2-0 win over Martin Methodist the Saturday prior, it was important for Reinhardt to pick up another

win on the young season. Defensively, there was no comparison. The Eagles swarmed to the ball, forcing SCAD to commit 12 fouls, including a yellow card against Jayden Corbridge. Senior goalkeeper Torge Wiedenroth built off of his Appalachian Athletic Conference Defensive Player of the Week performance by saving 3 of SCAD’s 7 shots on the night without any to end up between the pipes.

The offense also clicked, as they outshot their opponent 19-7. With 12 of those shots on goal, SCAD goalkeeper has a busy night, ending the game with 5 saves. The Eagles also attempted 9 corner kicks, compared to SCAD’s 3. Overall, Reinhardt’s team outplayed SCAD in every aspect of the game.

The Eagles take the field next on Sunday, September 2nd to face Cumberlands University for the first road game of the year. After this, the Eagles open up AAC play against Bryan College Saturday, September 8th.