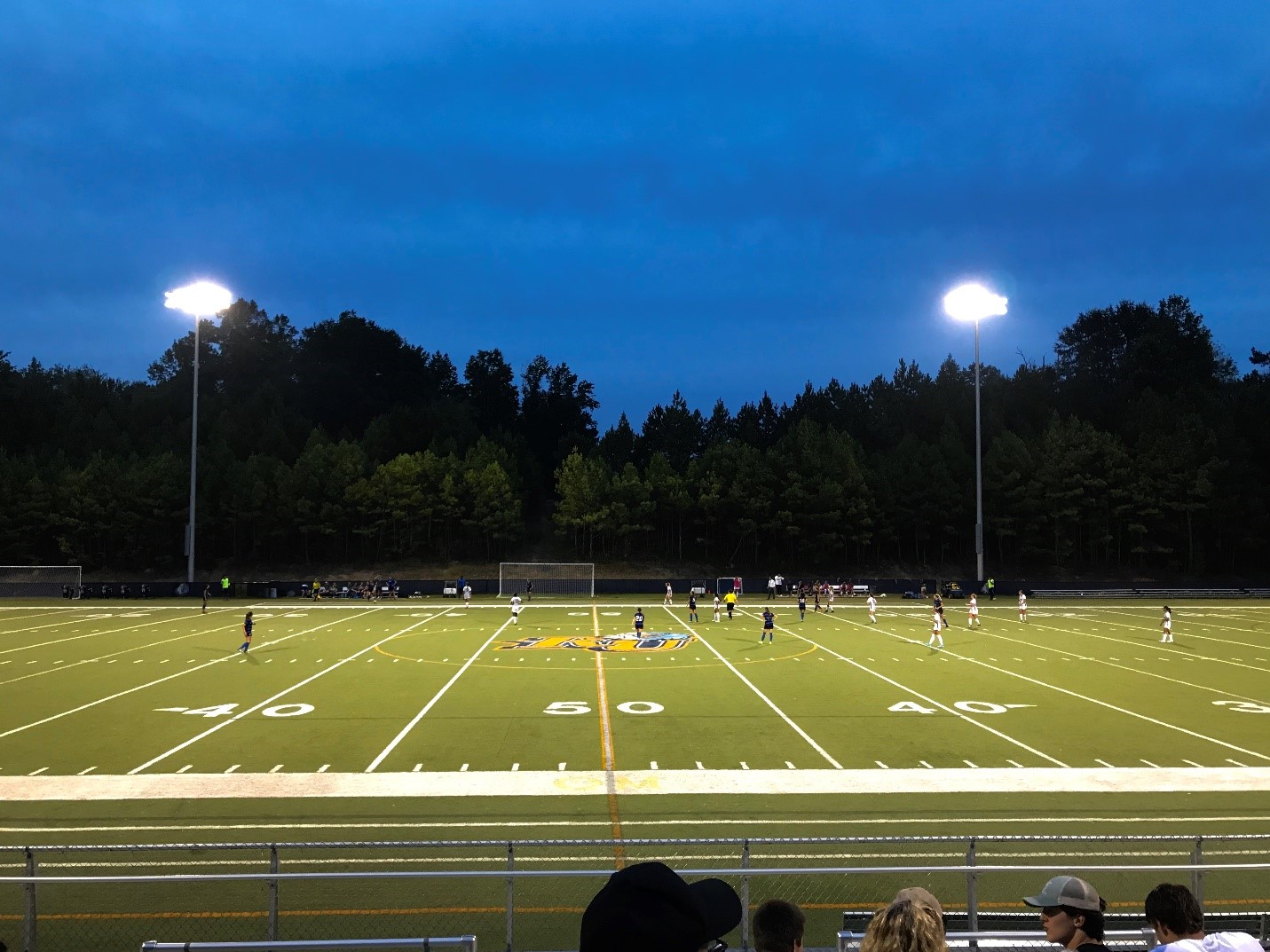 WALESKA, Ga. – On Sept. 5, our Reinhardt Eagles took on NCAA Division II Shorter University Hawks at Ken White Field in their fourth game of the season, finishing with a strong 3-1 victory. Last year, both teams tied 2-2 in double overtime.

Adrien Merrilles was the star of the first half. She started with a shot that went wide for the Eagles. Just a few minutes later, it was Merrilles again, this time netting a goal sent from senior Jane Howell to give the Eagles the lead in the 18th minute. After a shot on goal by Howell, Merrilles snuck another ball by Hawks goalie Sydney Durham in the 24th minute to put the Eagles up 2-0. With a great first half, the Eagles took a comfortable lead going into halftime.

The second half started slow, with over a half hour passing without any goals, but in the 80th minute, freshman Kaylee Haas scored from a nice one-touch setup by Brianna Smotherman. The scoring wasn’t done, as Shorter’s Bianca Martins Da Silva ended the shutout with a well-placed ball slipping past goalie Caroline Johnson in the 87th minute. Although the game ended 3-1, the final score did not reflect the close game both sides had played.

In the end, Reinhardt had a total of 15 shots while Shorter shot 10. Freshman goalkeeper Caroline Johnson had three saves in the win, while Sydney Durham notched eight. The Eagles played very well defensively to keep the Hawks out of their attacking third most of the game, only allowing Shorter four shots on goal, compared to the Eagles 11. The Eagles will be working hard to prepare for Bryan College (Tenn.) in the Appalachian Athletic Conference. The game is Saturday, September 8. Kickoff is at 5:30 p.m. at Ken White Stadium.