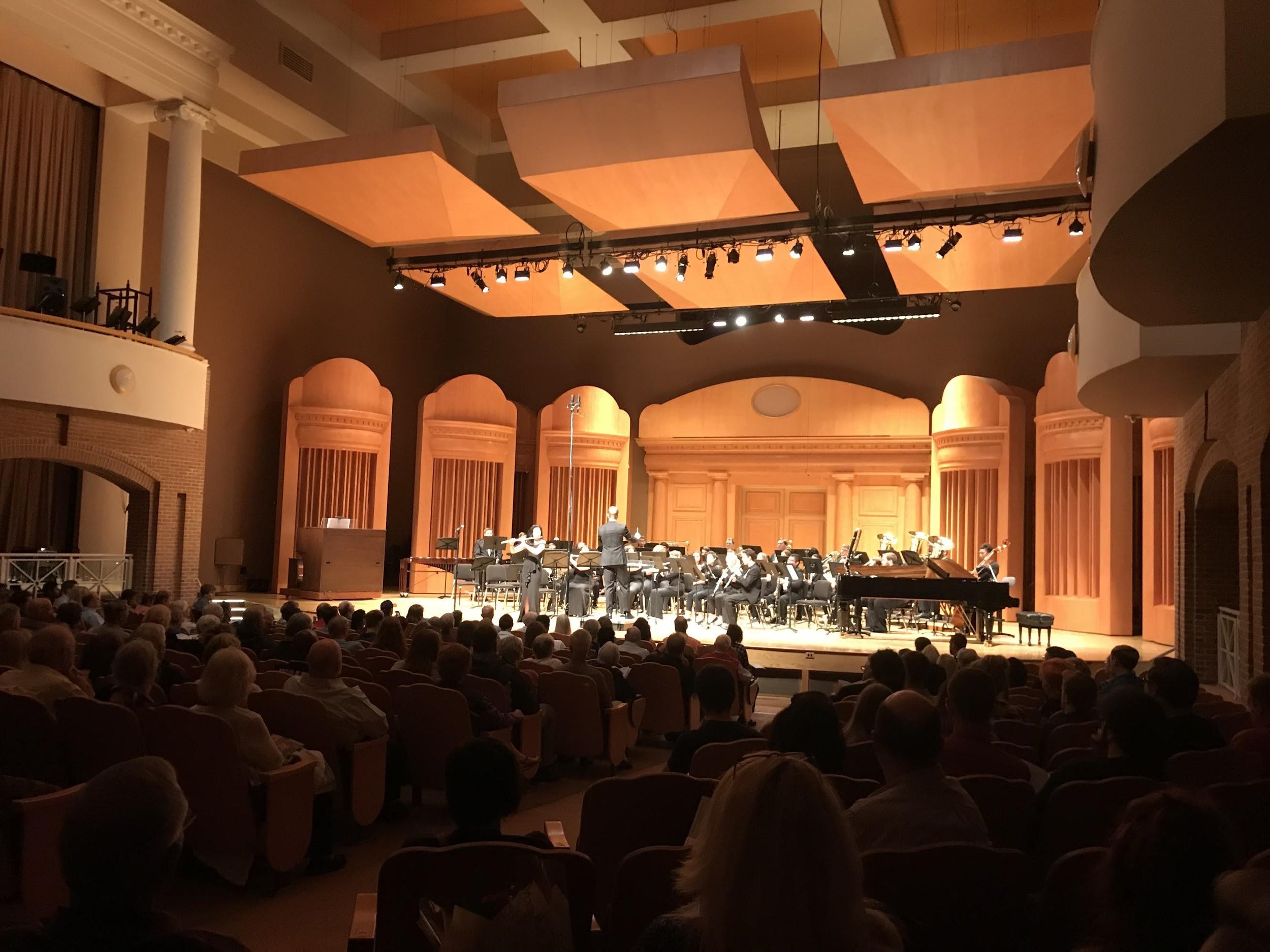 As Daniel Kirk, the conductor, came on stage, the excitement in Flint Hall continued to build. The night started off with an elegant performance of the Canzona per Sonare composed by Giovanni Gabrieli.

After a soothing start to the event, the next piece did not disappoint. Cathedrals, written by Kathryn Salferler, was delivered with an up-tempo and loud roar from the instruments, setting the tone for what was to come the rest of the night.

The main highlight of the night was the Flute Concertino, orchestrated by Cecile Chaminade. The performance was so awe-inspiring that it had everyone standing on their feet by the end of the piece. As the song concluded, the audience could not hold back their applause after what they had heard.

Intermission gave those enjoying the concert a break between pieces. With how impressive the first act was performed, attendees were expecting a marvelous finish.

After intermission, the second act opened with the Resonances, composed Ron Nelson. The performance was followed by a breathtaking finale of Angels in the Architecture, written by Frank Ticheli. As the night ended, the Reinhardt community witnessed an impressive start to the new FPAC concert season.