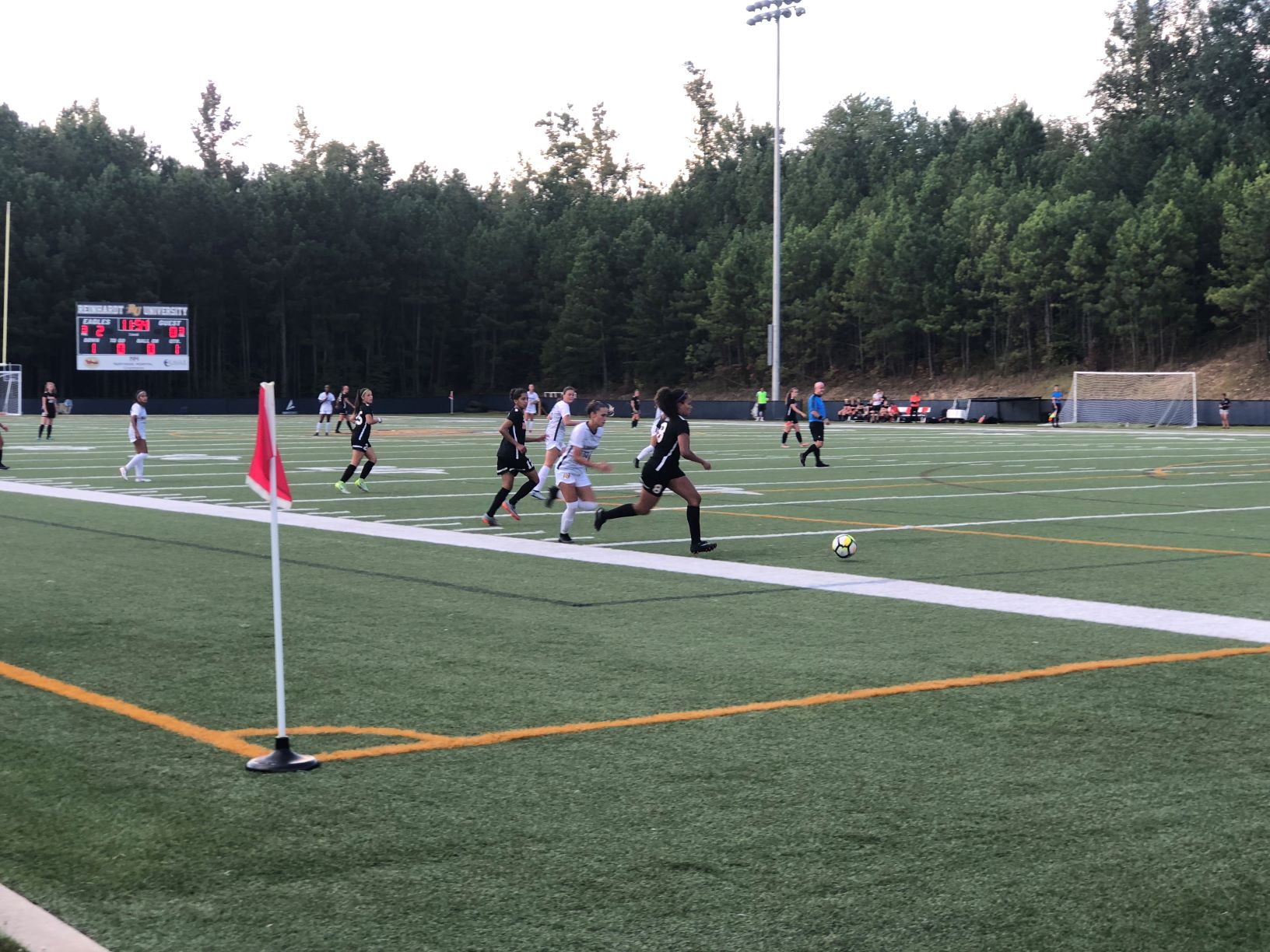 WALESKA, Ga. – Our Reinhardt Eagles Women’s Soccer team defeated the Bryan College Lions on September 10th for the first conference win of the year. During the Appalachian Athletic Conference match-up, our fellow student-athletes were able to hold on to a slim 2-1 victory. With this win the Eagles women’s soccer advances to 1-0 in the AAC.

The Lions jumped out to a 1-0 lead off of Jessica Chaveiro’s goal at 17:29. However, that lead barely lasted six seconds as our Eagles responded right back with a score from junior Adrien Merrilles as she ran right through the Lions defense.

The game was a tough back-and-forth all day as both sides remained tied until the 84th minute. Merrilles attempted another shot that hit the crossbar, but freshman Brianna Smotherman was in the right spot to get the rebound and hit a shot into the back of the net. The Lions could not respond with any more shots, giving our Eagles with a 2-1 win.

The Eagles had a lot of players stick out such as freshman Caroline Johnson, who blocked a half-dozen shots in Saturday’s night standoff. Merrilles accumulated a total of nine shots with five shots on goal. Out of all nine shots, Merilles got one goal and one assist. Brianna Smotherman had a total of three shots with one goal. Both the Lions’ Ana Ramirez and the Eagles’ Whitney Hancock received yellow cards in the match.

The Eagles will continue their home streak win as they take on Union College on Wednesday at 5 p.m. at Ken White Field at University Stadium. For more news and updates about Reinhardt athletics follow our social media platforms: