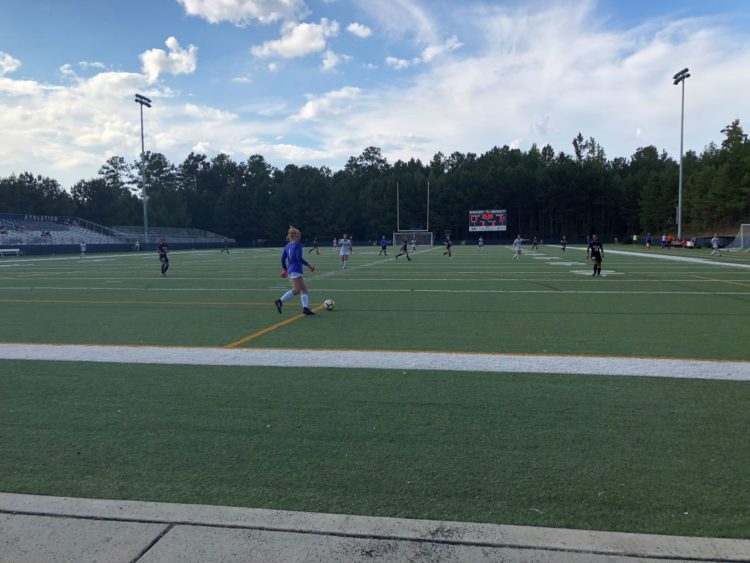 WALESKA, GA. – On Sept. 12, our Reinhardt Women’s Soccer team faced off against Union College with a two game win streak on the line. After the match, our Eagles moved onto a three-game winning streak beating the Bulldogs 3-0 in the Wednesday night match-up. The team displayed extraordinary teamwork to achieve the shutout. The Eagles are now 4-2 overall and 2-0 in the Appalachian Athletic Conference

The Eagles played a phenomenal game by keeping possession of the ball from the very start, taking four shots before the Bulldogs had a chance to shoot one. The tie was broken by Kaitlyn Lauk with a great assist coming from Jane Howell in the 22nd minute. The Eagles would quickly double their lead with another goal from Lauk, with the assist coming from Adrien Merrilles this time. no more goals would be scored until 87:31, when Merrilles kicked in a goal of her own.

Both teams played physcially, accumulating 22 fouls on the game, with 14 on Union and 8 on the Eagles. Overall, Union had 4 cautions, with Paula Delgado, Kristen Meece, Madison Meyer and Maria Nylund each receiving one.

The Eagles were very aggressive and out-shot the visiting Bulldogs 19-12. Out of all those shots, the Eagles took 11 shots on the frame and Union only took six. As for goalies, both goalies faced plenty of action on the night. Reinhardt goalie Caroline Johnson accumulated a total of six saves in her 90 minutes of action to win the game, Union goalie, Haille Hinthorne, accumulated a total of eight saves.

The Eagles will try to continue their win streak as they advance to their next opponent, Truett-Mcconnell University. This match-up takes place September 15, 2018, at 1 pm at Ken White Field at University Stadium.