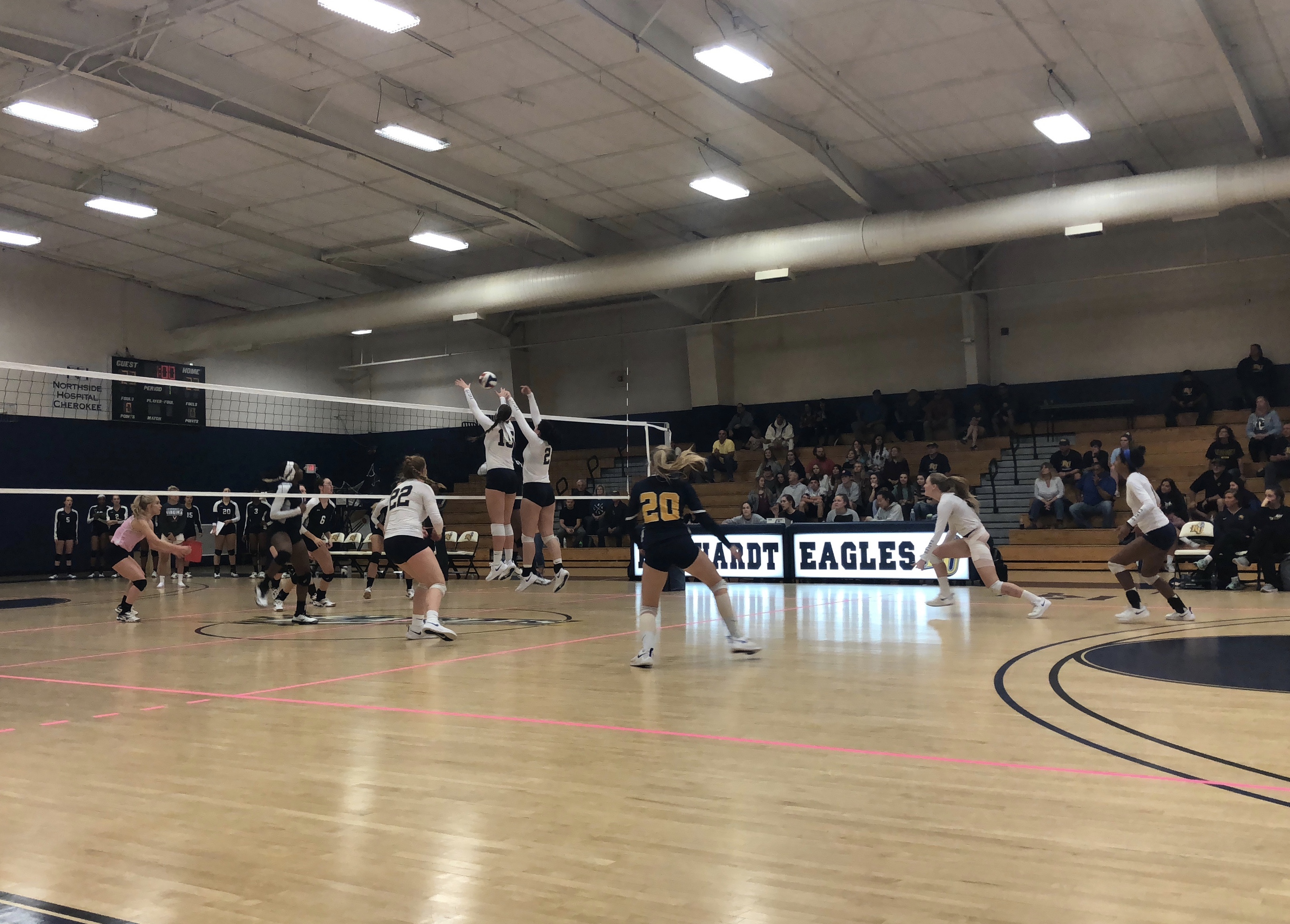 WALESKA, GA – The Reinhardt University Lady Eagles junior varsity volleyball team played their final game of the season on Saturday, Oct. 20, and it is safe to say that they ended their season on a high note, sweeping Southern Union State Community College in three consecutive sets.

Freshman setter Danielle Christopher said, “it is really sad that season is over, but it’s great to end on such a high note.”

The Lady Eagles started off the game in a close battle with Southern Union that indicated that the game was going to be a nail biter.  Though the Lady Eagles did win in three straight sets, they were all won by a margin of fewer than five points.

A highlight of the game was the game winning kill by Beau Wilkins. It was a 2 ball (high ball set to the middle of the court) that Wilkins hit straight down to secure the win.

Freshman outside hitter Kaitlyn “K.J.” Rieke led the team in kills with seven.  When asked about how she felt about the season ending on such a high note, she said she feels “happy that [she] was able to improve so much throughout the course of the season.”

Though the RU JV volleyball season has come to a close, varsity volleyball is still competing and has a home game on 10/23 against the Point University Sky Hawks.  This is the last home game for the Lady Eagles and is also senior night.