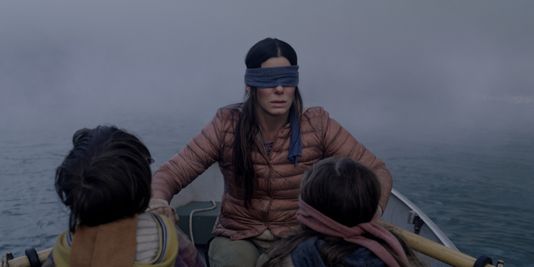 Waleska, GA.- The Netflix original movie, Bird Box, gained popularity days after it was released. The science -fiction-crossed-horror-movie takes place in a world where looking at this unknown creature drives you to suicide. It is described as a monster that makes you see your worst nightmare, and it causes such mental pain that you try to kill yourself. The part of the community that is still left alive has to wear bandanas or some type of clothing around their eyes so they do not see the monster.

This setting and background of the movie has actually inspired a viral trend, called the Bird Box Challenge. People put something around their eyes and try to do different activities while being temporarily blinded. Some of these include going around in shopping centers, just going around your house, and some even as extreme to do it while driving. I think it is safe to say that this challenges is dangerous and should not be tried at home.

One of the challenges took place where a 17-year-old from Utah tried the challenge driving, and got into a car crash. She pulled her beanie over her eyes while driving and ended up driving into the other lanes and hitting another vehicle and a light pole.

As this challenge has caused a lot of injuries that have been posted all over YouTube, the platform said that they were going start pulling down any of the dangerous challenge videos. They don’t want the challenges on their website and they do not want it influencing any of their viewers.