Reinhardt Wrestling Prepares for the Tournament 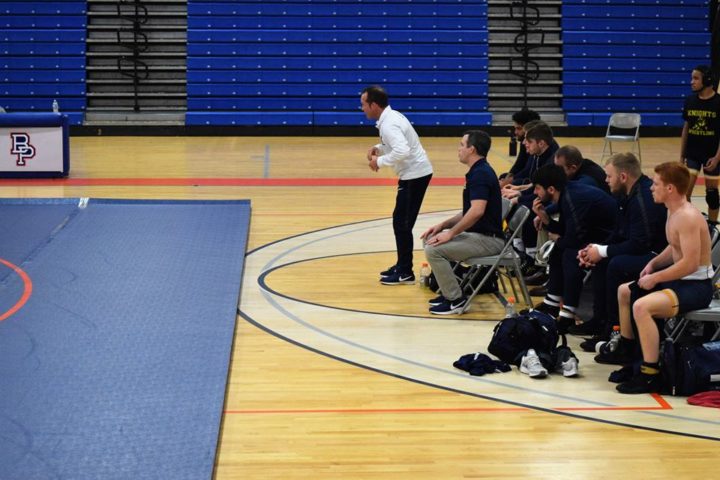 WALESKA, Ga.- The Reinhardt University Eagles Wrestling Team travels to Marshall, Mo. on January 17th to compete in a two-day tournament at Missouri Valley College. This will be one of the toughest tournaments they will partake in before the National Tournament in March. The Eagles have had an exceptional season this year, with their only two losses as a team coming from the Division 1 rival North Carolina State, and a loss from the Division 2 UNC Pembrook Braves. After taking those two losses back to back, the team has been on a strong journey forward.

The Eagles beat Life University’s Running Eagles, ranked 7th at the time of the match, at home by a score of 26-18. Life University saw themselves in the National Wrestling Coaches Association (NWCA) finals January 5th. Although taking a loss from the number one team in the nation in the finals, it goes to show just how well Reinhardt’s program has been faring this year.

The Eagles were supposed to hold another dual match this past Sunday on the 13th with another AAC rival West Virginia Tech. This home match was canceled due to the inclement weather West Virginia Tech faced while trying to travel to Waleska.

Your Reinhardt Wrestling Eagles will be back home on January 24th 7 PM to wrestle AAC opponent Allen University. The Eagles then close out the month of January with a Tri-Match on Sunday the 27th 1:00 PM against two NAIA opponents, University of the Cumberlands Patriots, and the Southeastern University Fire.