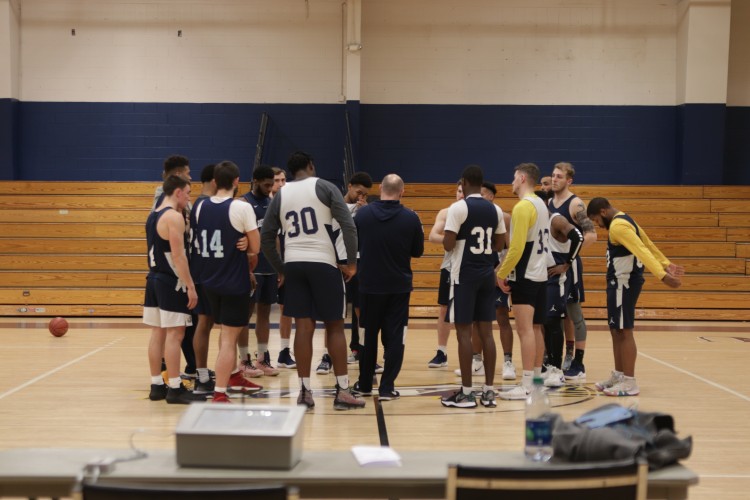 WALESKA, Ga. – The Reinhardt Eagles are 10-9 with 8 games left in their season and are 7-7 in the AAC (Appalachian Athletic Conference) with 4 conference games remaining. The Eagles have a total of 1603 points with a field goal percentage of .419, averaging 29.7 points per game with a 3-point field goal percentage of .329, while averaging 8.5 per game this season. Their free throw percentage is .676 (16.5 per game), with 36.6 rebounds per game for a total of 695 rebounds this season. In conclusion of statistics, they have 8 steals per game and a 166 overall… while their opponents have had a total of 92 steals.

On January 19th, the Eagles faced Tennessee Wesleyan University after losing 101-78 against Allen University (S.C.) in their last game, and bounced back to beat Tennessee Wesleyan 97-87. Senior Latroy Strong scored 30 points and Sophomore Michael Mays and Samuel Bunkley put away 15 points each to secure the win. Number 22 is going up for a dunk. Photo Credit: Tyler Goins