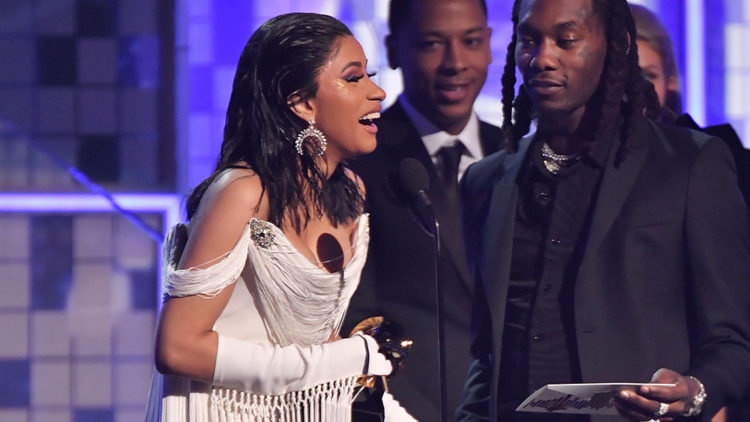 WALESKA, Ga — Cardi B is the first solo woman to win a Grammy for the best rap album. The “Invasion of Privacy” artist took the title over other artists such as Nipsey Hussle, Pusha T, Travis Scott, and Mac Miller. Joined on stage by her husband Kiari Cephus, better known by his stagename Offset, and her daughter Kulture, Cardi delivered an emotional speech, “I want to thank my daughter, I’m not just saying thank you because she’s my daughter. It’s because, you know, when I found out I was pregnant, my album was not complete, like three songs that I was for sure having. And then you know, you know how it was, we was like, we have to get this album done so I could still do videos while I’m still not showing. And it was very long nights.”

While on stage about to give her speech, Cardi admitted that she was nervous and joked to the audience, “The nerves are so bad. Maybe I need to start smoking weed.” Cardi’s sense of humor is another trait that her fans admire, and this Grammy for best rap album an encouraging victory.