Dungeons and Dragons: An Evening of Thrills and Fantasy 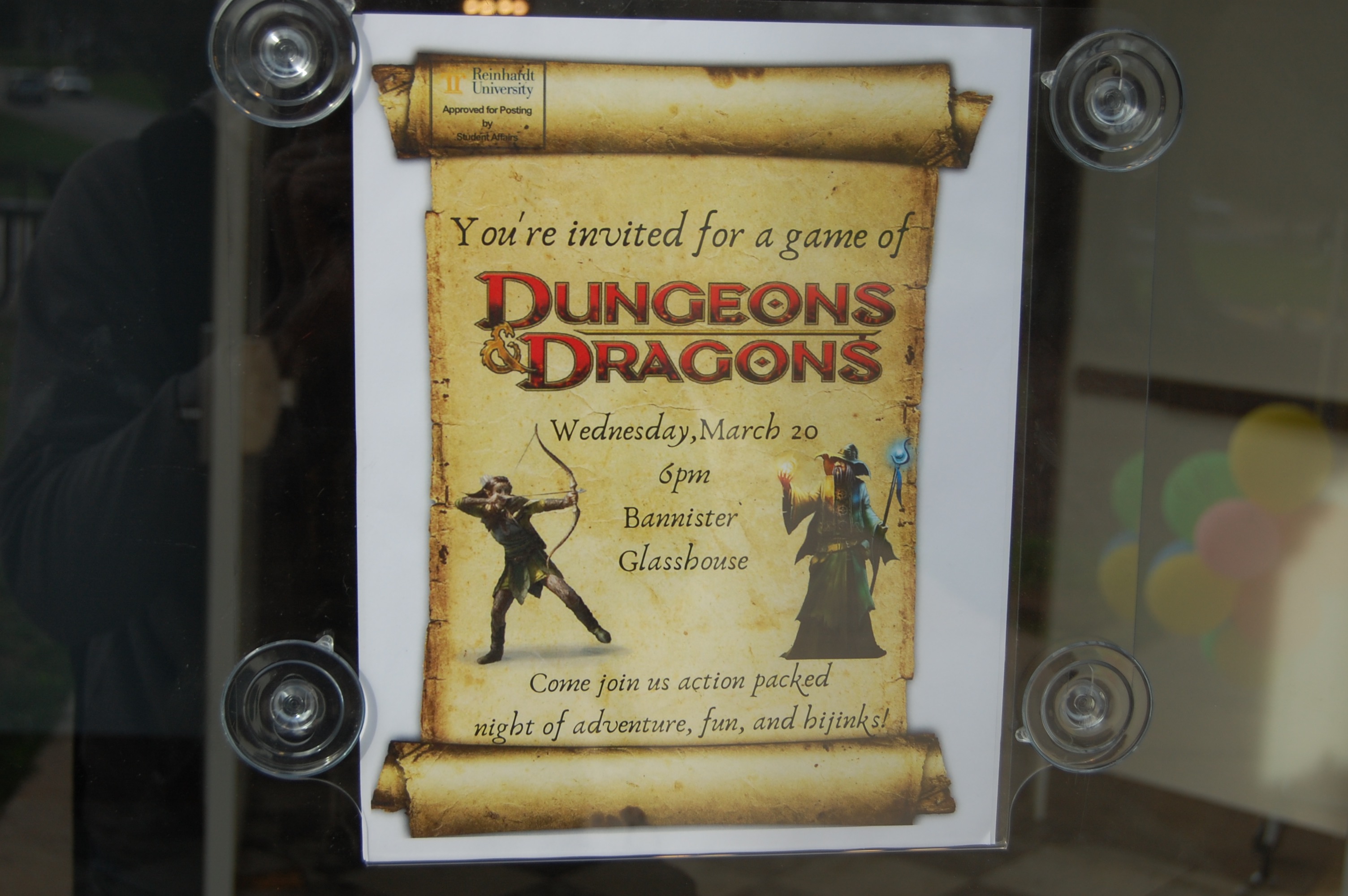 WALESKA, Ga. — The Student Activities Council hosted a Dungeons and Dragons (D&D) themed event Wednesday, March 20th in the Banister Glasshouse. Brianna Moore and Amber Evans, who co-founded the club, oversaw the event. According to student activities member, Sloane Day, “there will be two different campaigns on two separate days, headed by Moore and Evans: one beginner and the other advanced course to help people who are unfamiliar with the subject to get accustomed to the rules of the game.”

Reinhardt has had Dungeons and Dragons clubs in the past. As Ms. Days explains, “the club was started a year or two ago, stopped for a while, but is coming back.” This time, Evans and Moore have worked to involve students and to develop intriguing nights of unique characters, storylines, fantastical situations, monsters, and thrills.

Dungeons and Dragons is a tabletop fantasy role-playing game set in an imaginary world based loosely on medieval myths. It premiered in 1974 and became popular in the late 1970s and 1980s. The game has since become an important facet of popular culture. Players can create their own characters and decide their gender, race, strengths, skills, weakness, power, sexuality, etc. Choices and actions made by the player are decided by the role of dice.

Anyone who is interested in attending the event or joining the club can contact Amber Evans or Brianna Moore at any time.