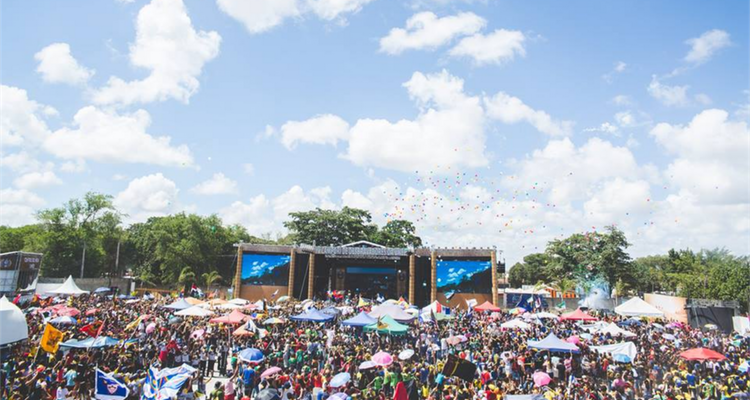 The Netflix documentary, “Fyre: The Greatest Party That Never Happened,” investigates the infamous Fyre Festival and its co-founders Billy McFarland and 90s rapper Ja Rule. The pair started the festival in 2016 to promote their new talent booking agency with the same name, Fyre. McFarland bought an island in the Bahamas, Norman’s Cay, and promoted it to consumers as Pablo Escobar’s former island. Popular supermodels including Halle Baldwin, Bella Hadid, and Emily Ratajkowski appeared in the advertising video for the Fyre Festival, and over 300 social media stars posted a burnt orange tile on their Instagram to fill followers’ feeds with promotions for the event. 90% of tickets were sold in the first 48 hours, with prices ranging from $450 to $100,000. People got ready for the best week, or two weeks of the summer. Upon arrival, excited attendees discovered a different scene than the promotional material advertised: reused hurricane tents and processed cheese slices on stale bread. McFarland did not have enough time to build the luxury villas, tents, and stage. Why is it that the festival was such a huge disaster? And what should you take from this documentary?

The film gives audience members a deeper insight into the inner workings of Fyre Festival and provides a definitive timeline to when the idea of Fyre and Fyre festival came to be and the disaster that was created in the Summer of 2016. The Netflix documentary interviews multiple people who were involved with Billy McFarland at any point in time, whether it be from his former company, Magnises, or the employees who worked directly with McFarland on Fyre Festival itself. The Hulu film, “Fyre Fraud,” focused more on telling both sides of the story, from people who supported McFarland, such as himself and his significant other, as well as talking with people who worked on Fyre as well. Even though I watched both films, and recommend that the consumer watch both as well if you only want to watch one movie I would watch the Netflix documentary. The Netflix documentary is more professionally done. It interviews people who were in direct contact with McFarland every day, for multiple hours a day, for around five months. The Hulu documentary seems as if they were picking up the scraps that the Netflix documentary left over and even though they had the opportunity to interview McFarland, it didn’t add anything to the story. It just seemed as if McFarland was doing the interview as a redemption piece so that people would see him as not as bad of a guy as this incident made him out to be, so people will begin to trust him again and his future projects. The interview was just him back-pedaling, contradicting himself, and making excuses. The Netflix documentary has received some backlash because it was produced by a company called, F*ck Jerry, who worked closely on the production and social media advertising of Fyre Festival and filmed most of the candid footage seen in the documentary. The Hulu Documentary interviewed a former worker of F*ck Jerry, who told them that they had a bigger hand in Fyre Festival than the current production company led you to believe, and they weren’t as ignorant to the ongoings of Fyre as the Netflix documentary led you to believe. This is why I encourage audience members to watch both films to get both sides of the story.

I do not like that the films have also been giving more attention to the perpetrator in question, Billy McFarland, which is exactly what he wanted to receive from his multiple business ventures and scams, such as Fyre Festival and Magnises, to get more publicity then find more investors to give him money to make another scam. But in defense of the film, the whole story was just a meme on Twitter for about a week, or a month then was forgotten about and, the public moved onto the next thing. No one knew the inner workings of Fyre Festival until the documentaries surfaced, so people know what to do as consumers and what to watch out for, as well as expose McFarland as the criminal that he is and continues to be. Hopefully, through the documentaries, McFarland does not bring up new business ventures, such as he was trying to do in the past with the 2017 Fyre Festival.

One thing that the audience should take away from the film is DO NOT go to a festival without doing proper research and see the signs of a scam. The Fyre Festival Instagram was posting recycled pictures from the same photoshoot that was shot in Norman’s Cay, which was not factual. None of the people got to see the progress photos from the place they were going to stay in. So some decided to ask the Fyre Festival Instagram account some standard questions about their 1 to 2-week stay. The account directed them to their Fyre Festival FAQ email, but the emails sent were never returned. Then the Fyre Festival Instagram account, rumored to be run by Grant Margolin, started deleting all questions, flagging specific words and blocking users from commenting on posts at all. From all of these suspicious actions, these consumers should be reasonably concerned, and hopefully, they would ask for a refund after they’ve smelled a scam, but the majority of people just wrote it off as a weird incident and decided to still go on the trip. Then they were introduced to the Fyre band, which encouraged users to put over 3,000$ on an electronic band so they can pay for activities on the island despite already paying thousands of dollars on a weekend ticket. Some festival-goers were even being yelled at over the phone being demanded to put money on their bands. But despite this, people still decided to go. Little did they know that the money on these wristbands would be going to pay off McFarland’s debt and since there was little to no internet on the island, if the wristbands were legitimate, they wouldn’t have worked anyway. After all of these events, the people who decided to go were met with a barren wasteland with dingy tents. If these people would have noticed the signs beforehand, they would not be as upset when they watched the other poor souls on the island that had to sleep on wet beds from the storm the night before.