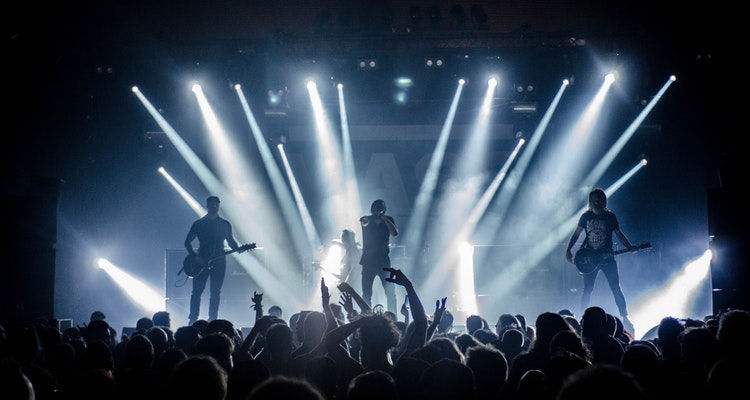 WALESKA, Ga. — Recently songs on the Billboard Top 100 Chart have been stagnant, with “7 rings” by Ariana Grande, whom we analyzed in a previous article, is at the number one position for eight-weeks since the time of its release in early January 2019. The top three songs are also just a mixture of songs who have been on the chart for multiple weeks just going slightly higher or lower in ranking. Not a lot of newer songs, in the past month, have been able to make it to the higher ranking of the Top 100 Chart.

The only notable entry into the Billboard Top 100 Charts was a song called “Sucker,” released on March 1st, 2019, by the world famous band, The Jonas Brothers. With the last song the Jonas Brothers released, “Pom Poms,” coming out in 2013, This is the first song in almost 6 years that the brothers have released together. They went their separate ways after their aforementioned song seemingly bombed on the charts, which in my personal opinion was because they came back too fast from their hiatus after leaving their parent company, Disney, with which they spent over half a decade. Since then the Brothers have done their own personal projects, with Joe Jonas starting his own separate band DNCE – notable for songs such as “Cake By The Ocean” and “Toothbrush.” Nick Jonas, during the hiatus, rebooted his acting career by starring in  “Scream Queens” and “Jumanji,” as well as releasing popular chart-topping songs like “Jealous” and “Close ft. Tove Lo.” Kevin Jonas has mostly stayed away from the limelight and had two beautiful daughters, Alena Rose and Valentina, with his wife whom he married in 2009, Danielle Jonas. The band decided to get back together after filming a documentary of their life as The Jonas Brothers with the popular company, Amazon Studios. During the filming, they decided that to write and record music together again, because their chemistry was too strong to ignore.

This song has been rising up the chart and, within two weeks of its release, it hit number one on The Billboard Charts. This accomplishment made them the first band in the century to reach this mark. The song is about men so in love with their partner that they would do anything for them, even unconsciously. “Sucker,” is a nod to the Jonas Brothers partners—the aforementioned Danielle Jonas, Nick’s Wife, Priyanka Chopra-Jonas, and Joe’s fiancee, Sophie Turner—who starred in the official music video as the brother’s love interests. The song was produced by Ryan Tedder, who the Jonas’ have shared is the main factor in most of the music they have recently recorded. The song has a soft rock feel to it and complements Nick and Joe’s contrasting voices spectacularly. The lyrics do repeat and reiterate the same narrative of, “This woman makes me do crazy things and I don’t mind it.” My favorite part of the song is the drum solo performed before the last pre-chorus because it adds so much to the song that lyrics couldn’t. The drums in “Sucker” are my favorite part of the song, next to the guitar. I don’t think the lyrics are so notable, which I can get past because the Jonas Brothers were never known for their superb lyrics, they were always known for their instrumental skills and the way they sing those lyrics. I would rate this song an eight point five out of 10. The song shows how the brothers have matured through the new soft rock sound they’ve decided to go for, rather than the pop-rock route they had been doing for the last decade. Overall, I’m excited to see the documentary that made them come back together and to listen to their new music in 2019!