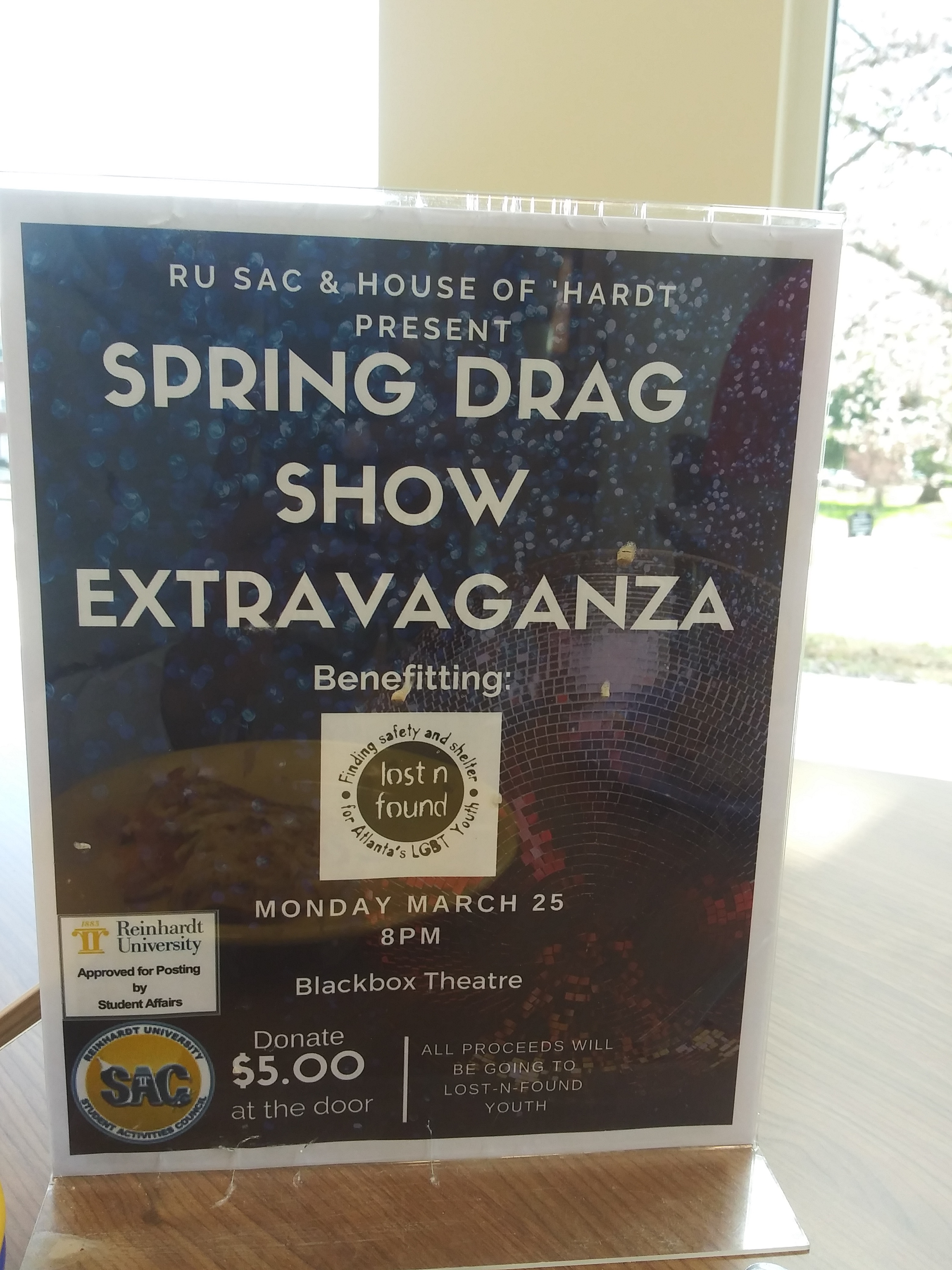 WALESKA, Ga. — The Student Activities Council and the House of ‘Hardt’ hosted a drag show event on Monday, March 25th in the Blackbox Theatre at 8:00 PM. The event was sponsored by the Lost n Found, a nonprofit organization for finding safety and shelter for Atlanta’s LGBTQ+ youth and help with those with HIV/AIDS.  People who came had the option of donating $5.00 at the door. Many people gave money to the cause.

Males and females all took part, men dressed as women and vice-versa. It was a fun time as the various drag queens and kings danced to various music and had such infectious energy that whipped the audience into an absolute frenzy as shown in the video below. Along with dancing, the stars of the show performed a sketch. On top of being entertaining, it was also very educational as there was a trivia game with questions centered around the LGBT community, the history of drag, and HIV/AIDS. The best part of the event was the atmosphere, as it was positive, fun, and carefree.

The students performing as well as the audience gave the event an aura of friendliness, warmth, excitement. The event had a high turnout as well as several students, faculty, family, and friends made the trip. After the event, food and drinks served at the observatory. People could talk to and take pictures with the drag kings and queens.