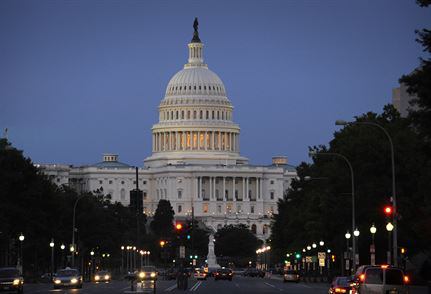 Waleska, Ga. — The United States of America is the land of opportunity.  It has built a legacy of honor, dignity, trust, allegiance and freedom. When we hear these words, we feel proud: proud of the country we have made for ourselves, proud of how we have progressed and proud of who we are now. Moreover, an immense part of this is credited to the people who run this country. I’m talking about the government.  Signed on September 17, 1787, the Constitution of the United States established America’s national government and fundamental laws, consequently, creating three branches of government: Judicial, Executive and Legislative, which is what we call “Congress.” This past Monday, on September 16, 2019, I was able to meet and sit down with representatives Dan Miller and David Minge, who both served in the House of Representatives for over ten years. These two congressmen were invited to Reinhardt University because of Constitution Day in a “Congress to Campus” event to share their experience with several students and faculty.

Dan Miller is a Republican politician from the state of Florida. He represented the state and its 13th district in the House of Representatives. He was elected in 1992 and served for 10 years. Miller was born in Highland Park, Michigan, but moved to Florida during his childhood. When asked what his campaign was centered around, Miller said that he focused on “balancing the budget [and] being fiscally responsible in Washington.” When asked about current world issues like global warming, Miller said that we need to cut back on the causes of it, like reducing coal consumption.

I also sat down with David Minge. Minge was born in Clarkfield, Minnesota and raised in Worthington, Minnesota. Previously, Minge was a Democratic-Farmer-Labor Party member of the United States House of Representatives serving in the 103rd, 104th, 105th, and 106th congresses, from 1993–2001, representing Minnesota’s 2nd congressional district. I also asked Minge what did he center his campaign around. He said, “health care [and] the issue of the federal deficit.”

Additionally, I asked both former congressmen about the government providing a free college education for all U.S. citizens, and what role should the government play in helping its citizens obtain higher education. Minge said, “I support the government helping finance education as the investment in human capital,” adding, “we would have to identify either a revenue source or something else that could be reduced in order to make that happen.” He believes that investment in education is a worthy goal. Now, with an excessive amount of immigrants entering the US looking for new opportunities, I asked Miller about immigrant students that want a college education but can’t take advantage of financial aid.

He said, “I never thought about that.” Minge’s take was “the United States doesn’t have a responsibility to provide the financing for that; that’s not part of the package.” In addition, he stated that “The United States benefits in the end in making educational programs accessible and that the restrictions should be lifted and that would be one approach to it.” He also commented that FAFSA “should not have that type of exclusion.”

To close with a flourish, I inquired Minge what changes in the world would he like to see. He said, “I see the global warming challenge as overwhelming and sort of existential type issue that needs to be resolved on an international basis.” On the other hand, Miller said the issue of the “haves and have-nots world.” He stated, “different countries of the world are just falling further behind,” and how “the wealthy are getting wealthier and the poor and getting poorer.” Of course, it was a pleasure and a privilege to have these congressmen visit our campus and share their knowledge with students and faculty, so for that, we say thank you!