The end of a chaira: Remembering Chairemy Renner 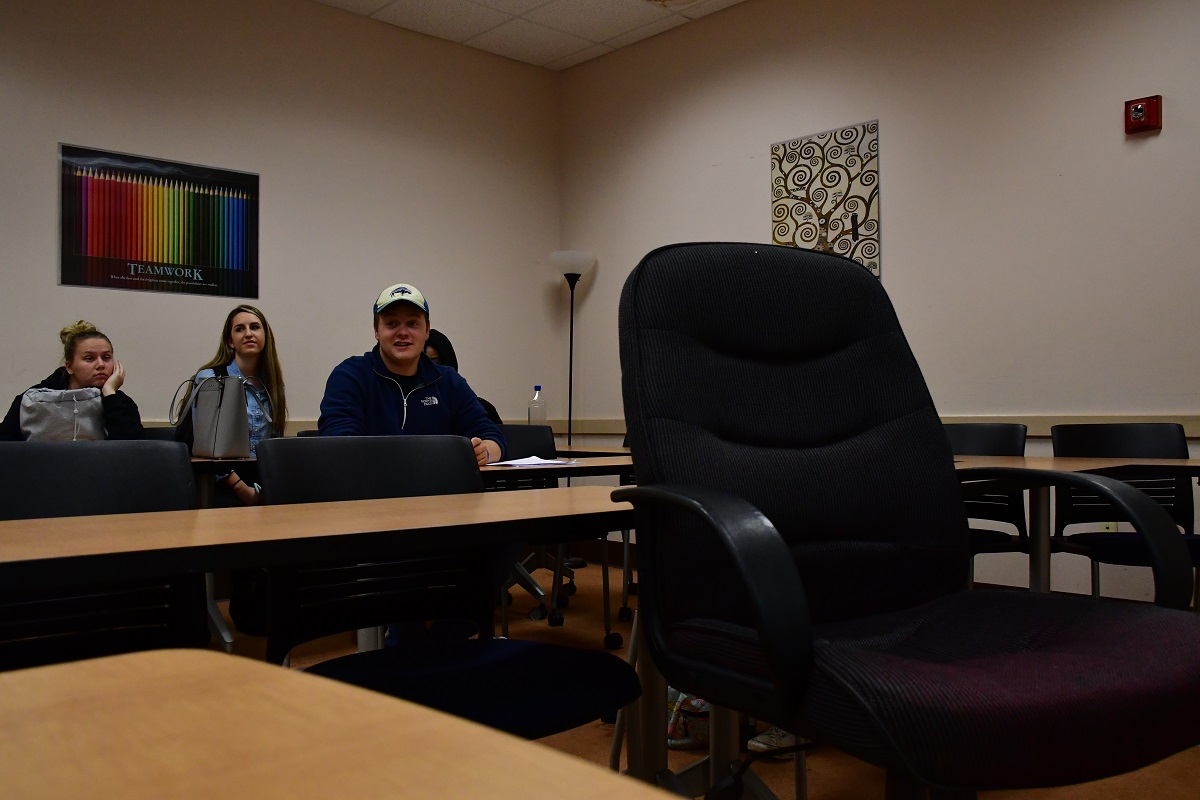 Beloved chairacter actor Chairemy Renner was found deceased in the Eagle Eye Editor’s Conference Room on September 23, 2019. Renner was 21 at the time of his passing, and is survived by his wife, Chairlotte Gertrude Renner, and three beloved children, Chairoline Betsy Renner, Chairles Walter Renner and Sebastian Olimae Renner-Jackson IV.

Chairlotte commented, saying “I am so thankful we came to Reinhardt to live. Other universities, like Baylor, released hurtful statements saying chairs should be replaced every seven to eight years. They also started horrible rumors stating some organizations replace 100% of their chairs every five years! These types of comments would never happen at Reinhardt, and my family will forever be grateful for that.”

Chairemy was born to Easy Go Co. LTD on a brisk autumn morning in September 1998. Renner was often quoted saying his parents turned their backs on him, but never spun back around. This inspired him to earn his Bachairlors Degree in swiveling from Chairzing University in Atlanta, where he met his wife Chairlotte during his freshman year. He obtained a Masters in Civil and Environmental Engineering from Northwestern University in 2007.

Chairemy celebrated many of Reinhardt’s milestones. Rolling into Reinhardt in 1998, the stout lumbar supporter joined the Eagles right before William A. Nevious (1999-2001) was inducted as the 18th president of Reinhardt. Chairemy watched the birth of sixteen different athletic programs, including men and women’s cross country in 1999 and wrestling in 2016. Believing strongly in philanthropy, Chairemy gave a large contribution from the Brown-Whitworth-Renner donation, and he was instrumental in bringing spin classes to the Gin Miller Dance Studio for 13 productive years.

Chairemy was an integral part of Reinhardt’s academic growth as well. After the school achieved its accreditation in 2000, Renner’s famous line of “we spin away from the past and towards the future” inspired students and faculty alike. His decade of leadership at the time helped champion the push for the university to add a graduate program in 2007, a Masters in Business Administration. The change from Reinhardt College to Reinhardt University was one he fought bitterly, as the rate of the campus’ growth made his head spin.

Chairison Ford, chairished friend of Renner, had this to say on his passing: “One of the best to ever spin. You could turn left or right, and Chairemy was always ready to spin with you. Now he’s spinning in that great OfficeMax in the sky.”

Some distinguishing facts about Chairemy include:

His favorite musical artist was Chair, often heard singing to lyrics of “Believe,” her hit song from 1998.

His favorite song was “right round” by Flo Rida, where he was often caught spinning to the lyrics.

His favorite King of the Franks was Chairlemagne, who ruled beginning in 768. He was apathetic about his time as Roman Emperor.

Chairemy was a chairished part of the Communication and Media Studies department and will certainly be missed. His family is using all donations sent in to sponsor a new group of budding chairs that hope to join Chairemy’s department in the coming year.