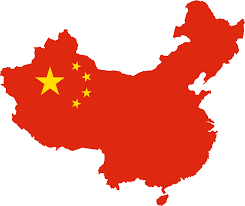 On October 4, 2019, Houston Rockets General Manager Daryl Morey sent out a tweet in support of Hong Kong’s mission for democracy and continued independence from China. The tweet’s simple message, “Fight for Freedom. Stand with Hong Kong,” appeared simple enough to avoid controversy. After all, several players and personnel have spoken out against injustice and fought for what they believed in, but a simple message meant to support democracy and freedom became an international incident that has severely impacted the league, as well as put Morey’s own job in jeopardy.

Two hours after the tweet was sent out to the world, the Chinese Government released a statement, expressing “strong dissatisfaction” with Morey’s words, and stating that they were beginning discussions to sever ties with the Rockets organization. The team’s relationship with China was considered the strongest in the league as recently as last season. Especially since they would play annual games in the country’s main arena and celebrate the Chinese New Year with special edition jerseys. Also, they were the team to draft hall of fame big man Yao Ming, China’s most relevant and successful basketball player. Ming, who now serves as special counsel to the Chinese Government, said he felt that Morey’s support of Hong Kong felt like a “stab in the back” and that he stands with his country. Despite the NBA’s attempts to rectify the situation, the damage had already been done.

The Chinese government put a “soft ban” on the NBA. They ended the shoe deals of several players who had contracts with Chinese sportswear companies. Jerseys were taken off of the shelves. These actions showed the NBA that this was not something that a simple “statement” could fix. This was American values vs. Chinese communism. The situation became much larger than just the NBA.

With the incident occurring just as the Los Angeles Lakers and Brooklyn Nets entered the country for a preseason matchup, there became an even greater sense of tension. China canceled several media appearances by players. They also refused to honor any endorsement appearances by players. The game’s venue, the Mercedes-Benz Arena, decided to tear down posters and remove all sponsorships for the game. No Chinese company wanted to be associated with the league. There was growing doubt that the game would even be played.

During a meeting with NBA commissioner Adam Silver, the players of the Lakers and Nets aired their grievances over the situation they were thrust into by Morey’s tweet. Los Angeles star LeBron James wondered if Morey would receive any kind of punishment from the league, noting that “if a player cost the NBA billions, there would be repercussions. He also wanted the league to speak out on the issue before the players, who were under immense pressure and potential danger. Brooklyn star Kyrie Irving said that “if the situation is one that overtakes the game, then we won’t play.” Silver heard from the players and attempted to meet them in the middle. Morey would keep his job but would have to release a statement. The NBA would also attempt to speak with the Chinese government on how to repair their strained relationship between the league.

The game would take place as scheduled. However, China would refuse to show the game on any media platform in their country, continuing its blackout of the NBA. In total, the league can lose potentially $4 billion over this whole saga, not to mention the millions that players are losing over broken endorsement deals. With a simple tweet, Daryl Morey effectively destroyed the NBA’s relationship with one of its largest business partners. Now, the league is left to pick up the pieces.

-Overall this is a good article, just remember to check the punctuation.