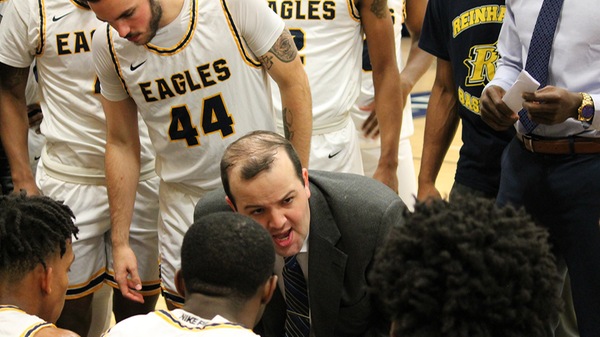 The Reinhardt Eagles (3-5) rode a big first half to notch a win over the Kentucky Christian Knights (1-9), 92-85. This was the first road win in new coach Justin Newton’s tenure in Waleska. After 4 consecutive losses, the Eagles were able to get back to their winning ways to stay away from the cellar of the Appalachian Athletic Conference.

During the beginning of the first half, both teams embarked on a feeling-out process, each squad exchanging missed shots early, with the Knights gaining the lead after 10 minutes had been played. Reinhardt was able to blow the game open with strong defense and timely shot making. After back to back threes, the Eagles went on a 12-4 run to take a 50-40 halftime lead into the break. The 50 points scored set a team season high in points for a half.

In the beginning of the second half, the Eagles would continue to roll, outscoring Kentucky Christian 21-11 in the first eight minutes of the frame.