The coronavirus crisis: The world panics 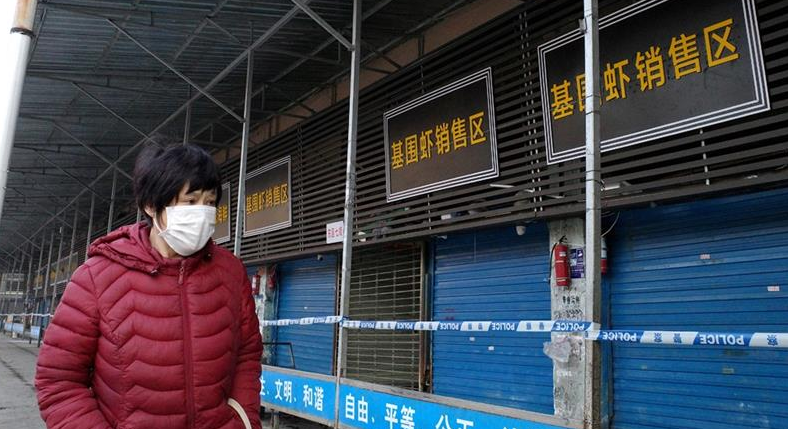 By Cameron Dalton and Philip Frowis

The coronavirus has become a major international terror as it has infected citizens of the United States, several European countries, and Australia, along with many Chinese civilians, and threatens to spread even further. The virus, which originated in a fish and meat market in the Chinese city of Wuhan, with the first reported case on Jan. 10, 2020, has affected more than 22,000 people worldwide in the last month by person-to-person contacts. The spread of the new strain of coronavirus has resulted in the deaths of numerous Chinese citizens, with a fatality rate of 425 in China as of Feb. 3, a number that is steadily growing as more become infected.

What is a coronavirus? The coronavirus is not new. According to Eric Strong, a clinical assistant professor of medicine at Stanford University, we have known about the family of coronaviruses for over 50 years, and chances are that most of us have already been infected by a different type of coronavirus. SARS and MERS have also been coronaviruses. The new type is currently named Novel Coronavirus 2019, but this may change in the next days or weeks.

An informative article in Al Jazeera notes, “Coronaviruses are a family of viruses that cause illness ranging from the common cold to more severe diseases such as Middle East Respiratory Syndrome (MERS) and Severe Acute Respiratory Syndrome (SARS). These viruses were originally transmitted between animals and people. SARS, for instance, was believed to have been transmitted from civet cats to humans while MERS traveled from a type of camel to humans.”

As a result, officials globally are scrambling to find a vaccine. More is being done to understand this novel coronavirus and to stop it from taking more lives. Scientists in Australia are attempting to recreate the virus in an attempt to find a cure.

As a result, the Chinese government is not only trying to minimize the infections but is also working at full stretch to cure the infected patients. More than 1200 medical personnel was sent to the hotspots of the outbreak, and President Xi Jinping committed stronger governmental support with medical and food supplies to Wuhan. Another step to treating the thousands of patients is the building of two new hospitals in Wuhan. The government announced that the construction of the first hospital would take around ten days. The second hospital is supposed to be finished within 15 days.

In response, there have been attempts to mitigate the situation. According to Helen Regan from CNN, “Authorities in China have imposed indefinite travel restrictions on tens of millions of people across 11 cities in an unprecedented effort to contain the spread, as hospitals at the epicenter of the outbreak struggle to handle a surge in new patients.” Because of concern about the increasing casualty count as a result of the disease, the decision was made to shut down all forms of transportation in Wuhan and other cities in China to contain the outbreak from spreading any further.

However, despite such attempts, the fatalities seem to increase as more people are contracting the disease. According to The New York Times reporters Chris Buckley and Tiffany May, “Despite the strict regulations of the Chinese government, the virus has already spread into at least 11 countries, which include Europe, the United States, and Australia.” As of Feb. 3, that number of countries had more than doubled to 24, now including Russia, Scandinavian nations, nations in the The Middle East, and many throughout Southeast Asia, The first fatality outside of China, in the Philippines, was recently confirmed.

The coronavirus has been a cause for great concern in the West as well. On Jan. 20, the first infection of an American citizen by the coronavirus went public. Four days later, the media confirmed a second infection in the United States. The two infected US citizens had both visited Wuhan in January. Emily Baumgaertner of The Los Angeles Times writes, “According to health organizations, both patients probably did not infect other Americans. The American government is now screening travelers at multiple airports to prevent further infections in the United States. Experts claim that the infected people in the US arrived before the screens have started.” In fact, many Americans have been evacuated from China. So far, the CDC has confirmed a total of eleven cases in which the virus has infected U.S. citizens–one in Arizona, one in Massachusetts, six in California, one in Washington, and two in Illinois–and the number could grow even larger.

The population across China is avoiding huge crowds that might lead to further spreading of the disease. It has become vital for Chinese citizens to wear face masks at all times. During the past week, a number of videos have been posted by and about the residents of Wuhan, quarantined in their homes in this besieged city.

If one were to have contact with the virus, there are multiple symptoms to look out for. According to Al Jazeera, these include “fever and cough, shortness of breath and breathing difficulties. In more severe cases, it can lead to pneumonia, severe acute respiratory syndrome, kidney failure, and even death.” Thus it makes sense that transportation in China has been shut down since there is a high chance of the disease spreading when a large group of people engage in contact.

Several health officials and hospitals are doing all that they can to find a solution to the problem. The director of China’s National Health Commission, Ma Xiaowei, warns, “The epidemic has entered a more serious and complex period.”

Only time will tell how bad the situation might get.