Impeached President Trump is acquitted and remains in office 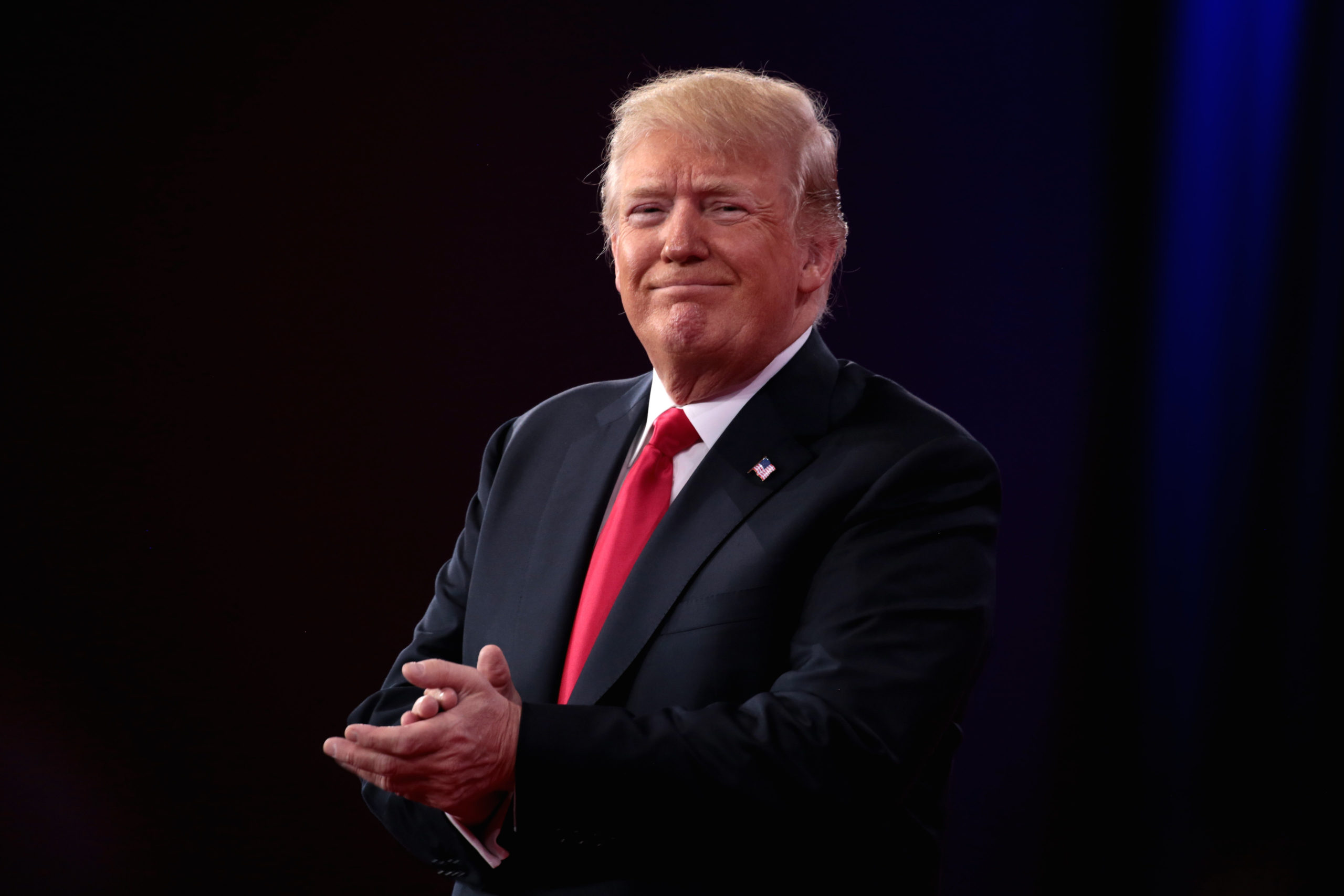 Donald J. Trump will remain our President for now, based upon the acquittal vote in the U. S. Senate trial in the late afternoon of Wednesday, Feb. 5, 2020.  The 52-48 vote to acquit by the Senate, on two charges of impeachment passed by the House of Representatives in late January, fell along party lines except for a lone Republican, Sen. Mitt Romney of Utah, who voted against the President. The brief Senate trial, presided over by Supreme Court Chief Justice John G. Roberts, was fast-tracked by the President’s party, the Republican majority in the Senate, which voted to deny allowing the introduction of additional witnesses and documents during a controversial week in which key evidence from former National Security Advisor John Bolton (who served the Trump administration from April 2018 to September 2019) was publicly revealed but did not become part of the legal record due to the Senate vote.

Donald Trump is now the third president in US history to be impeached; but why? What precisely led the US House of Representatives to impeach this President? Keep reading to better understand the reasons why Trump has undergone this censuring process by one Donald house of Congress.

On Dec. 10, 2019, the House Judiciary Committee introduced a resolution, H. Res. 755, with two impeachment charges: abuse of power and obstruction of Congress. On Dec. 13, the Committee approved the Resolution, and three days later it released a 658-page report that included a file specifying criminal bribery and wire fraud charges as a section of the abuse of power charge.

The first charge, abuse of power, “is generally defined as using the vast powers of the presidency for personal benefit,” according to Jan Wolfe of Reuters. This charge against Donald Trump was based upon evidence that the U.S. President was pressuring Ukraine to dig up information to sabotage Democratic presidential candidate (and former Vice-President) Joseph Biden and his son Hunter; Biden has been one of Trump’s foremost challengers for the presidential elections coming up in November 2020.

Trump stood accused of attempting to secure his second presidential term via acquiring a “quid pro quo” (in other words, a trade of items or services, in which one transfer is contingent upon the other: “a favor for a favor”) cooperation from Volodymyr Zelensky, the president of Ukraine. Trump was accused of bargaining with Ukraine by withholding $400 million in military aid already approved by Congress, as well as withholding a meeting with Ukrainian Pres. Zelensky, in exchange for Ukraine’s cooperation in finding evidence to try to smear his opponent.

Donald Trump is additionally accused of “obstructing Congress via refusing to co-operate with the congressional inquiry.” This is based upon the refusal by the White House has refused to respond to requests by investigators for documents as well as Trump’s reported defiance of the process by urging his advisors and top officials to refuse to honor subpoenas to testify before Congress.

The well-known phone call with Ukranian president Volodymyr Zelensky that got Trump into this impeachment process occurred in July 2019, but the scandal reached public interest in mid-September 2019 when a whistleblower released a transcript of the Trump-Zelensky call indicating that Trump requested investigations into Joe Biden and his son Hunter Biden. In October, the White House acting chief of staff Mick Mulvaney said one reason why Trump withheld military aid to Ukraine was Ukrainian ‘corruption related to the DNC server’, referring to a conspiracy theory that Ukraine framed Russia for hacking into the Democratic National Committee computer system.

On Dec. 18, 2019, the full House of Representatives voted to approve the two articles of impeachment against the 45th President of the United States.

In response, Trump claimed that the call with the Ukranian president had nothing to do with the elections. He additionally claimed that the impeachment inquiry is a “witch hunt” by Democrats and elements of the media. According to Michael Shear and Nicholas Fandos of The New York Times, the President’s lawyers “denounced the case as constitutionally and legally invalid, and driven purely by a desire to hurt Mr. Trump in the 2020 election,” accusing the impeachment of being a partisan attack: “This is a brazen and unlawful attempt to overturn the results of the 2016 election and interfere with the 2020 election, now just months away.”

Shear and Fandos continued, “The president’s lawyers did not deny any of the core facts underlying Democrats’ charges, conceding what considerable evidence and testimony in the House has shown: that he withheld $391 million in aid and a White House meeting from Ukraine and asked the country’s president to investigate former Vice President Joseph R. Biden Jr. and his son, Hunter Biden.”

For now, until the results of the November 2o2o elections are known, Donald Trump remains as the U.S. President.