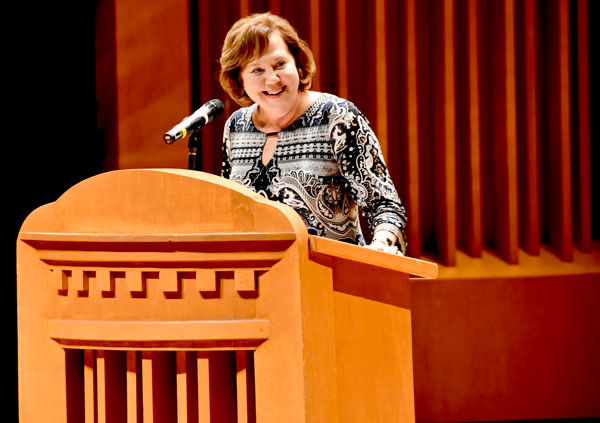 WALESKA, GA – On Friday, Feb. 7, Reinhardt Board of Trustees Chairman C. Ken White announced an immediate sabbatical for President Kina Mallard, effectively relieving her from duty for the remainder of the Spring 2020 academic semester. Dr. Mark Roberts, long-time Provost who was recently named Executive Vice President, will take on Mallard’s former responsibilities for the interim. Roberts told The Eagle Eye, “I am honored to have the confidence of Reinhardt University’s Board of Trustees to lead the faculty, staff and students during President Mallard’s sabbatical. I intend to keep our steady ship moving forward and hope to work collegially with all constituencies to continue Reinhardt’s progress during this interim period.”

This news comes at a time of financial recovery for Reinhardt. The University suffered a ransomware attack in the summer of 2018 that impeded technological and academic services across campus and created significant financial burdens for the school. At a student government meeting on Sep. 25, 2019, Pres. Mallard informed students of the consequences of the attack. The ransomware prevented many students from enrolling and participating in online courses for the Fall 2018 semester, disrupting a significant source of income for Reinhardt. The University also spent a month working to restore its damaged operations caused by the malware, having to bring in teams of specialized IT experts who worked for months with Reinhardt staff and administrators to wipe all of the school’s computers, restore systems and files, and introduce new security measures. Dr. Josh Marsh, an assistant professor in the Communication and Media Studies program, said, “The fallout from the ransomware attack took months to unravel. I worked with IT to have my lab up and running in time for the first day of classes, but the time spent recovering [from the attack] displaced plans for improving technology on campus.”

The technology attack affected the University’s operations for the entire 2018-2019 year. It, along with other factors, contributed to a financial deficit for the school that year, leading to urgent cost-saving measures being put in place for the present year. Learning equipment, from furnishings to technology in need of replacement or update, has not been updated as needed.

This academic year (2019-2020), tuition has risen, and professors across campus are required to teach an additional course without pay. Staff hours have been cut, and benefits have also been reduced for faculty and staff. Budgets across campus were tightened to try to regain a stable financial footing. As faculty and staff have resigned, a hiring freeze has prevented departments from filling those positions, leaving the University understaffed.

Although duties of the President are not well known to the student body, one third-year student expressed concerns about President Mallard’s sudden departure and hopes that “whatever has caused this to happen doesn’t blow up in the school’s face and doesn’t affect the school’s accreditation.” A Reinhardt senior worries that Mallard’s absence will leave the University without structure.

However, from my perspective, many students have not been as happy with Dr. Mallard’s decisions over the past three years. During the campus-wide blackout in October of 2017, many students felt it odd that the President’s house and FPAC, which had power, were not publicly designated for students, living in darkened dorms, to use as emergency charge stations to be able to contact their families. (Meanwhile, two years later, Dr. Mallard told the student government that students are always welcome to visit her home.) Other students have expressed concern about the President’s financial priorities, believing that certain aesthetic improvements made to campus like the Lake Mullenix erosion and beautification project and the Reinhardt-branded soap dispensers—to name a couple of examples—were either completely unnecessary or should have been prioritized later after having, say, the WiFi capacity on campus increased. The connectivity issues on campus affect students both in the classroom–since many professors use WiFi in teaching–as well as for studying, research and recreation. Dr. Mallard has stated that a five-year plan is in the works to turn Reinhardt into a completely wireless campus with WiFi access everywhere, not just restricted to nearby buildings.

Ultimately, few if any of us know what has transpired between Dr. Mallard and the Board of Trustees to result in the current set of events. However, everyone I interviewed, when asked if Dr. Mark Roberts was capable of standing up to the position of being the university’s acting President, gave a unanimously positive response based upon the overwhelmingly positive contact students have had with Dr. Roberts. Since his office is located in a high student traffic area in the Lawson building, many students interact with him about campus or in the lunchroom.

As Dr. Roberts takes his new position, Chairman White of the Board of Trustees stated that the Board is committed to helping Roberts find staffing for necessary administrative responsibilities that the Reinhardt community deserves.