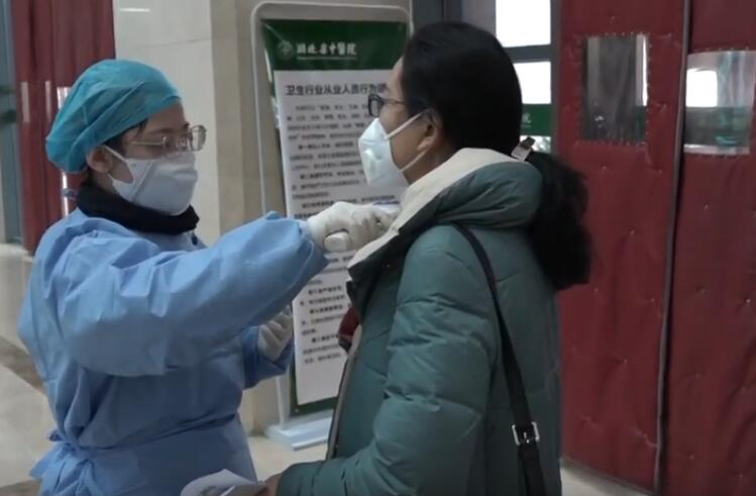 Officials in Italy are now frantically trying to stem the spread of the coronavirus as the number of cases in the southern European nation has passed the 200 mark, with at least five deaths, making it the nation with the fourth-largest number of cases (following China, Japan, and Korea)—and the most alarming outbreak in Europe. The coronavirus is still spreading fast in China, and now many other countries have been brought into the fray, creating an international crisis. The count now stands at 79,553 cases, 2,628 deaths, and 25,215 recoveries, according to the disease tracker at Johns Hopkins University. The most recent financial effect of the coronavirus has been its impact on Wall Street and the international stock market, as the Dow Industrial dropped as many as 1,080 points on Feb. 24th, 2020, according to Chong Koh Ping, Anna Isaac and Caitlin McCabe of The Wall Street Journal.

At this point, the coronavirus is engulfing the world with dread. This epidemic is similar to when the world was dealing with the Spanish Flu a century ago. The Spanish Flu emerged in February of 1918 and lasted until 1920, killing one-third of the world’s population, according to Stanford’s Virology. Now, in 2020, the coronavirus has emerged in a similar way. The virus has been rapidly spreading across the world and, at this point, everyone is on high alert. The United States now has 53 individuals with coronavirus.

On Feb. 3, the Japanese Ministry of Health, Labour and Welfare quarantined 3,711 passengers and crew of the Diamond Princess, a luxury cruise ship based in Japan, after one passenger on the ship tested positive for COVID-19, the coronavirus. These individuals on the cruise ship suffered a seemingly nightmarish experience when, all of a sudden, their vacation was derailed. What started as a cruise vacation ended as a coronavirus-filled nightmare. The minimum requirement for being quarantined, if one is suspected of having the virus, is 14 days. So, sick, or not all of the passengers were subject to 14 days of inspection and quarantine. The cruise ship became a prison for the passengers, but without being quarantined, the passengers risked spreading the virus even further.

Several testimonies from the passengers within the cruise ship gained international audiences on social media. China Global Television Network interviewed a passenger, attorney Matthew Smith, who gave a detailed account of life aboard the ship and also shared his worries.

As of Feb. 24, 634 passengers on the Diamond Princess have tested positive for the virus, and three passengers had died after contracting the virus. Japanese authorities lifted the quarantine on Wednesday, Feb. 19, releasing 443 passengers. However, this decision was met with much controversy by public health experts and nations alike. The United States originally issued travel restrictions upon the Americans who were released; the Center for Disease Control (CDC) published a media statement that passengers were prevented from returning to the United States for at least 14 days after they had left the Diamond Princess. However, The Washington Post reported that the U.S. State Department overrode that decision and flew American ship passengers, including 14 who were infected with the virus, back to the United States.

The arrival of the cruise ship passengers added more members to the pool of American victims infected with the virus. The CDC’s current count of infected Americans is 14 cases confirmed within the United States and 39 cases involving people who were brought back to the U.S. from either Wuhan, China, or from the Diamond Princess cruise ship. This number threatens to rise day by day.

While the whole world tries to prevent more big outbreaks outside of China, the situation in Wuhan and other major cities in China seems almost unreal, with alienated streets, empty malls and deserted public transportation. The daily life in China’s mega-cities is basically nothing more than staying home and trying not to get infected by the deadly virus. Several people inside Wuhan have shared their experience on social media to give the world an insight into their current situation. Tamar Lapin writes in a New York Post article about an American teacher who is trapped in the, as he calls it, “Twilight Zone.” The teacher, John McGory, states that the people are afraid of infecting themselves, so no one is going anywhere.

Around a thousand American citizens were trapped in Wuhan when the outbreak started six weeks ago. The Chinese government does not want the stories of the witnesses’ experiences in Wuhan to be known outside of China. According to Vivian Wang of The New York Times, two of the most famous whistleblowers, a Chinese salesman and a Chinese lawyer, went missing in the last two weeks. The families of the men believe that after posting several breathtaking videos of people suffering from the effects of the coronavirus, they were probably forced into quarantine by the government. Americans and all other nationalities in Wuhan are witnesses to a mega-city becoming empty, and a lot of people keep posting videos and news from the inside even though there is the fear of getting into trouble.

The current emptiness in China’s big cities is not only unfamiliar to its inhabitants but also incredibly dangerous for the Chinese economy. The retail shops and the entertainment industries are the most obvious examples of struggling businesses. People try to avoid crowded places, which is why most shops, entertainment facilities and public transportation are empty. Shopping, in general, has become less important, especially the international fashion brands that are having to fight with the consequences. According to a CNN article by Julia Horowitz, brands like Adidas or Nike have made almost a fifth of their sales profits in China during the last few years, which they now stand to lose. Not only sports, but also luxury brands, rely on the Chinese market. Chauncey Alcorn states in a CNN article that BVLGARI, for example, has more than 50 shops in China, but half of them are closed because of the outbreak, and more than 150 shops from Versace, Jimmy Cho or Michael Kors are closed in China now.

The fashion brands suffer from the vanishing customers, while other industries suffer from problems with China as a supplier. Hyundai, for example, has problems with receiving car parts from Chinese partners. The workforce in China is not as reliable as it was two months ago, and the communication between the Chinese suppliers and the international customers gets more difficult, especially because several airlines canceled flights to different Chinese cities. The Chinese are trying to fix the economic issues, but the current situation will still harm the GDP 2020.