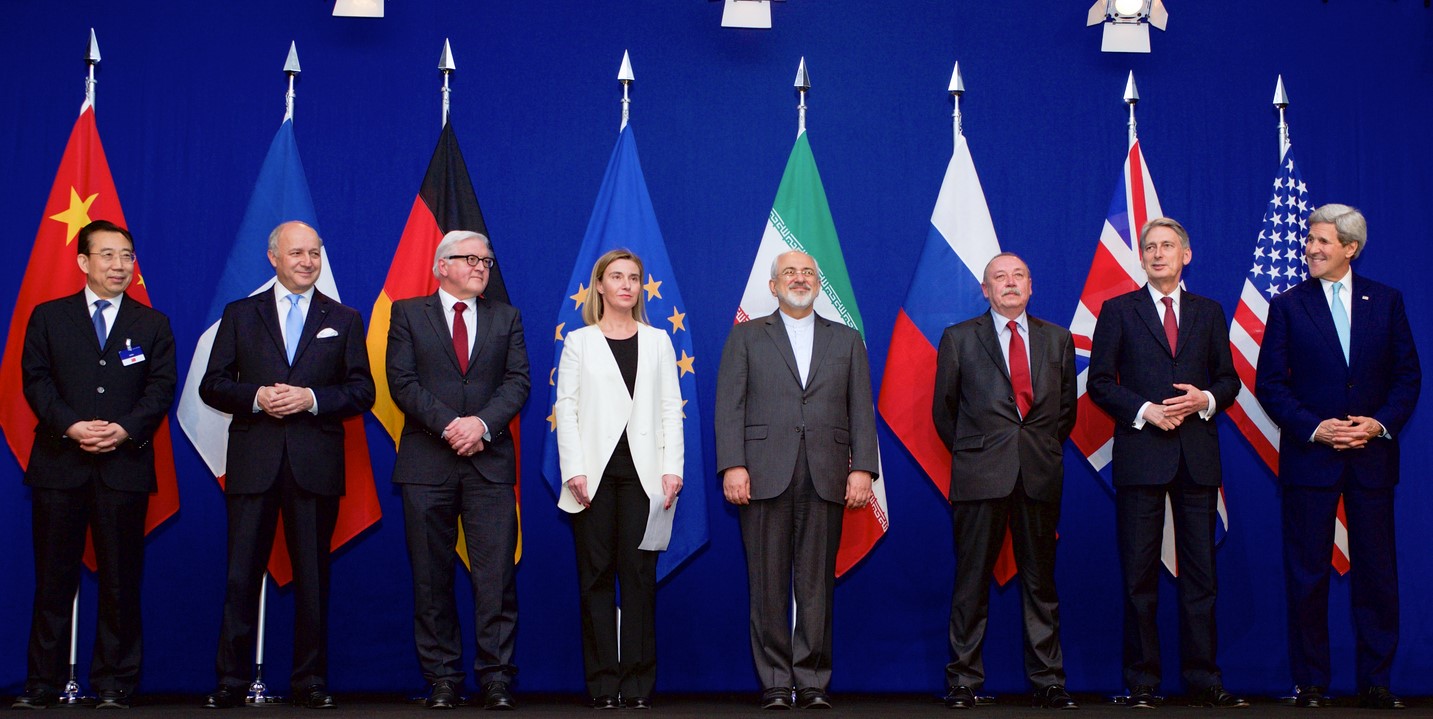 Negotiations about the Iranian Nuclear Program. Ministers of Foreign Affairs and other officials of the P5+1. Photo Credit: Wikimedia Commons

In 2015, the growing fear of Iran building a nuclear bomb caused the five permanent member nations of the United Nations (China, France, Russia, the United Kingdom, and the United States, called the P5), plus Germany (P5+1), to sign a contract that restricted Iran from enriching Uranium. After the US military actions in Jan. 2020, however, the P5+1 contract with Iran seems to be lost.

The 2015 agreement has restricted Iran from building a nuclear bomb, following three steps.

The first step forced Iran to use low-enriched uranium for energy production. Uranium with a concentration of less than 4 % cannot be used to produce weapons.

The second step the contract included was to reduce the uranium stockpile. Iran’s uranium storage is limited to only 660 pounds, which is 97 % less than it was before the deal.

According to an article in The New York Times by Steve Erlangen the last step to assure that Iran does not produce a nuclear weapon has been to send experts who controlled every step the Iranians took while handling uranium. The deal was vital for the P5+1 nations because it assured that Iran would not be able to build weapons with its uranium. But not only the world’s leading countries benefited from this deal; Iran also gained a huge profit since they signed the contract. Before 2015, Iran had been sanctioned by the United Nations (UN), the United States, and the European Union (EU). According to the BBC these sanctions were responsible for a loss to Iran of around $116 billion USD in oil revenue in the four years before the deal was made.

CBC News states that even though it seemed that every nation benefitted from the agreement, U.S. President Donald Trump announced on May 8, 2018 the withdrawal of the U.S. from the Iran nuclear deal. In addition to the withdrawal, Trump also reintroduced sanctions against Iran. Following these sanctions, Iran announced that it broke the cap of 660 pounds of uranium, which it threatened to possibly enrich to 20% instead of the agreed-upon 3-4%. The Iranian government had to react to the US sanctions because, according to a BBC report, Iran’s GDP shrank by 4.8% in 2018.

The U.S. military actions in January 2020, when the Iranian General Suleiman was killed by US missiles, caused new tensions. After several weeks of revenge actions like the attack of two US bases and several debates, Iran is now asking the US to withdraw the troops out of Afghanistan.

For more news and updates about International and National Events, follow our social media platforms: