The Reign of Kindo and more musical pleasures 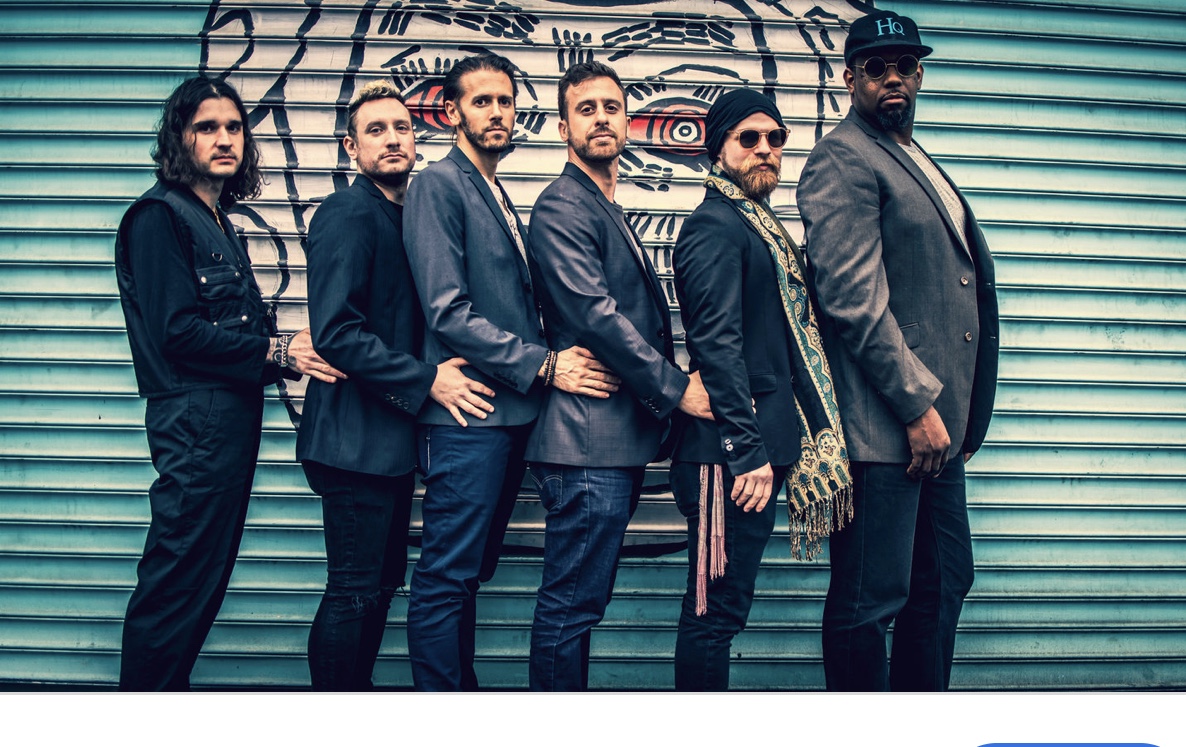 Have you ever been to a concert where you spent only $25 dollars for front row seats to see your favorite bands’ members? Were you able to interact and connect with them while they were performing? Were you able to talk to them after they performed? The chances of that happening at a mainstream band concert are very unlikely. So what bands do this? (you may ask). You are in for a real treat.

It is time you meet some of the best bands ever formed: The Reign of Kindo, Ripe, and The Arcadian Wild. These talented musicians have been touring for years and deserve some publicity. These bands tour all over the U.S. and usually play at smaller venues; for example, in Atlanta, Ripe played at Variety Playhouse and Arcadian Wild played at Smith’s Olde Bar. They are insanely skilled, and experiencing them live is a great opportunity.

Reign of Kindo, originally from Buffalo but now based in New York City, formed as an indie band in 2006. Kindo’s sound blends contemporary jazz with rock riffs and pop vocals. They also mix Latin and R & B with some of the songs. The band members are Joseph Secchiaroli (vocals and guitar), Amit Peled (guitar), Jeffery Jarvis (base), Geraldo Castillo (percussion, background vocals), Kelly Sciandra (piano, trumpet), John Baab (guitar), Rocco DellaNeve (piano, synth),  Darren Escar (saxophone) and Kendal Lantz (drums). They have five albums out now, including: The Reign of Kindo EP, Rhythm Chord and Melody, This Is What Happens, Play with Fire and Happy However After. Recording for the independent CandyRat Records, Kindo managed to rack up over three million views on YouTube, over 2.5 million Spotify plays, and sell over 30,000 records across the globe—all without the help of any major label.

Kindo rocks the stage and engages its fans in a way that makes them feel like family. They care about their fans and are always tending to them. My favorite song is “Moments in Between,” a beautiful and underrated number. It’s impactful and can take you to another dimension.

Ripe is a new funk-rock band right out of Boston, Massachusetts. Ripe is part jam band, part funk, part jazz and part soul. The musicians never fail to give a high-energy performance, engaging their audience with humor. The group members are Robbie Wulfsohn (vocals), Tory Geismar (guitar), Jon Becker (guitar), Sampson Hellerman (drums), Josh Shpak (trumpet), Calvin Barthel (trombone), and Nadav Shapira (base). The band got together at the Berklee College of Music when they met within just a few weeks of starting school. They have two EPs: Hey Hello and Produce the Juice. Wulfsohn also makes sure the fans are aware of everyone who contributes to their performance, even the people who worked at the venue. In addition to performing at High Sierra and Summer Camp Music Festivals, the band also went on the road as support for the alternative hip hop band G. Love & Special Sauce earlier this year. My favorite song is “Little Lighter,” which is a rocking-your-socks-off kind of tune that’s very upbeat.

The Arcadian Wild band formed in the fall of 2013 when a few choir students from Lipscomb University in Nashville, Tennessee, decided to jam one afternoon. The resulting blend of progressive folk, bluegrass with traditional choral, formal vocals, and harmonic sound is like no other. The Arcadian Wild members are songwriters Isaac Horn (guitar, vocals), Lincoln Mick (mandolin, vocals) and Paige Park (fiddler, vocals).  The band has released three albums: The Arcadian Wild, Finch in The Pantry and The Colorado EP. The Arcadian Wild is touring around the anticipation and successful release of their sophomore record, Finch in the Pantry (May 2019, Antifragile Music), which debuted at number nine on the Billboard bluegrass charts. Arcadian Wild’s performance is breathtaking, and they have a good time on stage. Arcadian Wild makes everyone in the audience feel as if the band is only singing to them, giving each audience member its undivided attention.

I spoke with vocalist and mandolin player Lincoln Mick, asking him about his concerns about the audience not being attentive in the beginning. He said,  “I like the performance starting like that, because when everyone gets quiet, and I have their attention, that’s when the real fun starts.” My favorite song is “Man in Room 39,” written by Everett Davis. Its lyrics are so insightful, and the harmonies and chords are wholesome and inspiring.

These three bands have something that more mainstream artists don’t. Music has changed over the decades. Today, lyrics and guitar riffs are written and produced in an assembly line. They use the same format for songs but change the order of chords and shift a few words around. Musicians find themselves forced to do what the leading producers know will make money. Artists aren’t able to express themselves like they used to. A lot of the music is the same, and the lyrics have become bland. Now, the focus is on party songs,  not songs that tell a story. We want to hear feel-good music that makes us want to dance. It doesn’t always have to be about drugs, money and girls.

That’s why I love these bands so much. They write music that is different. The lyrics have a deeper meaning, and the instruments and chords they use are unique and complex. They don’t perform for money; in fact, they don’t make much at all. They are doing what they love and sharing their talents for the better good. Their music is therapy to me, and I rarely get it from any mainstream artist anymore. I met the people in these bands in Atlanta, and they are some of the kindest and funniest people. I have so much respect for what they do, and I firmly believe that everyone should hear their music. Go to Spotify, Musi, YouTube, or whatever source you use to listen to music to check out these fantastic bands.