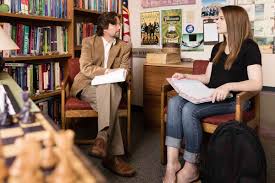 On April 2, the Chair of Reinhardt’s Board of Trustees, C. Kenneth White, announced via email that Dr. Kina Mallard will resign from her position as University President on June 30, 2020. In addition, current Executive Vice President and Provost Dr. Mark Roberts will be taking over the reins as Interim President effective July 1. The Board of Trustees will start searching for the university’s 21st president, hoping to fill the office by June 2021. Per White’s email, all internal and external candidates will be considered for the position.

Dr. Mallard has served as Reinhardt’s President for five years and has grown Reinhardt’s reputation and prestige. She conceived a multitude of strategies to improve the campus and its capabilities. She increased recruitment efforts and architectural efforts to house the growing student body, began the Cauble School of Nursing and Health Sciences, initiated the construction for the Black Box Theatre, and much more. As stated by Dr. Mallard, as quoted in White’s email, “I am grateful for this opportunity to serve. Steve and I fell in love with Reinhardt University and our wider community. Reinhardt will always hold a special place in our hearts, and we will be cheering the Eagles on from afar.” Her husband is Steve Dietz.

Board Chair White himself stated, “Dr. Mallard has provided exceptional leadership of the University during her tenure. We thank her for her service and wish her the best in her future endeavors.”

As for the Board’s trust in the Interim President, White continued, “Reinhardt has a long history of faith, learning, and leading. My fellow trustees and I have full confidence in Dr. Mark Roberts as he steps into the role of Interim President. We are confident Reinhardt’s students will continue to thrive during this time of transition.”

Dr. Roberts has been a part of the Reinhardt community since 2013, when he was hired as the Vice President of Academic Affairs as well as an English Professor for the university. On Jan. 17, 2017, Dr. Roberts became the first Provost for the university. The provost’s duties are to manage the academic branch of Reinhardt University, student activities and information technology. He was recently named Executive Vice-President and has been overseeng the presidential duties since Dr. Mallard began a sabbatical in February.

When Dr. Roberts was initiated into his new duties as provost, Dr. Mallard stated of him, “Over the past 20 months, Dr. Roberts has proven he has the intellect, skills and energy to add these two areas to his responsibilities at Reinhardt.” Dr. Roberts previously served as provost for Virginia Intermont University in southwest Virginia. He believes that the role of provost provides a modern flavor towards the inter-marriage of the academic responsibility and social life of students.

The majority of the student body trusts and believes in Dr. Robert’s abilities to act as the Interim President due to his involvement with campus life. Many believe he is a trustworthy, friendly and capable professional figure. In addition, he has been a strong and decisive leader of the University through the first weeks of the coronavirus crisis, which has required the school to make unprecedented changes in its procedures for educating and providing services for its students.