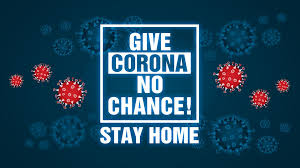 This week, Georgia Governor Brian Kemp released a statewide shelter-in-place order (read the order here). The order went into effect at 6 p.m. on Friday, April 3, 2020. The order requires Georgians to remain at home unless they are conducting or participating in essential services, performing necessary travel, or are part of the workforce for critical infrastructure. Governor Brian Kemp announced Wednesday that he would sign the order, saying the Centers for Disease Control and Prevention directives had changed to advise that people could infect others even if they showed no symptoms. According to Joshua Berlinger et al. of CNN, Kemp stated that he only just learned that the virus “is now transmitting before people see signs.” However, public health officials had been telling this to the public for months.

The shelter-in-place order also supersedes many of the orders passed by cities and counties throughout the state. It is still unclear if those local governments could pass stricter rules that are not a part of a shelter-in-place order. Citizens could face a misdemeanor if they are caught violating the order. Also, Gov. Kemp stated that any business not considered critical infrastructure should only engage in “minimum basic operations” defined in the executive order. Some of those include processing payroll, ensuring security and managing inventory. This order will last until April 13, 2020.

The shelter-in-place is important for people to understand because it will keep people from interacting with each other, which could lower the number of people who get infected with COVID-19. President Trump stated, “The purpose of shelter-in-place is that it’s supposed to limit the interactions between large groups of people to slow down the transmission, which that can happen and hopefully burn out the virus faster than exposing everyone to it and then having the hospitals overrun.”

There are many reasons behind shelter-in-place, but the main reason is to see the number of people that are infected stop rising. Georgia has a resident count of 10.6 million residents, and the goal is to stop the spread of COVID-19.  Those who violate the terms of the order could face misdemeanor charges. At a press conference Wednesday, April 3, Kemp said the Georgia State Patrol and other agencies would take “appropriate action to ensure full compliance, no exceptions.” For now, the governor has not deputized local law enforcement, such as police officers and sheriff’s deputies, to enforce the order.

On March 13, 2020, President Trump declared a National Emergency due to the coronavirus pandemic, referred to as COVID-19. By March 27, 2020, the United States had the highest number of leading cases in the world. The United States was confirmed to be the number one country that has been hit the hardest. Due to the increasing number of cases and people getting infected, by March 28, 2020, the state of Georgia first issued a “Stay-At-Home Directives.” This was to make sure people stay indoors except for work, obtaining essential goods or health care, or outdoor activity, don’t gather in groups of 10 or more and maintain 6 feet of distance from others. It has now been replaced with the new order that took effect April 3.