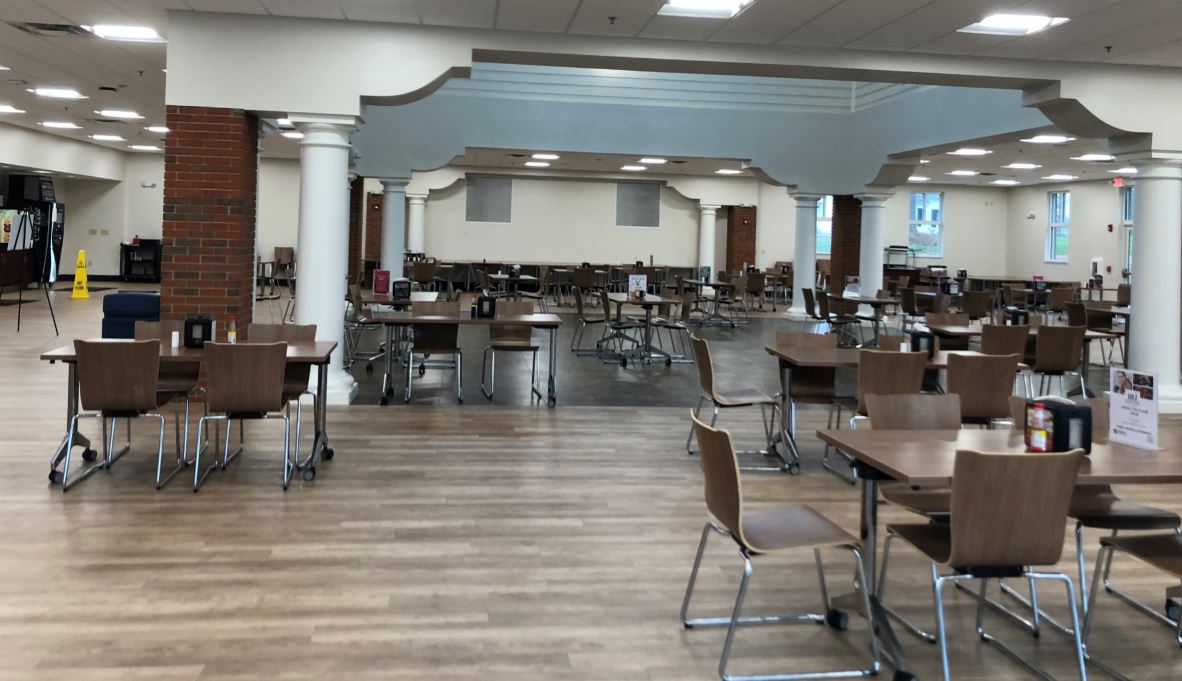 WALESKA, GA — Since the university’s announcement that classes for the remainder of the semester will be held online, the dining halls on campus have been mostly deserted, parking lots have been almost empty, and every public area seems like a ghost town. Most students have returned to their homes, although some still remain on campus. However, the current situation due to the COVID-19 outbreak is different for everyone in the Reinhardt community.

The world is currently fighting against the new coronavirus; in mid-March, the crisis started affecting the American education system. All over the United States, schools and universities have decided to either close classrooms or even close gates. Executive Vice President and Provost Mark Roberts of Reinhardt University first announced that all face-to-face classes would be switched to online for three weeks beginning March 16. In addition, the National Association of Intercollegiate Athletics (NAIA) got active in the fight against the SARS-CoV-2 and announced on Monday, March 16, the cancellation of all games and practices for the 2020 spring season. On Tuesday, March 17, Reinhardt University announced that all classes would remain online until the end of the semester.

After the NAIA’s news concerning the cancellation of the 2020 spring season as well as Reinhardt’s announcement canceling on-the-ground classes until the end of the semester, most resident students left the Reinhardt campus. Those that remain on campus are mostly international students, student-athletes, and students who are unable to go back to their home states. Senior Resident Assistant Summer Hoosier informed us that approximately 60 students have let Residence Life know that they will be staying, 60 more have documented that they are leaving, and 400 did not notify Residence Life of their housing status during the week of March 15.

Living on campus is still possible, however, and every Reinhardt employee has been giving his or her best effort to support the remaining students. In spite of this, the situation on campus feels strange. Instead of crowded dining halls and long lines at the Nook, it is hard to spot students on campus. The measures taken by the school’s leaders were severe but necessary. Safety precautions include closing the gym, closing off all study locations but the library, and changing several procedures in Gordy Dining Hall.

Academic buildings like Tarpley, Lawson and the Falany Performing Arts Center are closed. The Fincher Visual Arts building and the Black Box Theatre are shuttered until the end of the semester. Each building is being sanitized and sealed. The closing of the academic buildings, except for the library, is another action taken to prevent an outbreak. Students are still able to use everything the library has to offer, but students majoring in art, theatre, media studies or music are limited in their practicing.

The Brown Athletic Center (where Reinhardt’s public gym is located), the Isherwood Field house and the Ken White Indoor Facility are now shut down. Closing these areas was one of the first actions taken because the gym and other sports facilities are areas where surfaces might be contaminated rapidly. Multiple sports teams and many students are suffering because they now have to be adjusting their workout routines to whatever equipment they might have in their home.

The new way of serving and eating in Gordy Dining Hall is one of the most observable changes on campus. Instead of a breakfast buffet, it is now possible to order different breakfast dishes, because a buffet would not make sense since students are no longer coming regularly. Lunch and dinner are still set up as a buffet; however, the food must be served only by the Metz staff instead of self-serving. In addition, all silverware, plates and cups have been replaced by single-use plastic or paper products. These measures help to prevent the virus from spreading.

Each student is taking different personal safety actions. The European students started taking the issue extremely seriously early on because they heard what was going on in Italy, Spain, France, and other countries in Europe. Antonio Ciardiello, for example, whose family is living in Naples, Italy, is taking extreme care in what he touches and with whom he is in contact because his family informs him about the current events daily. I interviewed Antonio about what he thinks about the situation in Italy and what he is doing here to stay safe. Antonio’s interview can be found at the end of this article.

Like many other international students, I recently took one of the last flights back home to Austria after spending several days on the deserted campus. In Austria, the situation due to the SARS-CoV-2 is not as bad as in Italy, but the safety measures are very strict. Like the actions taking place in California and some other states, Austria is locked down, and people are only leaving their houses to get groceries or see a doctor. Hopefully, the U.S. and the rest of the world can prevent exceptional situations like the current circumstances in Italy, China or Iran by taking early actions.