Covid-19 Devastates the World of Sports. 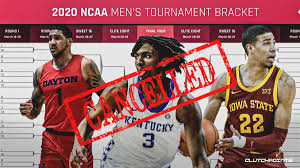 All NCAA sports are canceled because of the COVID-19 pandemic. Photo Credit: Bruno Manrique

The world has been in a panic because of the outbreak of the highly infectious COVID-19 virus, otherwise known as the coronavirus. A new virus that had not been previously identified in humans, the disease causes respiratory illness and presents symptoms similar to the flu but more severe. Symptoms can represent a cough, fever and (in more severe cases) pneumonia. Individuals can protect themselves by social distancing, washing their hands frequently, and avoiding touching their faces.

The illness has severely affected everyday living around the world, closing down public places, social gatherings, learning institutions, businesses, stores, and—for some, the biggest of all: sports. The biggest issue many college students and professional athletes are facing right now is the complete cancellation or suspension of events due to the fear of COVID-19 spreading.

A huge part of the world’s entertainment is sports. Many athletes have been forced to miss their last games or competitions, such as March Madness and college senior games. Many are questioning why they are ending spring season for athletes instead of postponing? Many people are questioning the abrupt decisions to cancel events expected to take place.

The NCAA announced on March 12 that the 2020 Women’s College World Series (WCWS) had been canceled, followed shortly by the cancellation of the championships in all other NCAA sports, including March Madness men’s and women’s basketball championships.

Not only were all Divisions of NCAA college sports canceled or pushed back for spring but also Major League Baseball (MLB), the National Football League (NFL), the National Basketball Association (NBA), the National Hockey League (NHL), Major League Soccer (MLS), the Master’s Tournament in golf, the NASCAR Cup Series auto racing, and even the 2020 Tokyo Summer Olympic Games, now scheduled for 2021. The sports industry has canceled every event because of the need to take such precautions. Also called off have been any NFL recruiting and draft events, although drafting will go on.

The NBA basketball league reportedly sent teams a memo in early March telling them to prepare for the possibility of games without fans. Players responded to this statement with disappointment. For example, LeBron James stated, “I’m not playing.” James continued. “I ain’t got the fans in the crowd. That’s who I play for. I play for my teammates. I play for the fans. That’s what it’s all about. If I show up to an arena and there are no fans in there, I am not playing. They can do what they want to do.”

An NCAA coach, Tim Walton of Florida, responded to the decision that was made for the NCAA, stating, “When I had to look my players in their eyes and tell them that the rest of their season is probably canceled, that was one of the hardest things I have ever done as a coach.” He then stated, “Let’s not blame anyone for our problems, and let’s figure out a way to help people, mentally, physically and spiritually. I love my seniors; don’t worry, everything will eventually turn out to be better than it was.”