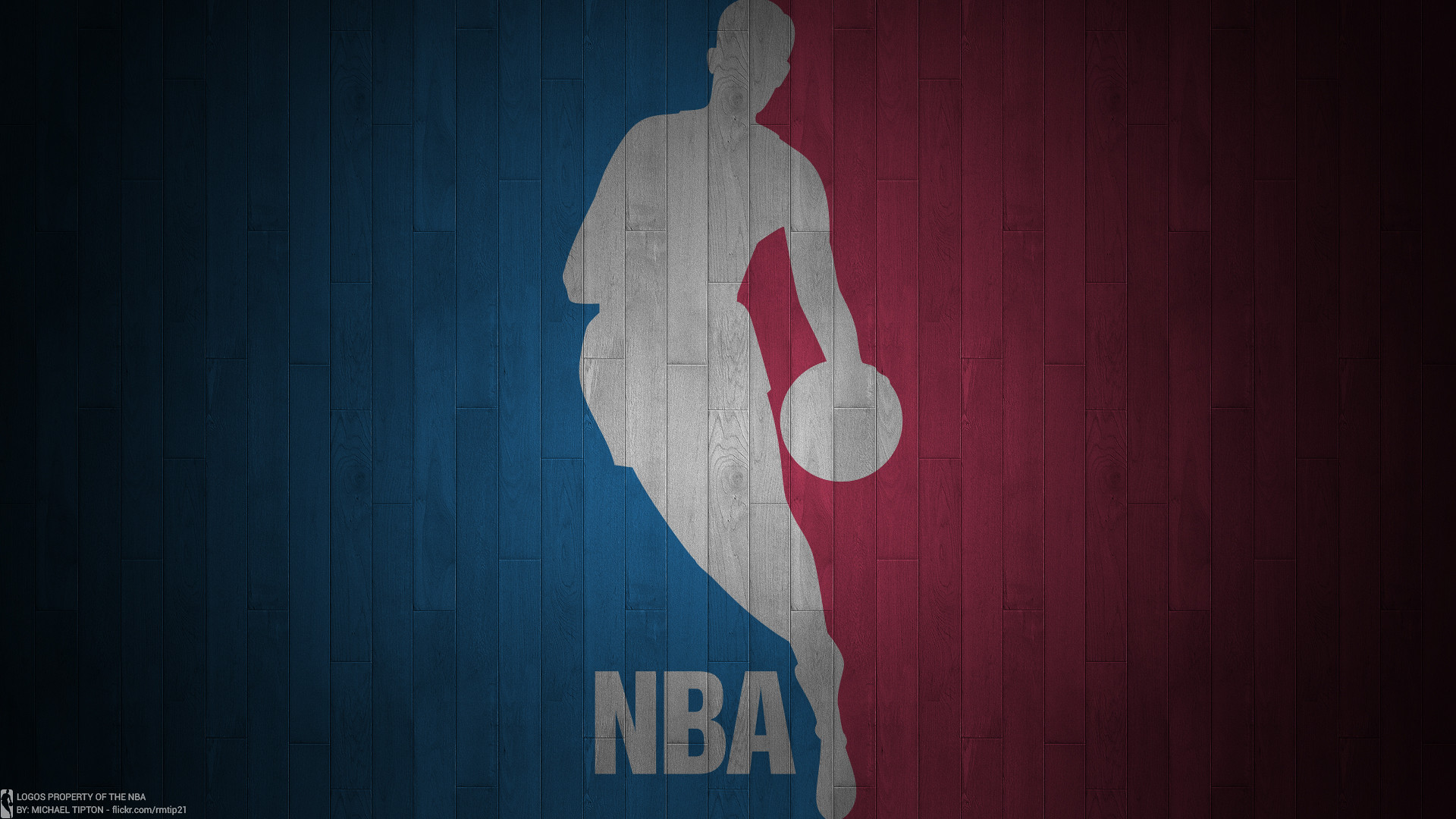 The NBA suspended its 2020-2021 season after Donovan Mitchell and Rudy Gobert tested positive for COVID-19. Typically, around March of every year, the NBA season begins to ramp up and “favorites” look to fortify their resumes with huge wins. However, the covid freeze will impact the NBA’s finances. Even if the virus were to subside by June and the league were to return, financially it would still be catastrophic. Under normal circumstances, Projected playoff squads aim to show that they deserve to be considered among the NBA’s best. Teams that are not in postseason contention begin to hand more minutes to younger players who are attempting to carve out their place in the league. Everyone is playing for something during this time. How do the teams all stack up? Who are the contenders? Who are the pretenders? Which teams are “playing for next year?” Let’s look at where each group stands entering the season’s stretch run.

The Pistons have been in a full rebuild mode since losing Blake Griffin for the year early in the season. They traded franchise cornerstone Andre Drummond to the Cavaliers at the deadline, then released starting point guard Reggie Jackson shortly thereafter. The team has only won three games since February, not giving them much to feel good about. The lone bright spot has been the stellar play of Christian Wood, who’s averaged 24.0 points and 9.6 rebounds since returning from the All-Star break, including big games against Gobert and Joel Embiid. The Warriors received a morale boost when guard Stephen Curry returned from his hand injury last week against the Toronto Raptors, but they still fell 121-113 despite heroics from their star. Curry would then miss the next two games due to illness, where the Dubs would defeat an injury riddled 76ers team before being blown out at home against the Clippers. Minnesota hasn’t been much of a threat since center Karl-Anthony Towns went down with a wrist injury last month. The deadline addition of D’Angelo Russell gave the Wolves some life, but their run and gun approach has made their defense nonexistent, and they can’t score enough most nights to keep up. Trae Young has been the catalyst for the young Hawks, who are much better than their record indicates. John Collins has been playing like a star, and Cam Reddish is beginning to figure it out, so they should be in a much better spot this time next year. Cleveland has played inspired ball since the departure of coach John Beilein, going 5-6 in that span. Collin Sexton is blossoming into the pure scorer he was meant to be, and the addition of center Andre Drummond has made them tougher in the interior.

Coby White has been a revelation for the Bulls, putting up scoring numbers the organization hasn’t seen in a rookie since Michael Jordan ruled the Chicago Stadium. They have good young pieces and seem primed to make a leap next season. While the beef between owner James Dolan and filmmaker Spike Lee dominated headlines in New York, the Knicks have been playing solid ball recently. They’ve been competitive in most games and picked up a nice win over the Rockets last week. Bradley Beal has been one of the best scorers in the league this season, putting up gaudy numbers for a hard-working Wizards squad. However, many of those games have resulted in losses, which has led to some frustration from within the team. Beal has stated his desire to remain in Washington, but if they aren’t competitive when John Wall returns, he might look to take his talent elsewhere. San Antonio appears to be sleepwalking through a season that will almost certainly snap their 22-season playoff streak. Their offense has been solid, but slippage defensively has put them on the outside looking in for the eight spot in the West. Charlotte was supposed to be one of the worst teams in the league, but the improvements made by guard Devonte Graham and forward Miles Bridges has kept them viable for much of the season. James Borrego has proven to be a solid coach that Hornets management should look to keep around for a long time.

The Blazers were expected to make a run to the eight seed when Damian Lillard came back from his injury. Instead, they have suffered some important losses that leave them on the outside looking in. Coming out flat this time of year is inexcusable for a veteran team with as much experience as Portland has. The Suns have been much improved from their disastrous 2018-19 season, being very competitive against the league’s best. First time All-Star guard Devin Booker has led the team through some tough times, including center DeAndre Ayton’s 25-game PED suspension and Kelly Oubre’s season ending injury. If they were able to play with their full core for most of the season it’s fair to wonder if they could have been a playoff contender. Instead, they are a frightening spoiler that no one wants to play this year. The Kings have been much better over the last month, climbing their way back into the race for the eight seed despite a slow start to the season. Guard De’Aaron Fox has been stellar, while wing Buddy Hield has played well since becoming the team’s sixth man. They’ll need a little bit of help to get into the top eight, but they are talented enough to make a run. Orlando boasts one of the top defenses in the league, as coach Steve Clifford’s system has flustered some of the NBA’s best scorers. However, there are concerns about their offense and if they can put up enough points to realistically challenge the East contenders. Center Nikola Vucevic is putting up 20 points and 10 rebounds a night, but outside of guard Evan Fournier, they don’t have much shooting, limiting their ceiling tremendously. The Brooklyn Nets are coming off of an impressive win against a streaking Lakers team, showing that they will not go quietly into the night despite losing Kyrie Irving for the year and not having Kevin Durant at all this season. Spencer Dinwiddie is amid a career year, and he’ll have to continue to post great numbers if the Nets are to remain competitive.

The race for the West’s eight seed appears to be a two-horse race between teams led by the Rookie of the Year award frontrunners. Ja Morant and the Grizzlies have been in the eight spot for much of the season, as they’ve remained consistently solid. They should be bolstered by the imminent return of talented big man Jaren Jackson Jr. Zion Williamson has made the Pelicans look like one of the best teams in the league since his return from meniscus surgery. They have stood toe to toe with the top teams and have dominated lesser squads. Brandon Ingram made his first All-Star team as he has become one of the top scorers in the games, while Lonzo Ball’s continued development has given the Pels glimpses of their future. They still need some help to make the playoffs, but they have all the makings of a potential championship contender. The Sixers are reeling without their star duo of Ben Simmons and Joel Embiid, as they’ve looked like a shell of the contender they were projected to be. Expectations for them should be adjusted if they don’t get both guys back at close to full strength. The Mavs are 3-3 in their last six, as they’ve navigated various injuries to key pieces. Luka Dončić is a star, and 7’3 big man Kristaps Porzingis can be the best player on the floor any given night. They will be a tough outcome playoff time. The Rockets have lost 4 of their last 5, including an embarrassing home blowout at the hands of the Clippers. Their revolutionary “micro ball” experiment has led to inconsistent results, so it’s fair to wonder if James Harden and Russell Westbrook can do enough to get this team to the promised land come playoff time without a true big man on the roster.

As the West’s top dogs are starting to come together, the Nuggets are showing regression, creating questions on their true ceiling come playoff time. Star big man Nikola Jokic has been maddeningly inconsistent, while they don’t have a true co-star to complement him. After making the second round a season ago, it appears that they have taken a step back this season. Indiana is beginning to figure it out, as Victor Oladipo is coming around after missing much of the year recovering from a leg injury. They are a team that will compete defensively, while having enough offense to explode on a given night. They are not considered to be one of the East’s top teams, but they must be taken seriously as a threat to upset one of them in the postseason. The Heat have struggled since acquiring forwards Andre Igoudala and Jae Crowder in a midseason trade. They have gained a reputation as one of the toughest teams to beat at home, but a pushover on the road. Their stout defense and offensive system will make them a tough out in any playoff series, but it won’t matter if they can’t win away from home. The Thunder have surprised everyone this year. The three headed backcourt monsters of Chris Paul, Shai Gilgeous-Alexander, and Dennis Schroder have powered OKC’s exciting brand of offense. Their lack of size on the perimeter keeps them from being more of a threat, but they will be a tough out for anyone who must see them out West. The Celtics have faltered a bit as they’ve dealt with various injuries to starters, but at full strength, they are easily one of the contenders. However, their Finals aspirations will depend on their guys all being healthy at the same time.

Utah was a trendy pick to come out of the West after their eventful off season, but those expectations appeared to be a bit too high for a team that hasn’t made the conference finals since 2007. Mike Conley has struggled, while Rudy Gobert hasn’t played up to his potential as of late. They have benefited from the faltering of other West teams to get back into the home court advantage discussion, but their true ceiling doesn’t appear to be one of a true contender. Toronto has outperformed all expectations following the departure of Kawhi Leonard. Pascal Siakam is a first time All-Star, taking over the scoring burden. Point guard Kyle Lowry’s consistency kept the Raps afloat when they went through injury troubles. Now at full strength, they look the part of a championship contender. The Bucks have had a rough week. They were dominated in the second half against the Lakers, then lost superstar Giannis Antetokounmpo to a knee injury. Luckily, he won’t be out for long, keeping Milwaukee in the driver’s seat for the league’s best record and as the favorites in the East. The Clippers are on fire since getting their full team healthy. They are 10-1 when no one is on the injury list, showing their array of scorers, defenders, shooters, and play makers. Kawhi Leonard has played like an MVP candidate, while Paul George is finally coming around after struggling with injuries for much of the year. However, the team to beat resides across the hall. The Lakers made a statement last weekend, knocking off the Bucks with a huge second half run before dispatching a full-strength Clippers squad. LeBron James and Anthony Davis were excellent in both games, controlling each contest with their versatility and defense. The role players hit shots and made important plays. Coach Frank Vogel pushed all the right buttons. The Lakers are hitting their peak at the right time, as they are the favorites to be the last team standing.