A Tribute to the Black Panther 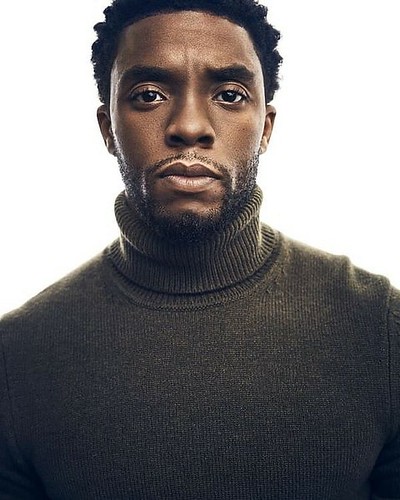 Fans of “Black Panther” are still mourning the death of Chadwick Boseman, who passed away on Aug. 28, 2020, from stage III colon cancer. He was just 43-years-old.

Social media exploded when the news broke. Shocked colleagues and fans learned that the actor had been battling his illness secretly while filming “Black Panther,” “Avengers: Endgame,” and “Da 5 Bloods.” Though his death was shocking, fans had noticed months earlier that Boseman had lost a significant amount of weight, but most of them attributed his weight loss to the typical transformation actors undergo to play certain roles.

“Black Panther” has grossed $1.29 billion to date and currently ranks as the No. 10 top-grossing title of all time, proving that movies centered on black people could shine at the box office.

In a world in which black men are often villainized, Boseman helped to change that stereotype. More than an actor; he was a role model who inspired millions. His character T’Challa in “Black Panther” portrayed black men as powerful, intelligent, respectful, and loving. The black community finally had a superhero of its own race. He encouraged us to be proud of our African heritage. He made us want to believe that Wakanda, his mythical kingdom, was possible. His loss was felt around the world and will be felt for a very long time.

On Sept. 4, Boseman was memorialized as a hero in his hometown of Anderson, South Carolina. A few of The Eagle Eye staffers wanted to honor

Black Panther played a huge role in shaping me into who I am today. T’Challa taught me that I have the power to make a change, that no matter what battles or hardships I may face, I can beat them with determination, that unity and family are most important, and that no matter what I go through, they will always have my back. Not only has the Black Panther character inspired me, but the man behind the mask did, too. Chadwick Boseman showed me that I must be strong, even in my weakest moments.

The Black Panther was one of my favorite Avengers, and the movie was a big deal to the world. Not only was T’Challa big because of his connection with every Marvel Avengers movie, but he was significant because he was the first major black superhero, and a black superhero was the one thing that comic books and movies were missing.

The impact the Black Panther had on the black community helped me learn a lot. I realized that while he was not Superman, T’Challa was untouchable. Legends never die. The Black Panther character may be retired, but this is only the beginning of seeing black actors as superheroes, and for me, that is awesome.

The world lost this legend way too soon. I was heartbroken and surprised when I heard the news that Chadwick Boseman died. We have already lost Kobe Bryant and Naya Rivera this year. Boseman was an inspiration for everyone and used his voice to make a change.

I’m not sure how they will make “Black Panther 2” without him, but I know it will be hard to watch for me. He took this chance and used it for good. He inspired generations to come and showed them they can do or be whatever they want.

It’s really sad that Chadwick Boseman died at such a young age. However, I did not discover him as Black Panther. I discovered him only recently when I watched “Get on Up” with my mom. In “Get on Up,” Boseman plays James Brown. He put so much into that character. He was outstanding in recreating Brown’s signature dance moves. I feel that, much like Taraji P. Henson, Octavia Spencer, and Janelle Monáe, who played scientists in the 2016 hit film “Hidden Figures,” he was inspirational. He was an honorable man and did so much for the black community in his short lifetime.