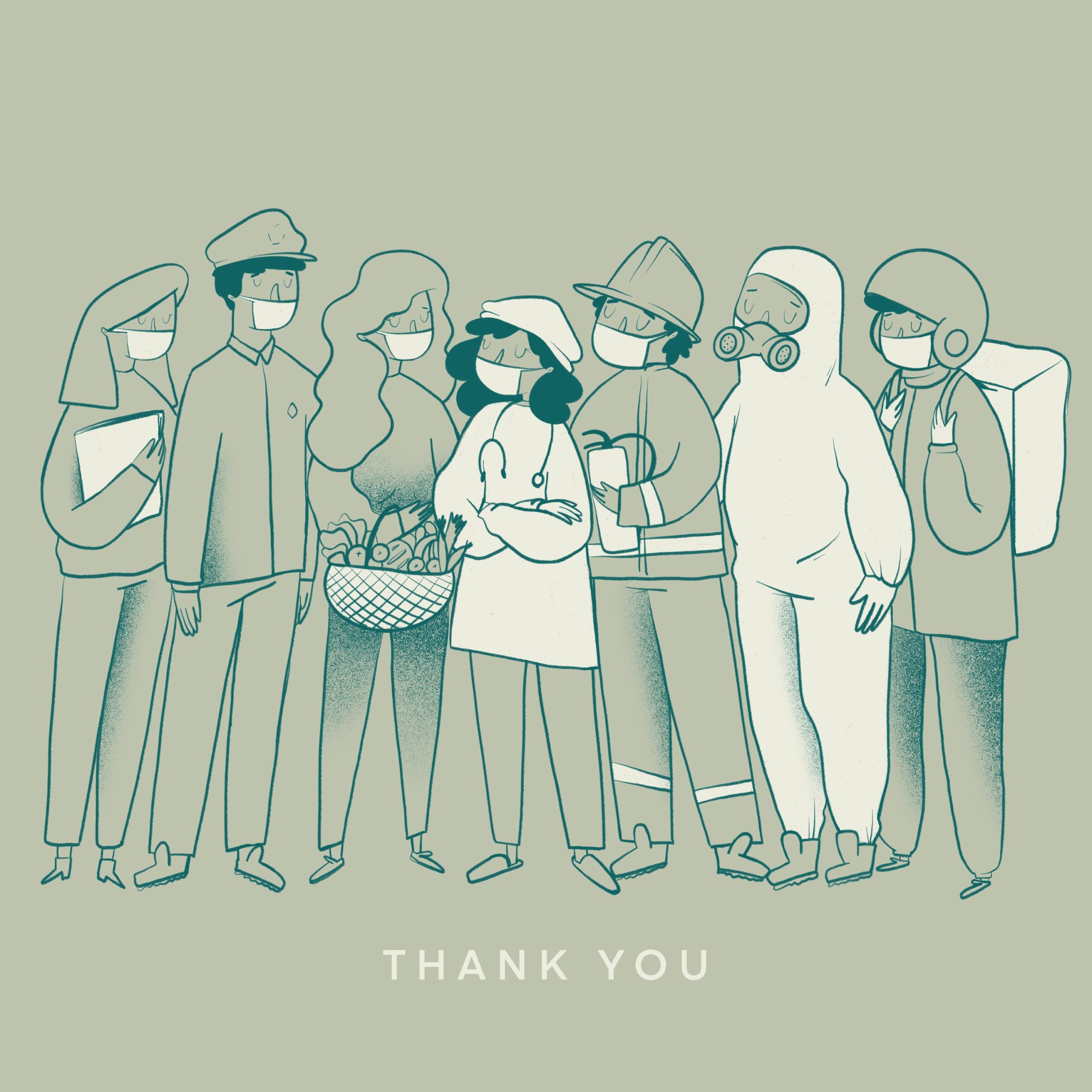 Melbourne, Australia, is currently under lockdown. In the middle of August, a new outbreak of COVID-19 caused New Zealand to increase its lockdown measures. China implemented the most extensive quarantine in recorded history by locking down at least 16 cities at the end of January and phasing a reopen at the end of April. The measures have shown results, with all countries having less than one million cases each. How does America measure? The U.S. has over six million COVID-19 cases, and the number of deaths is rising. Why is this happening?

Politics has played a role in what many Americans know and believe about the virus. In March, a survey revealed a severe political divide between Republicans and Democrats about whether they felt the virus was something to worry about. Republicans were less concerned by the coronavirus outbreak in their respective areas than were Democrats.  During the beginning of the virus in America, when COVID-19 cases stood at less than 1 million, 40% of Republicans weren’t concerned. Hardly any Democrats agreed. As COVID-19 numbers and deaths climbed, and the economy tanked, however, Republicans’ concerns grew.

Many Americans have also followed President Donald Trump’s lead, and for months, he downplayed the virus.

In February, at a South Carolina rally, Trump accused his Democratic critics of “politicizing” the Coronavirus. He also refused to wear a mask. In April, he told reporters:

“I don’t think I’m going to be doing it. Wearing a face mask as I greet presidents, prime ministers, dictators, kings, queens—I just don’t see it.”

He even suggested that some people wear masks as a sign of disapproval. After mocking Joe Biden for wearing a mask in July, Trump finally wore one in public after a push from the Centers for Disease Control and Prevention.

On Sept. 9, the Washington Post published passages of reporter Bob Woodward’s new book Rage, which stated that, in February, Trump acknowledged the virus’s deadliness while downplaying its seriousness to the American people.

In one excerpt backed up by audio, Trump told Woodward about the virus’s deadly nature, stating:

It goes through air, Bob. That’s always tougher than the touch. You know, the touch, you don’t have to touch things. Right? But the air, you just breathe the air, and that’s how it’s passed. And so, that’s a very tricky one. That’s a very delicate one. It’s also more deadly than your—you know, your, even your strenuous flus. You know, people don’t realize, we lose 25,000, 30,000 people a year here. Who would ever think that, right? Pretty amazing. And then I say, well, is that the same thing? This is more deadly. This is 5 per—you know, this is 5 percent versus 1 percent and less than 1 percent. You know? So, this is deadly stuff.

The excerpt shows that Trump had lied and misinformed people about the virus’s severity. This puts the American people in a harmful and dangerous situation and is not the mark of a good politician.

Publicly, Trump and conservative politicians changed their tunes on COVID-19 as the death toll increased, encouraging people to follow CDC guidelines. But the damage had already been done. People were dying by the thousands, people were antsy to leave their homes, and the media had overloaded people with sometimes-conflicting information.

Our country hasn’t had a pandemic since the 1918 flu pandemic, which none of us experienced. And since then, we have made many advancements in medical technology, vaccines, and medications—leading some people to think an illness that disguises itself as the flu is not detrimental to their health.

When the virus first gained media attention, the public was told that it only affected older people, so younger people believed they were invincible. Then the virus began to affect primarily black and brown communities. But Americans gradually learned that COVID-19 affects everyone, especially people with pre-existing conditions. So, to keep safe and mitigate the spread, officials advised Americans to stay home (if we could), practice social distancing, and wear a mask in public. But not everyone believed that.

Confirmation bias (a.k.a. Optimism bias) is when someone overemphasizes evidence that supports one’s opinion while ignoring opposing evidence. Psychologists have proven that their own beliefs and desires bias people. Therefore, “If you don’t want to wear a mask, you don’t have to,” has dominated in the minds of many Americans—especially if people around them are not wearing masks and aren’t getting sick. They believe that they are safe.

We have all seen those videos of “Coronavirus Karens” and conspiracy theorists spouting untruths about wearing masks. They do not believe that wearing masks reduces their risk of infecting others. They believe that the way they handle the virus should be an issue of personal freedom–that wearing masks is a sign of oppression and shouldn’t be mandated by the government. They do not trust the government, the CDC, or the World Health Organization. They believe that liberals are spreading false information to ruin Trump’s re-election. These people are vulnerable to misinformation or disinformation.

Then, others want to get back to ‘normal.’ They are tired of being quarantined. So, when lockdown restrictions lifted, they believed that everything was back to normal. Americans associate Memorial Day and the Fourth of July with family, cookouts, and going to the beach, and so it was hard for those people to stay home.

However, 69 percent of Americans believe that their respective state governments lifted the lockdown restrictions too early. And it was true. Ending the lockdown and celebrating the holidays caused a spike in cases.

Panama City Beach, Florida, had to issue a mask mandate in August. The order required people to wear masks while on the beach and when entering businesses because the number of COVID-19 positive cases tripled in the area.

Social media influencers had parties with over 70 guests in California, causing a spike in positive cases. Thomas Petrou, the co-founder of the social media content house ‘The Hype House,’ stated,

“Our jobs are to entertain people. We live with groups of people, and we are all intertwined for work. We can’t put our entire lives on hold for a year and not make any money.”

Another famous and controversial social media influencer, Jake Paul, said that he would continue to party:

“I don’t know what to think of it (the coronavirus), to be honest. I don’t think anyone really does,” Paul told Insider. “No one has answers, our leadership is failing us, and everyone kind of just doesn’t know what to do. But I personally am not the type of person who’s gonna sit around and not live my life.”

So, there are many reasons America is trailing other countries when it comes to getting a handle on COVID-19. We know by looking at other countries that practicing good hygiene, staying at home, socially distancing, and mask-wearing is what it is going to take to beat back COVID-19, but we live in a society that is not united.

Individually, though, we can make a change. We can educate.

If someone you know is not taking the virus seriously, send them to trusted resources, such as CDC or WHO, where they can find statistical information about the virus. Tell your loved one to try to think of others, sit down, and be a listening ear without being judgmental or overloading them with statistics.

If Americans don’t unite in our fight against COVID, we will never be able to open up or be safe again.