Movie Theaters are on Life Support 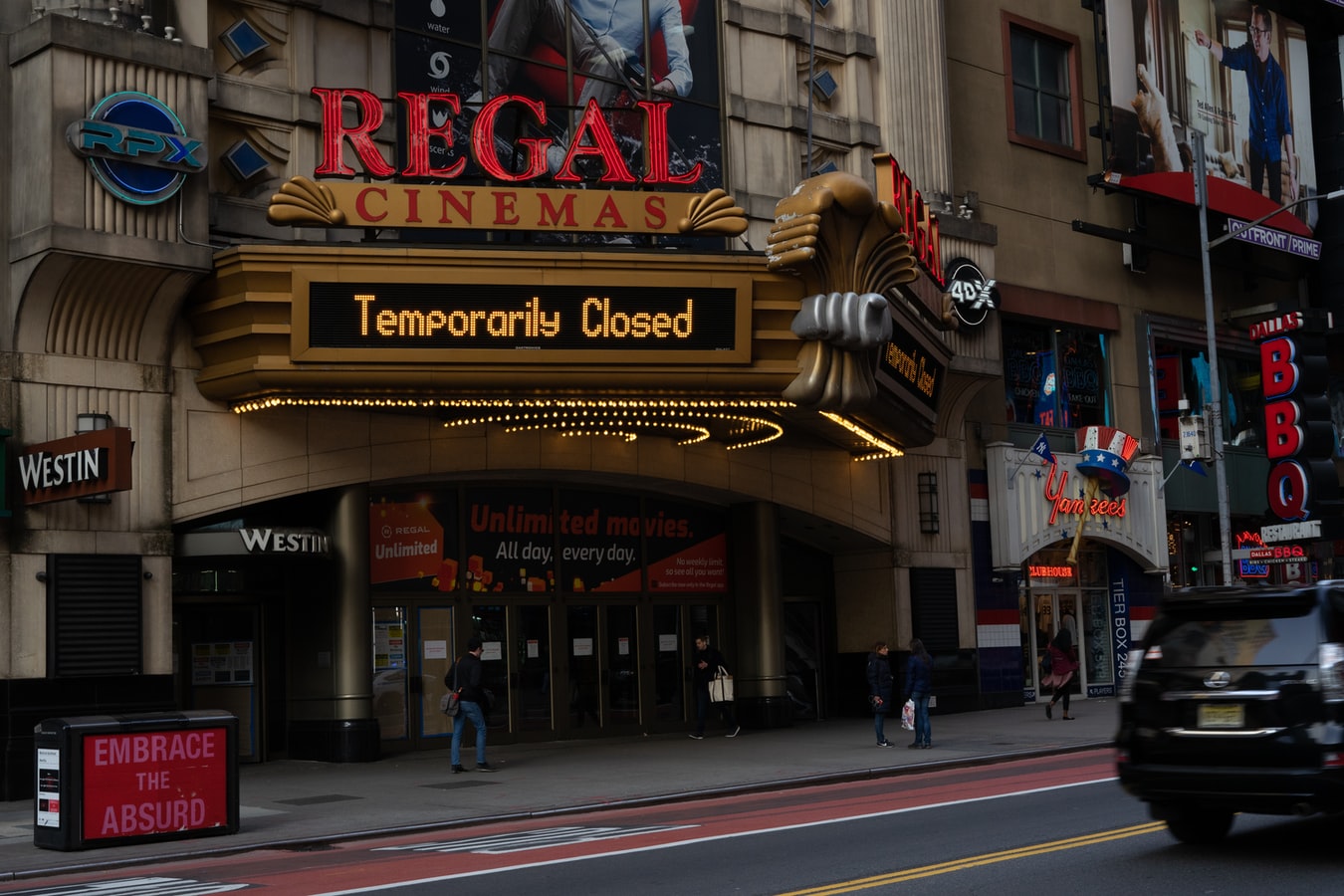 Movie theaters across the country are like ghost towns. The smell of popcorn no longer permeates the air, soda fountains are dry, and once-sticky seats are empty.

Hollywood has gone more than six months without a major blockbuster release. Unfortunately, COVID-19 has halted moviegoing, and potential viewers are unwilling to risk infection to see a film.

Jeff Bock, Senior Box Office Analyst at Exhibitor Relations, says, “Restarting the industry is a challenge and will have both good and bad moments. Normalization will take a while.”

According to the Los Angeles Times, AMC theaters, the largest movie theater chain in the country, has lost over $561 million in its most recent quarter thanks to the pandemic.

Slated to be summer blockbusters, “Wonder Woman 1984,” “Black Widow,” and the long-awaited James Bond film “No Time To Die” were pushed back either to the end of this year or the summer of 2021.

“Tenet,” the film from Warner Bros. was supposed to kick-start the summer and seduce movie fans back to theaters again—but it didn’t. The film garnered $6.7 million during its second week in domestic theaters, then experienced a 29% drop from its opening weekend. The action-thriller’s performance didn’t give the studio enough confidence to release its next hoped-for major blockbuster, “Wonder Woman 1984,” in October. Now, the superhero sequel starring Gal Gadot will hit theaters on Christmas day.

Despite a slow moviegoing summer, theater chains are making do. Some have maintained enough capital for the rest of the year by showing low-budget indie horror films like “The Wretched” and classics like “Jaws.”

According to Sarah Whitten, a publisher with CNBC, movie theater chains like AMC, Regal and Cinemark have altered their operations to increase sanitation, install state-of-the-art air filtration systems, and retrain employees for guest interactions.

If COVID-19 continues to wreak havoc across the country, TV apps, video-on-demand, and other streaming services will be how most moviegoers view their favorite flicks. Amazon already has in the works a new option to stream movies from home. Amazon may win this battle, and if this happens, going to the movies may become a distant memory.