Social Media addiction is on the rise 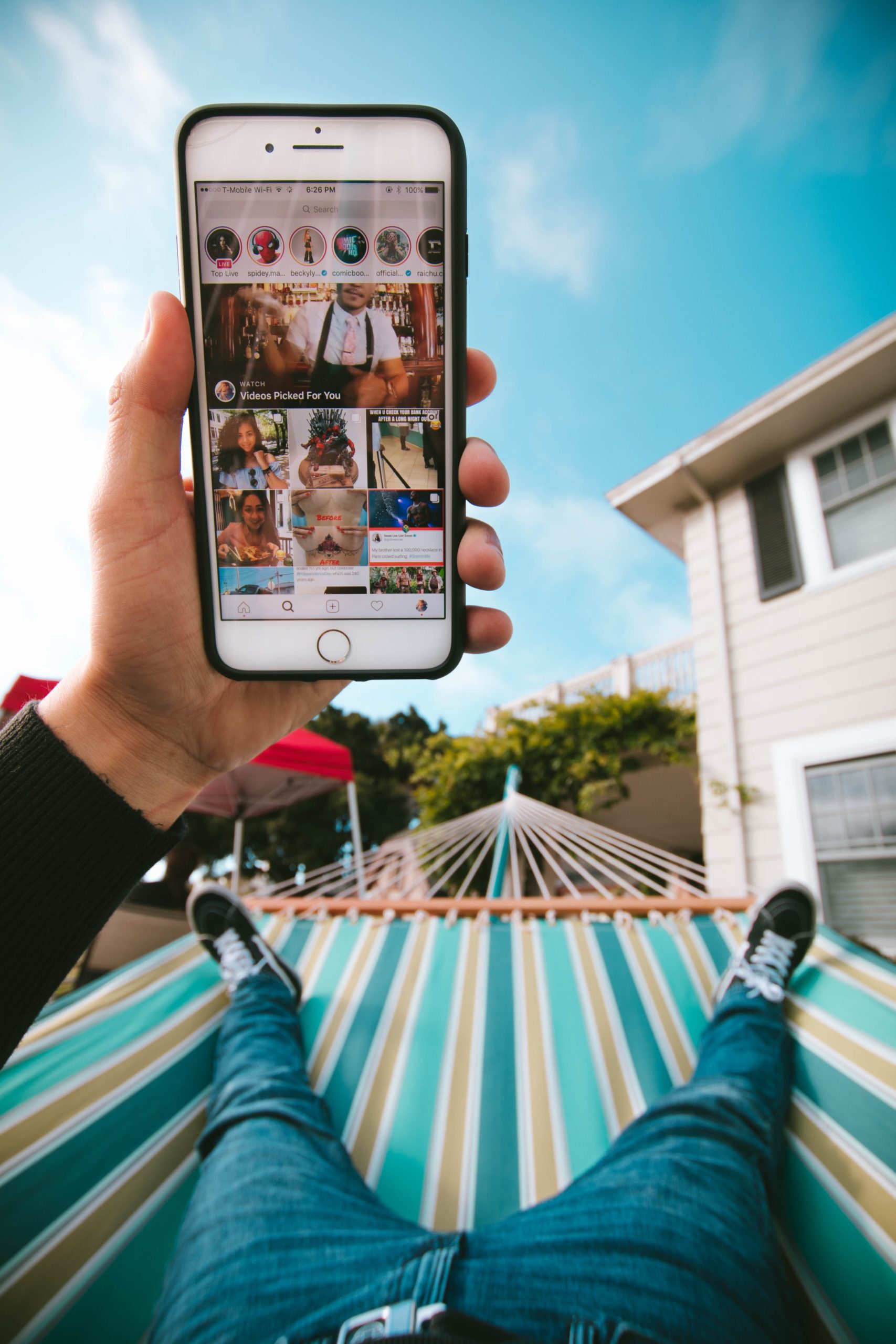 Everyone knows someone who won’t put down their phone because they are constantly checking social media or documenting every part of their life.

Over the years, social media has seen a considerable increase. Our World in Data found that the percentage of U.S. adults who use social media increased from 5% in 2005 to 79% in 2019. Even on a global stage, the speed of diffusion is striking: Facebook surged from covering around 1.5% of the world population in 2008 to around 30% in 2018. And because of COVID-19, more people are clinging to their phones.

According to Statista.com, in 2019, there were approximately 247 million Americans on social media. Because COVID-19 forced many Americans to stay home, engagement increased. The Harris Poll reported that from late March and early May, between 46% and 51% of U.S. adults were using social media.

While social media has its highs—engaging with family, learning about other cultures, and educating oneself on different topics—it also has its lows: addiction. According to the Addiction Center, social media addiction is characterized as being overly concerned about social media, driven by an uncontrollable urge to log on to or use social media, and devoting so much time and effort to social media that it impairs other important life areas.

A study performed by California State University found that people who use any social media site at least 58 times per week were three times more likely to feel socially isolated and depressed compared to those who used social media fewer than nine times per week.

Social media addiction affects the brain’s reward area to trigger the same chemical reaction as other drugs, such as cocaine. Social media can have a terrible effect on your mental health, leading to anxiety and depression. Research has shown an undeniable link between social media use, adverse mental health, and low self-esteem.

Addicts can experience behavioral and cognitive challenges, interpersonal problems, and relapse. Social media use provides addicts with rewards and accolades they aren’t receiving in their real lives. The continuous use eventually leads them to ignore real-life relationships, work or school responsibilities, and physical health, which may exacerbate their undesirable moods.

Instagram is inundated with influencers living jet-set lifestyles, wearing expensive clothes, driving fancy cars, and making lots of money. While scrolling through these beautiful pictures, some users may become inspired. However, others may see these pictures and feel jealous, depressed, or even suicidal because they don’t measure up.

Users may also become overly concerned with how many likes they receive or what others comment about what they post. According to officials at Instagram, it’s so competitive that they have planned to hide the number of likes for some users to reduce cutthroat competition among influencers. Likes will be private, so users can still see how many likes a post received, but followers cannot. According to officials at Instagram, “people focus more on likes than posting quality and engaging content to encourage interaction with other users for the creators.”

Tech companies are under extreme pressure to address digital addiction. In a recent Congressional hearing, former ex-Facebook executive Tim Kendall spoke to Congress about social media addiction. He told Congress that the company made its website to be just as addictive as smoking. He said:

“Tobacco companies initially just sought to make nicotine more potent. But eventually, that wasn’t enough to grow the business as fast as they wanted. And so they added sugar and menthol to cigarettes so you could hold the smoke in your lungs for longer periods. At Facebook, we added status updates, photo tagging, and likes. What it’s leading to is a product that’s just fundamentally addictive for people, and it’s causing all kinds of mental health issues, and I think it’s eroding aspects of society.”

Social media addiction is often overlooked because it is not a chemical substance, but as with all addictions, its negative consequences outweigh the benefits.

According to the Addiction Center, here is how to recognize social media addiction:

If you find that you are addicted to social media, you can try these techniques:

It might be tough to do these things, but in the long run, it is worth it mentally and physically.

If you or one of your loved ones are struggling with social media addiction, please reach out to Samhsa for more information on how to get help.