11 Horror Classics That Everyone Needs to See 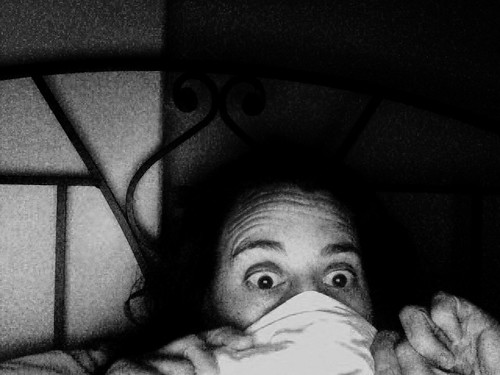 By the Eagle Eye Staff

We recently asked members of the Eagle Eye Staff to tell us which horror movies they love. Here are their responses:

“I don’t watch horror movies or like them at all, but if I had to choose one, I’d choose ‘Halloweentown.’ To me, it’s like pumpkin spice in the fall. It’s something for me to look forward to because it signifies a change in the season. It’s nostalgic.” Kimberlee Smith

“The visual effects used in this movie are awesome. Everything is cool, from the monsters coming out of R.L. Stine’s books to the close-ups of the creatures popping out of the pages as liquified ink. As a kid, I remember hiding during the jump scares.” Celestin Chung

“I didn’t expect this game to be very scary, but it is. The graphics are not even that great, but the constant fear and stress of not knowing when the animatronic will pop up are terrifying! It’s a really awesome game to play if you like jump scares.” Sierra Ruetten

“I was on the edge of my seat the entire film. It is very creepy and mesmerizing at the same time.” Jordan Chiarelli

“I like how all of the movies tie together to create a trilogy. With horror movies, we never have that.” Evan Quinones

“I like this movie because you have to be locked into it to understand it. It’s also a satanic movie, and these movies usually get people going. Plus, the scary parts give you a rush because there is no way to guess what’s going to happen.” Titus Thind

“If you’re looking for a movie that’s not super scary, this movie is excellent. I like it because it has a great message and a crazy plot twist.” Moxon Glosson

“It’s been the only horror movie that has been able to scare me. I like how it’s not like a traditional horror movie in that a lot of the film has stunning imagery with a lot of flowers and is shot in the middle of the day.” Miles Brooks

“This movie is all about a stubborn child named Damien, who is the son of Satan. He causes a lot of people around him to die.  The most disturbing line in the movie is, ‘“It’s all for you, Damien. It’s all for you.’” Khalil Wilson

“This is an excellent horror film, and I highly recommend it. It’s very dark and quite disturbing at times. It’s sad watching a family get hunted. Animal lovers, be warned: Animals aren’t spared in this film, but you will rejoice when they take revenge. The title says it all. The hills see everything.” Kamron Walters

“I’m a scary movie fanatic, but they don’t usually keep me up at night. This movie did. It is the only movie that has ever made me scared as an adult. After I watched it, I slipped under my covers and stared at my bedroom door all night, hoping that it wouldn’t open on its own. The next morning, I woke up in a puddle of sweat.” Atiya King