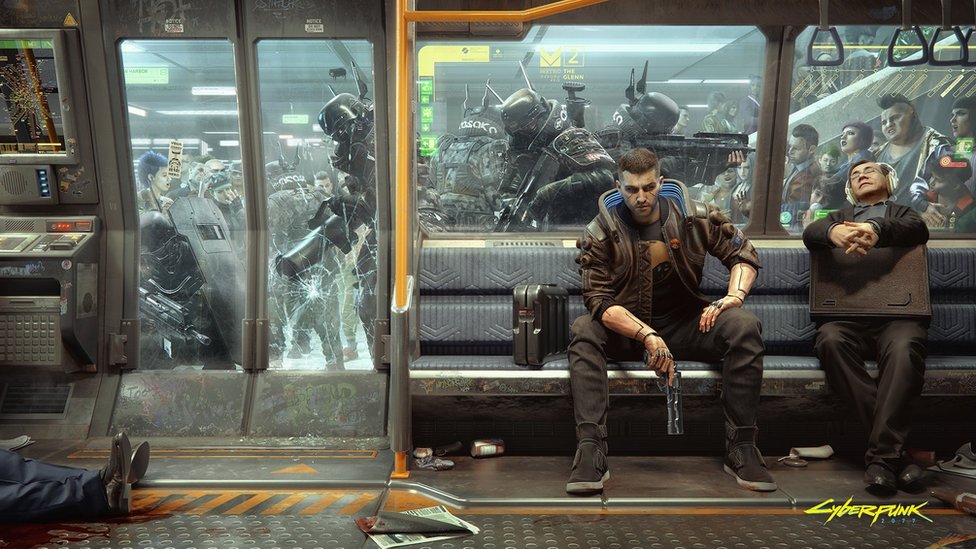 Picture this. A young student graduates from college with a degree in video game design and lands their dream job at a sizable triple-A game development studio. There, the studio makes games that millions of people worldwide play and love, and the graduate actually gets to be a part of that process.

Once the graduate starts working on their first game with their team, everything is great—the company is a friendly, fun, and welcoming community of people sharing the same interests and goals. However, the graduate joins the company at the tail end of the development cycle for the studio’s most recent game. The new hire notices that the game hardly looks finished.

As time goes on, the graduate works long hours, not going home until late at night each evening–and some days not going home at all. On those days, co-workers take small shifts sleeping at their desks before getting back to work. The cycle continues like this for months.

Finally, the big day comes. The game ships and the back-breaking work is over–well, that is, until the next game comes around, and the process starts all over again.

This is a familiar story in the video game industry.

Video game developers call this practice “crunch“: the process of working nights and weekends to hit a tight deadline. But unlike other professions that might muster employees to work overtime in the final stretches of a project, in-game development it can be a permanent and debilitating way of life. Often, crunch can last for months on end.

This practice is happening behind closed doors in many of the most popular game studios across the world. Companies such as Epic Games, Naughty Dog, Rockstar Games, and most recently, CD Projekt Red and their upcoming game “Cyberpunk 2077” have all dealt with controversy about overworking their employees. These companies run some of the most renowned and beloved game development studios that have created critically-acclaimed game franchises like “Fortnite,” “The Last Of Us,” “Grand Theft Auto,” “Red Dead Redemption,” and “The Witcher.”

“My significant other works for Electronic Arts, and I’m what you might call a disgruntled spouse. EA’s bright and shiny new corporate trademark is “Challenge Everything.” Where this applies is not exactly clear. Churning out one licensed football game after another doesn’t sound like challenging much of anything to me; it sounds like a money farm. To any EA executive that happens to read this, I have a good challenge for you: how about safe and sane labor practices for the people on whose backs you walk for your millions?”

This letter was certainly not the first time anyone had heard of the company’s practices, but it was undoubtedly damning evidence. The spouse went on to talk about their significant other returning home late at night and only being allowed one day off a week.

As time went on, more testimonials came out about different game–developing studios. In 2010, someone at Rockstar Games decried mismanagement and overworking of staff, among other things. These letters brought lawsuits against both Electronic Arts Studios and Rockstar Games. The studios settled them quietly and caused little–to–no change in the industry.

Over the years, “crunch” has become even more commonplace—or perhaps people are just speaking up about it more.

Rockstar Games has not stopped pushing inhumane working hours and conditions on its employees despite a lawsuit. On Oct. 26, 2018, Rockstar Games released the game “Red Dead Redemption 2.” Before its release, a letter leaked that revealed that the company’s practice of requiring employees to work 100-hour workweeks so it could ship the game by deadline.

Likewise, Epic Games, the developers behind Fortnite—a game widely considered the most popular globally—has the same crunch issues. The most significant difference is that Fortnite is a live service, meaning it is continuously updated. Developers regularly crunch to keep the game up-to-date with new content, and the labor practice is becoming worse as the game continues to grow in popularity.

During the “Last Of Us Part II’s” development and eventual release on June 19, 2020, Naughty Dog reported some of the worst crunch practices in the industry. Game animator Jonathan Cooper tweeted:

For the demo shown last September, the gameplay animators crunched more than I've ever seen and required weeks of recovery afterwards. One good friend of mine was hospitalised at that time due to overwork. He still had over half a year to go. There have been others since.

CD Projekt Red, a Polish video game developer, came under fire after putting employees through crunch periods for its last game,  “The Witcher 3: The Wild Hunt.” Last year, the company admitted that its crunch period was not humane. Some employees, though, defended the company’s actions, stating that they volunteered to work extra hours to get the game released. Sadly, it’s recently come to light that CD Projekt Red has asked employees working on Cyberpunk 2077 to commit to six-day work weeks to meet the Nov. 19, 2020 deadline.

Crunch culture has been an unfortunate part of video game development for over a decade now, possibly more. Many developers talk about the history and continued use of the practice, and they desperately want change. They know that the crunch lifestyle is unsustainable and have condemned it. Unfortunately, it has been normalized and has become just another part of the game development process.

One of the many reasons people cite for the continued practice is the lack of unionization in the gaming industry. Talk of unionization for the industry has grown lately due to the prevalence of crunch culture and other questionable labor practices. Fortunately, groups such as Game Workers Unite have popped up recently in defense of game developers, devoted to getting rid of bad working conditions such as crunch.

Crunch culture is dangerous for employees’ health. Unfortunately, many gamers are entirely unaware of their favorite developers’ inhumane working conditions behind the scenes. But by raising awareness and having more people complain to these companies about these practices, crunch culture could become a thing of the past.