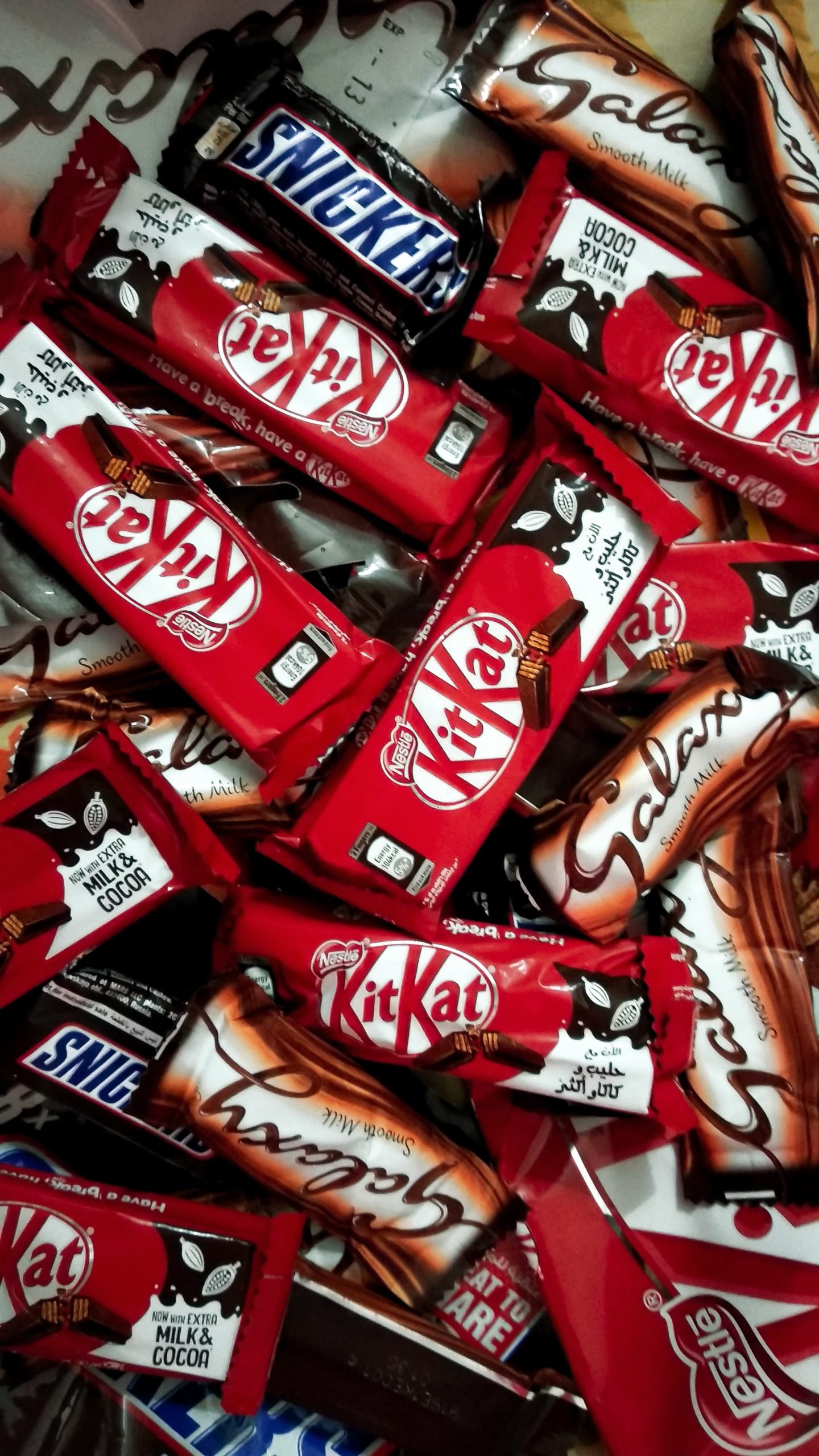 Photo by Vishnu Mk on Unsplash

Remember being a kid wearing the coolest costume and trying to be the first person to ring that doorbell on Halloween? I know I will never forget running to neighbors’ front doors with my Obi-Wan Kenobi light saber and getting candy! It didn’t get much better than that, and nothing has changed as an adult.

That’s right. COVID-19 has not canceled Halloween. According to data from market research firm IRI and the National Confectioners Association, Halloween candy was up 13% over last year in the month ending Sept. 6. Sales of Halloween chocolate alone are up 25%. Americans love Halloween, and they love candy. Take that COVID!

Covered in chocolate, this crispy candy’s peanut butter core is the ultimate treat. Otto Schnering invented Butterfinger in 1922. If it weren’t for Schnering, we would have missed out on one of the oldest, most delicious candies around.

Fun fact: The Simpsons starred in popular commercials for the candy bar in 1988, a year before Springfield’s crew debuted their own show.

You either love or you hate them, but for me, they are a must! TWIZZLERS Twists were first produced in 1929 by Young and Smylie in Lancaster, Pennsylvania. The company changed its name in 1968 to Y&S Candies before being acquired by The Hershey Company in 1977. The original flavor introduced in 1845 was licorice. In the 1970s, the company introduced strawberry, grape, chocolate, cherry, and watermelon flavors.

Twizzlers are weird because they don’t really have a taste, but for some reason, people eat an entire bag and don’t even realize it! Twizzlers are usually included in almost every Halloween bag.

Though invented in 1931, the Tootsie Pop candy company didn’t introduce the world to Tootsie Caramel Apple Lollipops until 1995.  Whether you are 75 or 10, you’ve wondered just “How many licks does it take to get to Tootsie Roll center of a Tootsie Pop?”

Caramel Apple Lollipops is a fan fave because they are the most perfect blend of tart, green apple, and creamy, gooey caramel. Yum. The best of two worlds. At least three detailed scientific studies have attempted to determine the number of licks required to reach the Tootsie Roll center of a Tootsie Pop.

Fun fact: On average, it takes around 600-800 licks to get to the center of a tootsie pop.

Forrest E. Mars, Sr. introduced us to M&M’S Plain Chocolate Candies in 1941. Thirteen years later, the company brought us M&M’S Peanut Chocolate Candies. According to LOLCandy.com., the original M&M’S candy is by far the most popular flavor, but don’t sleep on M&M’s Peanuts & Milk Chocolate Candies. Smothered in delicious chocolate, these nutty, candy-coated faves are a trick-or-treat must-have.

“Pour some sugar on me.” Talk about pure sugar! This sour, sweet, chewy candy is super sugary! You may need a shot of insulin after, but man is it worth it. Filled with Sour Patch pucker power, these candies were initially created by Frank Galatolie under the name of Mars Men in the early 1970s.

The Hall of Fame Candies

“You aren’t you when you’re hungry.” Snickers are some of the best chocolate candy bars. Sorry, Butterfingers and Milky Way, but you guys don’t even belong in the same class as Snickers. Snickers are the best-selling candy bars in the world, with global sales of $3.6 billion. Mars Inc. invented Snickers in the 1920s. It was the second candy bar that Mars Inc. created. They worked hard to make Snickers after their first candy, “Milky Way,” did not get the needed attention. Well, it looks like some things never change for a reason. Snickers are an all-time great Hall of fame candy. Snickers is a glorious nougat-filled, caramel delight packed with peanuts and covered in milk chocolate.

Fun fact: Each of the regular-sized bars contains 16 peanuts.

The gold trophy goes to Reese’s! A classic combination of chocolate and peanut butter, Reese’s ridged chocolate cups are super fun and easy to eat. This is another candy that’s been around since the 1920s, thanks to the H.B. Reese Company. No matter how old or young you are, this candy is a winner. Almost every Halloween bag will have a few cups.

Fun fact: Reese’s Peanut Butter Cups are actually an excellent source of protein. Each cup contains five grams, which is the same as a healthy handful of almonds. Who knew?

This candy is so good it gets extra credit.

This candy is so good it gets extra credit. Menlo F. Smith, CEO of Sunline Inc. invented the tangy, chewy original in 1962. SweeTart Ropes take the classic flavor fusion a step further—creating bendable fun that’s both licorice and SweeTart rolled in one. Going door-to-door in your cool Halloween costume and then getting SweeTarts of any kind is fantastic!

Halloween is right around the corner, and I hope all the candies on my list make their way into your bags. I hope everyone has a Happy Halloween.

Stay safe, and wear your masks at all times.