A friendly reminder that the Dodgers are your 2020 World Series Champions! 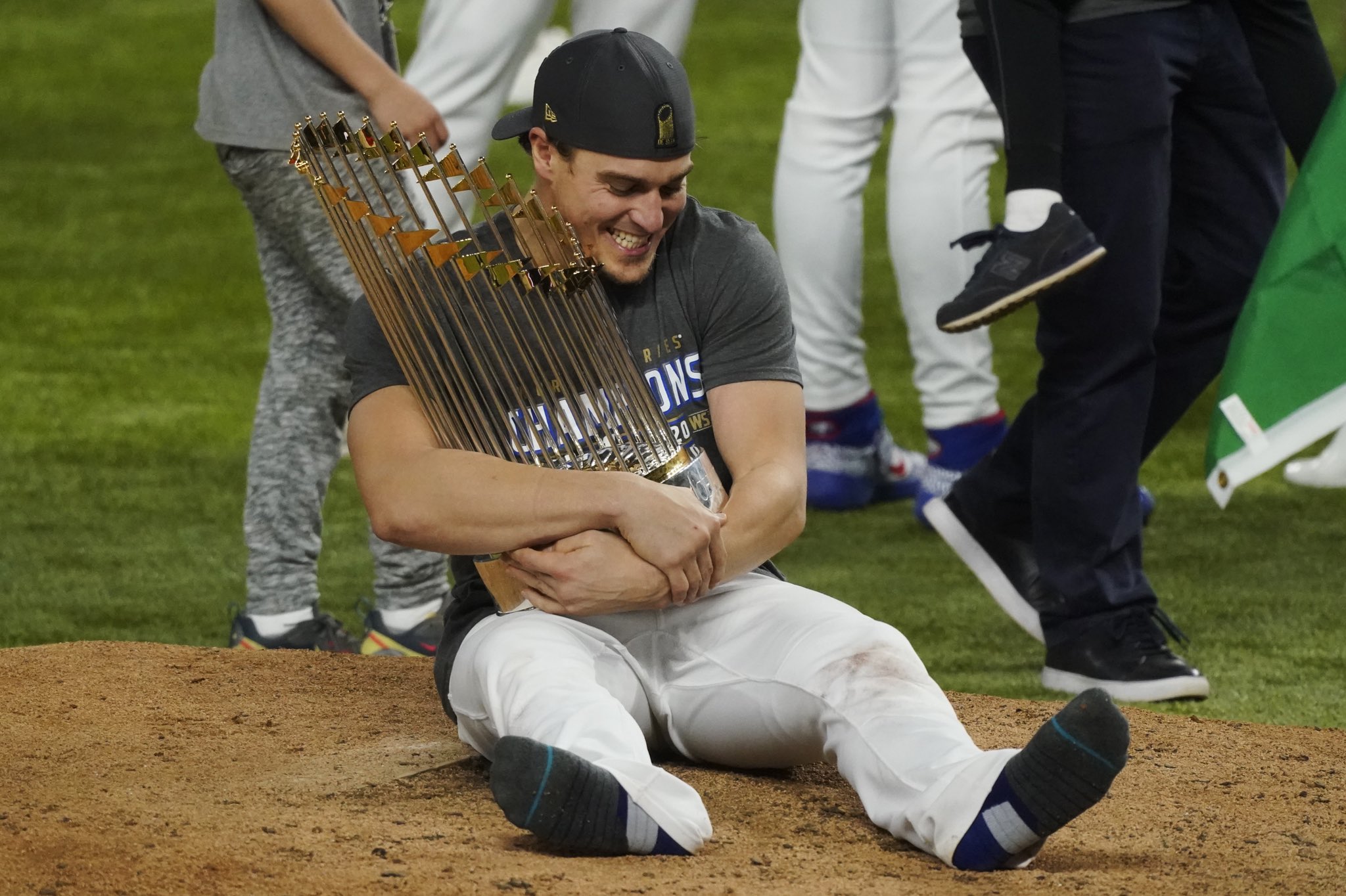 After eight consecutive postseason appearances, the Los Angeles Dodgers won it all in Game 6 against the Tampa Bay Rays, breaking the postseason curse that’s haunted them for 32 years.

Overcoming a challenging postseason race facing the Milwaukee Brewers, the Dodgers won the National League Wild Card with Christian Yelich in the lineup, which led them to play the self-proclaimed “Team of California,” the San Diego Padres.

Experts and analysts predicted them to win it all considering their stacked lineup, which consisted of two former Rookie of the Year candidates, Manny Machado and Fernando Tatis, Jr. The Dodgers then swept the Padres in a three-game series, winning the National League Division Series and once again proving they are still California’s favorite team.

The road to the World Series is never an easy one. The Dodgers were soon to face the Atlanta Braves in the NL Championship Series. Critics doubted them once again because, at the end of the season, they were down 3-1 in a Game 7 series.

Game 1 in the series ended in an 8-3 blowout victory for the Dodgers, with Max Muncy leading the charge with a 2–for–4 performance. This included a walk, two RBIs, and crossing the plate twice. Dodgers pitching staff led by Clayton Kershaw went six innings, allowing only two hits and one walk while holding the Rays to three runs. Kershaw had eight strikeouts and got the win after three relief pitchers gave up three runs and four hits before Joe Kelly came in to close it in the ninth inning securing the victory.

Game 2 went to the Rays, led by Brandon Lowe at the plate and Blake Snell on the mound.

Game 3 went to Los Angeles with a 6-3 win over the Rays, as Justin Turner controlled the Dodgers with a home run in his first at-bat, producing three runs.

Game 4 was up in the air, with the lead going back and forth while the outcome was unknown. The bottom of the ninth inning ended with a two-run RBI double from Brett Phillips coming off the bench as a pinch hitter to give the Rays the win, tying up the series 2-2.

Game 5 ended in a Dodgers win with Max Muncy going 2–for–3 with two runs, producing a 4-2 victory to lead the series 3-2.

Game 6 was controversial because the Rays’ manager Kevin Cash took out starting pitcher Blake Snell in the sixth inning. Snell had only given up two hits and had nine strikeouts, holding the Dodgers to zero runs and holding the team’s one run lead. Most experts say this move lost the Rays the game and stopped the series from seeing a Game 7.

After being pulled, the Dodgers strung some hits together to tally three runs, two in the same inning. Snell was taken out in the eighth inning. Some say the Rays had this game in the bag until that point. That move sparked the offense of the Dodgers lead by former AL MVP and World Series Champion Mookie Betts paving the way to the championship.

Betts had an impressive stat line of 2 runs scored, 2 hits, and an RBI, who was silent until the sixth inning. The Dodgers won it all in the ninth inning to break the postseason curse and raise the World Series trophy yet again.