Khabib Retains His Title For The Last Time 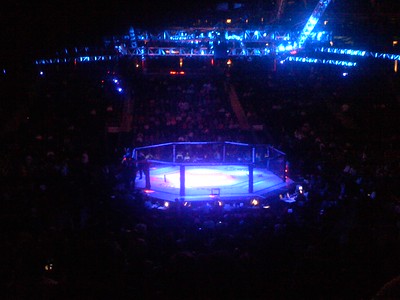 On Saturday, the greatest pound-for-pound UFC fighter fought his last bout. Khabib Nurmagomedov defended his Undisputed Lightweight Championship belt against Justin Gaethje by submission in the second round.

UFC 254 was one for the ages, even during this COVID-19 outbreak. The pay-per-view fight was Khabib’s first since his father’s passing. Abdulmanap Nurmagomedov, who died of COVID-19 related complications in June, had been the fighter’s coach since childhood.

Khabib announced his retirement after the fight to fulfill the promise he made to his mother.

Pegged the winner during the first round, Gaethje landed 15 heavy low leg kicks that gave him the edge going into round two. However, Khabib proved why he is the greatest fighter ever by pushing his record to 29-0. He’s the first to do so in the UFC. In round one, Khabib came out fast, applying lots of pressure, but his strategy wasn’t working. Playing Gaethje’s game, Khabib lost the striking battle, losing the first round. In the next round, he was more aggressive.  Being in the Octagon long was not what he wanted.

He scored his second takedown around the three-minute mark in the second round, which was the beginning of the end for the contender. The look on Gaethje’s face said it all—he was in distress. Khabib quickly mounted Gaethje, locking him in a triangle choke, before rolling to his back and squeezing the choke until Gaethje tapped out at the 1:34 minute mark. Khabib later said.

“I was going to put him in an armbar but his parents were here. I did not want to break his arm in front of them.”

"This is my last fight."@TeamKhabib pays his respects following a dominant performance at #UFC254 pic.twitter.com/5HiUvJXBJC

Khabib lost the striking battle 26-29 but landed two takedowns to Gaethje’s zero. This pushed his undefeated record to 29-0. This is his third straight title defense by submission. He ended his illustrious career as one of the best to ever do it, with a perfect 13-0 record.

The co-main event did not disappoint. Former champ Robert Whittaker, the number-one-ranked contender in the middleweight division, beat Jared Cannonier, the second-ranked middleweight 13-5 via unanimous decision. Whittaker looks to get a title rematch against Israel Adesanya after coming up with a huge win in the division.

In a battle of debuts, Phil Hawes made his way onto the UFC scene by knocking out undefeated Jacob Malkoun in only 16 seconds of fighting.

The UFC Lightweight division is now up for grabs. Who will be the next to come and claim the title? Will we see a fighter like Khabib ever again?