His House: A Film of Immigration Turned Horror 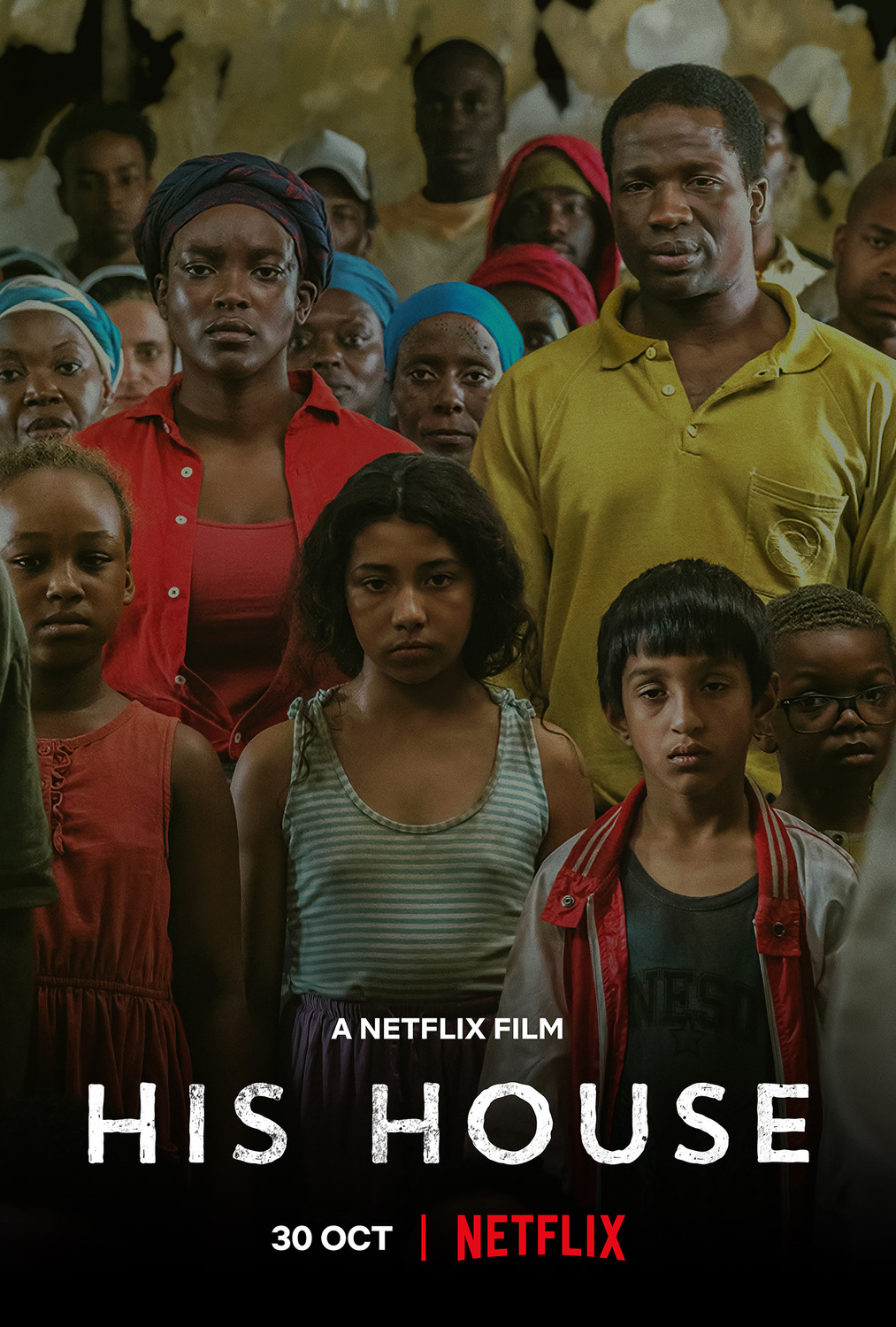 Released on January 27, 2020, “His House,” now available on Netflix, is the work of film director Remi Weekes. This horror-drama is the powerful story of a husband and wife who make the rocky journey immigrating to the United Kingdom from war-torn South Sudan. Starring Sope Dirisu as Bol, the husband, and Wunmi Mosaku of “Fantastic Beasts and Where to Find Them” fame as his wife, we have front row seats as the couple gets accepted into new housing and tries to find their way in a new land. “His House” is not for the faint of heart. This horror/thriller shows us what life is really like for immigrants.

After losing their daughter, Nyagak, to the Mediterranean while crossing, Bol and Wunmi find themselves in a detention facility in England for three months. After they are finally granted probational asylum, a caseworker, Mark, gives them a tour of their new government-assigned home on the fringes of London. Mark and his colleagues, both privileged and entitled, wickedly joke about how the rundown home is bigger than their houses.

As Bol and Rial try to adjust to their new life, they are haunted by the ghosts of their past, quite literally! The ghosts, including their daughter Nyagak, shriek, creak and move along the insides of the walls of the house until Bol tears the walls down and lets them in. The ghost of their daughter convinces Rial to move back to Sudan. Bol, on the other hand, stays and adjusts to his hosts’ lifestyle.

An extremely distressing plot twist reveals that Nyagak was not their daughter, but a young girl they used to escape Sudan. The ghosts bring back the couple’s worst memories in the form of visions and nightmares. A ‘witch’ tells Rial that Bol is responsible for Nyagak’s death and, therefore, his life should be taken to bring the innocent young girl back to life. When the witch comes for Bol, Rial picks up a knife and stabs it multiple times.

By the end of the film, we see the couple standing in their house as Mark and his colleagues inspect it. Bol tells him they have decided to “live with the ghosts of their past.”

The directorial debut of Weekes, “His House” is a mind-blowing journey that gives viewers a powerful insight into the world and lives of refugees. The movie does not soft-pedal the gruesome details of the life of refugees. The audience goes on a journey to experience the worst possible realities of being “othered.”

“His House” is a social commentary on the plight of all those who are forced to leave their homes, travel through impossible situations, suffer losses, and struggle to adjust to a new country where they may be treated as outsiders. Sometimes, it shows that real-life events are more terrorizing than the paranormal. For instance, Bol and Rial are asked repeatedly to be “one of the good ones,” as if they are in a contest with other refugees to prove they are worthy of living in London.

On multiple occasions, people make them feel inferior, as if they are the children of a lesser God. While at the detention facility, they sit a great distance from the British officers. When they giggle and laugh with relief upon hearing the news of their release, one of the officers sighs with absolute coldness. Their neighbor stares at them suspiciously and even asks Bol to leave before they are thrown out.

Bol sees London as his only chance at survival and does his best to adapt to the British lifestyle by dressing like them, eating like them, and even singing their happy songs with them, while Rial clings to parts of her Sudanese identity.

An important element that Weekes slightly touches upon is the old maxim, “Not all skin folk is kinfolk.”  The film demonstrates this in a scene where Black British teens tell Rial  to “Go back to Africa.”

The director captures the mood of the movie nicely with eerie music and frightening sounds. After all, what is a good horrifying thriller without the creaking of wooden planks, mysterious humming, and thumping sounds? And the ghosts from the past appearing as zombies are sure to induce screams or at least a few jump-scares.

“His House” compels one to think of the striking contrast between the life choices a privileged person makes compared to that of a refugee. If put in the same situation of helplessness and desperation, would you be willing to take someone else’s daughter to escape a war-torn land? Have you ever thought about what it must be like to have to leave your country for a better life?

“His House” is an absolutely fantastic film and made me tear up a few times. I highly recommend it to anyone who is a fan of the horror genre but also loves the intricacy of a complex film.