Georgia is officially blue, but… 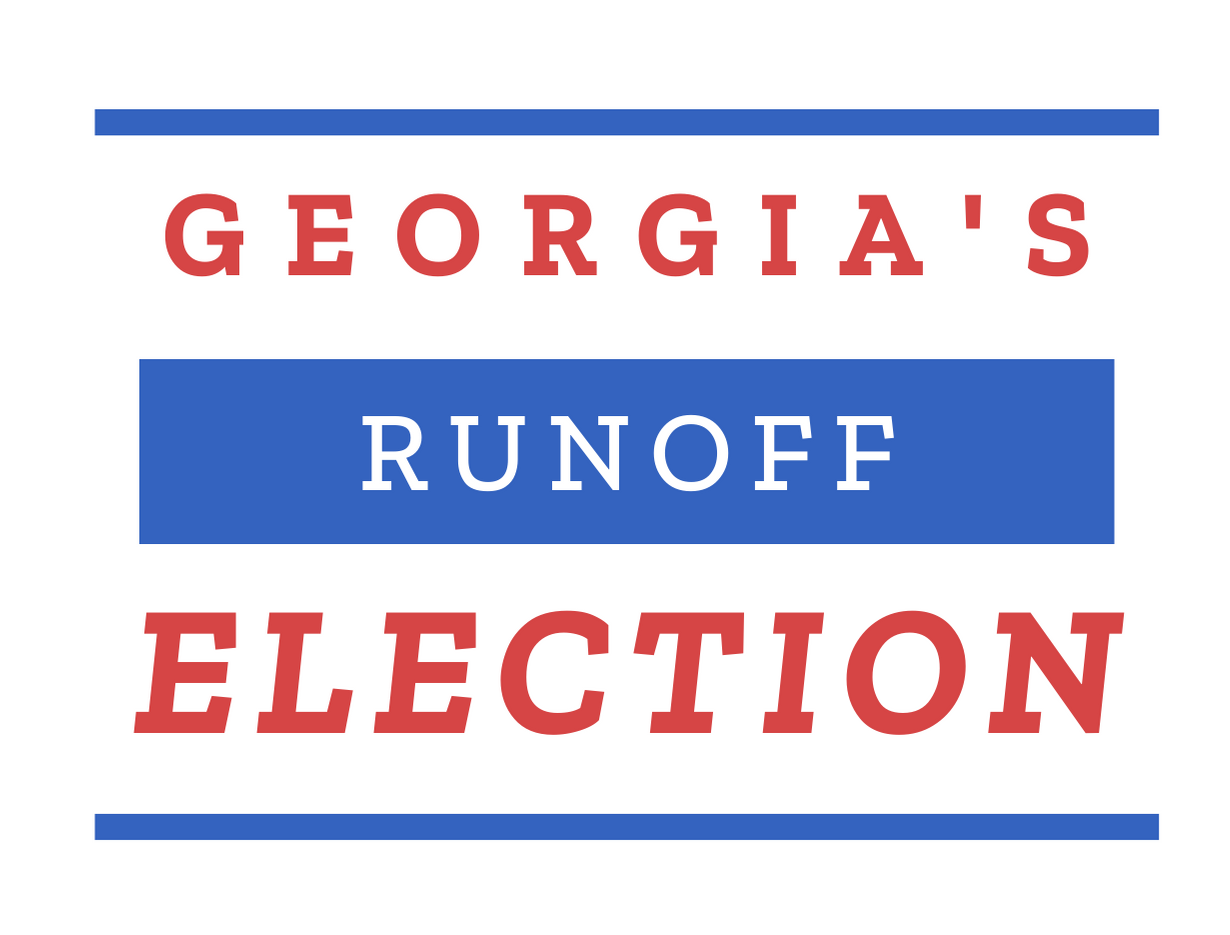 Ahhh! We can finally breathe now that Georgia’s Republican Governor Brian Kemp finally certified the state’s election. Joe Biden is the next President of the United States, and Kamala Harris is the next Vice President. Americans flooding the streets in celebration on Nov. 8 was not for nothing. But can we really breathe? Nope. Not until we button up Georgia’s two Senate runoff elections to be held on Jan. 5.

In one Senate race, incumbent Republican Sen. David Perdue was leading with 49.7% of the votes against Democratic candidate Jon Ossoff’s 48%. In the second race, Rev. Raphael Warnock was in the lead with 32.9% of the votes, while Republican incumbent Kelly Loeffler had 25.9%. Since neither candidate earned more than 50 percent in either race, there will be a  runoff to determine who Georgia’s next Senators will be.

The whole nation is watching Georgia because these Senate seats are critical to the balance of power in the new government. If the Democratic candidates win their races, the Democratic and the Republican party will each hold 50 Senate seats, and Vice President-elect Harris will break the tie, effectively giving the Democrats control over the Senate.

With a Democrat majority in both chambers of Congress, which consists of the House of Representatives and the Senate, Biden would have an easier time achieving his policy agenda. So, if you voted for Biden/Harris because you are concerned about our country tackling COVID-19, student loan debt, economic recovery, racial equality, and climate change, you’ll have to breathe a little later.

Georgia is peculiar. In every other state, the candidate with the most votes is the winner. In Georgia, however, candidates need to earn more than 50 percent of the votes to win an election. Since neither of the incumbent Republican senators drew a majority on Election Day, both seats are up for grabs in January.

So, why is Georgia’s law like this? Well, like many laws in America, Georgia’s runoff law is rooted in racism. In 1963, state representative Denmark Groover from Macon, an admitted segregationist, introduced a proposal to apply majority-vote, runoff election rules to all local, state, and federal offices.

Groover’s pettiness stemmed from a personal experience. In the early 1950s, he served in the House of Representatives but suffered a defeat in 1958. The disgruntled candidate blamed his loss on “Negro bloc voting.” He carried the white vote, but his opponent beat him by garnering black ballots by a five-to-one margin. Essentially, Black people could cast a ballot, but runoffs during that time attempted to make sure candidates representing the White majority would be elected, maintaining white political power. Since then, Republicans have had more wins in runoffs.

Regardless of whom you’re voting for, the stakes are high. If Warnock and Ossoff lose, Biden will likely have difficulty carrying out his agenda with a Republican-controlled Senate.

All About the Candidates

Loeffler, co-owner of the Atlanta Dream, already holds a Senate seat, though this is her first time running. Why? Because, in Dec. 2019, Georgia’s Republican Governor Brian Kemp selected her to replace Sen. Johnny Isakson, who retired three years early due to health concerns.

If she wins, Loeffler would be the wealthiest politician on Capitol Hill. According to Forbes, Loeffler and her husband, CEO of the company that owns the New York Stock Exchange, are worth at least $800 million.

Controversy has surrounded Loeffler all year. She came under fire in March for selling $20 million in stocks after learning about the coronavirus in a briefing in the weeks building up to the COVID-19 pandemic. She used that knowledge (that few others had) to make her stock decisions.

In June, Loeffler wrote an open letter to WNBA commissioner Cathy Engelbert, condemning the league’s support for Black Lives Matter. In the letter, she encouraged Engelbert to scrap plans for players to wear warmup jerseys reading “Black Lives Matter” and “Say Her Name” and instead put an American flag on all uniforms and apparel.

When protesters, some of whom were armed, hit the streets in response to the murder of Black citizen Rayshard Brooks by an Atlanta police officer, Loeffler tweeted, “We must not allow mob rule. We must not defund the police. And we must protect the Constitutional rights of law-abiding Americans. I’m continuing to take action on these issues.”

As protests grew and lawmakers and protestors called for defunding of the police, gun sales soared. In the midst, Loeffler introduced the Gun Owner Privacy Act to prevent the federal government from maintaining a federal database with background information of those seeking to obtain a firearm.

In a statement announcing the bill, she said, “These uncertain times demonstrate the clear need for strong 2nd Amendment protections that enable Americans to exercise their right to bear arms without fear of government retribution.” Senator Loeffler continued, “As a strong defender of the 2nd Amendment, I stand firmly against gun registries and owner databases for lawful gun owners. Whether our families own guns for protection, for sport, or to defend against an oppressive government – I will always stand up for our fundamental right to keep and bear arms.”

In response to how Loeffler handled racial inequality, WNBA players across the country started supporting her opponent Warnock by sporting “Vote Warnock” shirts.

She paints her opponent, Rev. Raphael Warnock,  as a radical. He’s called anti-police because he supports a method to “responsibly fund law enforcement.” He says, “We need to reimagine policing and reimagine the relationships between law enforcement and communities. We certainly need to demilitarize the police so we can rebuild the trust between the police and the community.”

Warnock has served as a senior pastor of the Ebenezer Baptist Church in Atlanta since 2005, the same church where Dr. Martin Luther King, Jr., preached. He believes in women’s reproductive rights, criminal justice reform, LGBTQ rights, and wants the U.S. to rejoin the Paris Climate Accords and restore America’s place as a leader in the fight for climate justice. He has received endorsements from many prominent organizations, Planned Parenthood, and even former President Barack Obama.

Sen. David Perdue, a wealthy businessman and former CEO of Reebok and chair and CEO of Dollar General, was first elected in 2014 and is now running for a second term.

In July, Perdue released a campaign ad that featured Ossoff, who is Jewish, with an enlarged nose similar to that of anti-Semitic caricatures.

In October, Perdue pulled out of the final scheduled debate with Ossoff after it was discovered that he bought stock in a company that produces personal protective equipment (PPE) while downplaying the threat of the COVID-19.

He made headlines again when he purposely mispronounced his colleague Kamala Harris’ name at President Donald Trump’s rally in Georgia.

Perdue opposes the “defund the police” movement and vows to continue to fight to ensure that law enforcement has the resources it needs to keep our communities safe. He cut taxes for Georgia families and small businesses. He supports school choice and doesn’t believe that a student’s zip code should not determine whether they have access to quality education.

Jon Ossoff, a Georgia native, is an investigative journalist and a small business owner.  In 2017, Ossoff nearly won in the House of Representatives for Georgia’s 6th District against Republican Karen Handel in what was, at the time, the most expensive House race in history – but lost in the runoff.

He was later endorsed by his hero, the late civil rights icon Georgia Congressman John Lewis. When there were allegations of voter suppression in the state, particularly in minority communities, Ossoff and Lewis hit the trails advocating for the restoration of the Voting Rights Act. “Voter suppression is a betrayal of the basic principles of our democracy. We will fight relentlessly to defend voting rights in Georgia. And next year, we will pass the John R. Lewis Voting Rights Act,” promised Ossoff. He also supports Stacey Abrams and her Fair Fight organization’s efforts to fight for free and fair elections in Georgia.

Ossoff, 33, has been accused of being too young and inexperienced for the job. The charismatic candidate believes his youth is his strength. He is fairly moderate, which bodes well in the recently blue state. He vows to protect and strengthen Medicare, invest in clean energy, energy efficiency, and environmental protection, abolish the death penalty, legalize cannabis, and end incarceration for nonviolent drug offenses.

When it comes to healthcare, Georgia has the 3rd highest rate of people without health insurance in the US: 13.41%. 18 Republican-led states are urging the court to rule it unconstitutional to require all Americans to obtain health insurance or pay income tax penalties. Republicans argue if the law’s tax penalty is set at zero, the individual mandate still requires all Americans to obtain some type of coverage. So, they want the entire law to be scrapped.

Perdue voted to repeal the Affordable Care Act (ACA), also known as ObamaCare. He said, “The poorest among us will continue to be fined because they can’t afford ObamaCare.”

At a rally in November, at Liberty Plaza, just outside the Capitol, Ossoff said, “We’re in the middle of a global health emergency. This is a moment when all of us should be uniting to expand access to affordable healthcare. To make sure that nobody loses their coverage because they get sick. To make sure that everybody can afford their prescriptions. This is not a matter of partisan politics. This is a matter of public interest.”

What you need to know

The runoff is scheduled for Jan. 5, 2021. Georgia residents who are currently 17 years old but will turn 18 by Jan. 5 will be eligible to vote in this runoff election — as long as they register to vote by Dec. 7. You can register by visiting Georgia’s Secretary of State website. You can also request absentee ballots, and if you want to show up at the polls, early in-person voting begins Dec. 14.