Ezekiel’s Story : The story of a premature birth 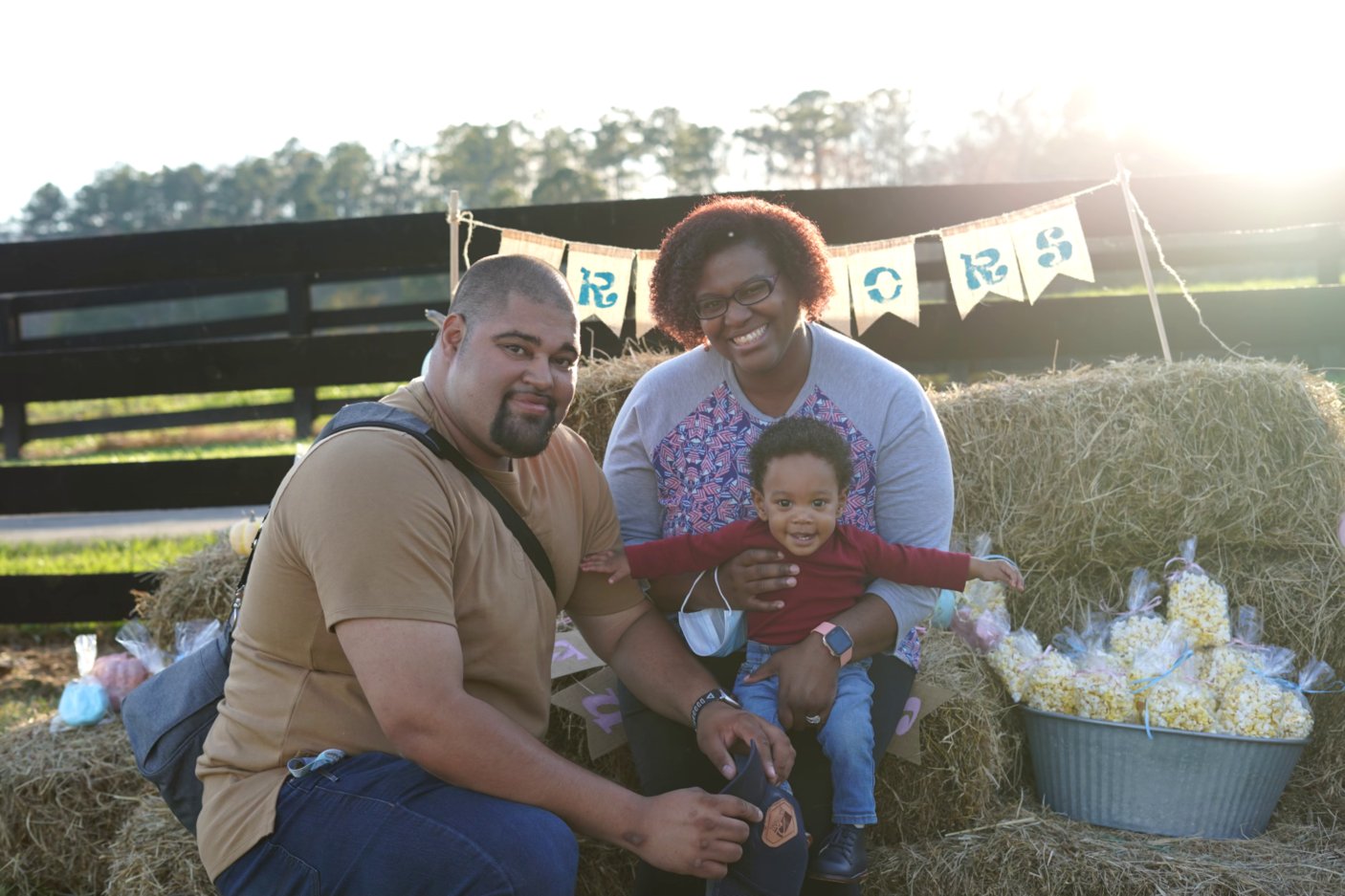 “Your baby has an 80% survival rate based on his gestational age.”

Those were the doctors’ words after emergency workers rushed Valencia Flores to the hospital at only 26 weeks into her pregnancy on November 25, 2019, after having severe pregnancy pains.

Flores is a Reinhardt graduate who majored in Music Performance. After graduating in 2015, she worked in residence in Massachusetts. Flores met her husband, Jonathan, while they were students and got married in 2017.

After getting married, Flores got a job as an admissions counselor at Reinhardt. Her husband also works at Reinhardt as a police officer in the Department of Public Safety. Flores is a strong, independent woman recognized for helping students find their passion and drive. Flores is an enthusiastic and happy person, but things did not look so bright when she had her first-born child.

Flores started having pains on a Sunday but thought it was typical pregnancy symptoms. However, by Monday night, the pain had increased. She went to the doctor on Tuesday morning and found out that she was 4cm dilated, and the baby would be born early.

She recounts, “I was rushed to the hospital by ambulance. I was nervous, overwhelmed, and didn’t even think my baby could be born this early and survive.”

Flores went into pre-term labor for an unknown reason. Through all the adversities, her son, Ezekiel, was born prematurely at only 26 weeks on November 29, 2019, when his original due date was March 2, 2020. These times of uncertainty were tough for Flores’ family, but especially for her and her husband. Flores states that what kept her going was her faith.

“I leaned heavily on my faith, prayed often, and knew that God was in control,” she says.

Ezekiel fought hard and was born weighing 1lb and 14 ounces and 13.75 inches long.

Fortunately, Ezekiel had no brain bleeds and no eye issues. However, he had a heart murmur, which is when a heart has an irregular rhythm and low blood cell count, meaning he was very anemic.

Ezekiel was born a fighter and did not need a ventilator to breathe.

Flores states, “Thankfully, he wasn’t put on a ventilator. That was a blessing.”

Ezekiel only needed a CPAP (continuous airway pressure) machine to keep his lungs inflated. Doctors diagnosed Ezekiel with jaundice and put him under a special light for a few hours a day. Fortunately, his jaundice cleared up quickly.

“I was able to hold him three days after he was born, which is called kangaroo care,” Flores says.

Flores mentions how it was tough for her to leave the hospital while Ezekiel was still fighting for his life. However, she took a month off from work to be at the hospital every day.

Her co-worker, Owen Bagley, assistant director of admissions recruitment, describes her as “brilliant and such a hard worker.” He admires Flores and says, “She was able to pull through all of that with all of the stress. She is one of the most organized and dependable co-workers I’ve ever had, plus, she is also fun to be around.”

Co-worker, Peggy Krecl, admissions coordinator, says, “Valencia has been inspirational to all of us. She was able to manage her work and be at home for maternity leave.” Krecl adds that Flores has “always had an incredible work ethic.”

During Christmas week of 2019, Ezekiel made a great accomplishment for a baby born at his gestational age when the doctors moved him from the second floor (where the severe babies are) to the seventh floor (what they call the feeder/grower floor).

In January, Flores went back to work to save what was left of her maternity leave for when Ezekiel came home. She explains how she felt the love from her director, co-workers, and many people on campus. They were very supportive and uplifted her spirits when her days were low.

Peggy Krecl also notes how she could empathize with Flores’ story because her son was also in NICU, neonatal intensive care unit. Krecl thought Flores “handled it with strength and grace.”

“On January 6, Ezekiel’s doctor let us know his blood cell count had been decreasing, and it was time to give him a blood transfusion. This procedure took four hours to complete. Once it was over, Ezekiel’s blood cell level began to increase, and he started feeling better,” Flores remembers.

On February 11, 2020, things were looking bright for the Flores family! Doctors released Ezekiel from the hospital, and he went home without oxygen or a feeding tube. Flores describes this as a huge blessing.

Flores and her family were all so excited when Ezekiel arrived home. Flores states, “When we brought Ezekiel home, my husband and I felt excited to finally have him home and in the clear to be out of the hospital. We were also nervous because of the unknown. We had no clue what issues Ezekiel was going to have moving forward. Thankfully, so far, he has been developing very well with only a few delays for his gestation.”

Usually, babies’ eyes are the last organ to develop. For Ezekiel, he continued to have eye exams every two weeks. Thankfully, his eyes developed perfectly, and he is in the clear for any underdeveloped eye problems.

Ezekiel continues to take iron supplements to help keep his red blood cell count at the right level, and his heart murmur eventually went away. He is currently in physical therapy to help with milestones and catch any developmental issues that may come up.

Hayley Cooper, fellow co-worker and admissions counselor, says, “Watching Valencia be such a strong, independent person has made me look up to her when it comes to strength. Getting to watch Ezekiel grow up has been an amazing experience, and I am lucky to be a co-worker with Valencia and to have her as a mentor in both the professional and personal sense.”

“His name, Ezekiel, means ‘strengthen by God,’ and he has been,” Flores says.

Valencia Flores is, without a doubt, one of the most admired people in her work environment. Her co-workers and many others on Reinhardt’s campus respect her. She is a role model and prime example of what it means to be a fighter, dependable, organized, and hardworking. She is a friendly and kind woman who has the drive to help not just students find their passion, but everyone she meets.