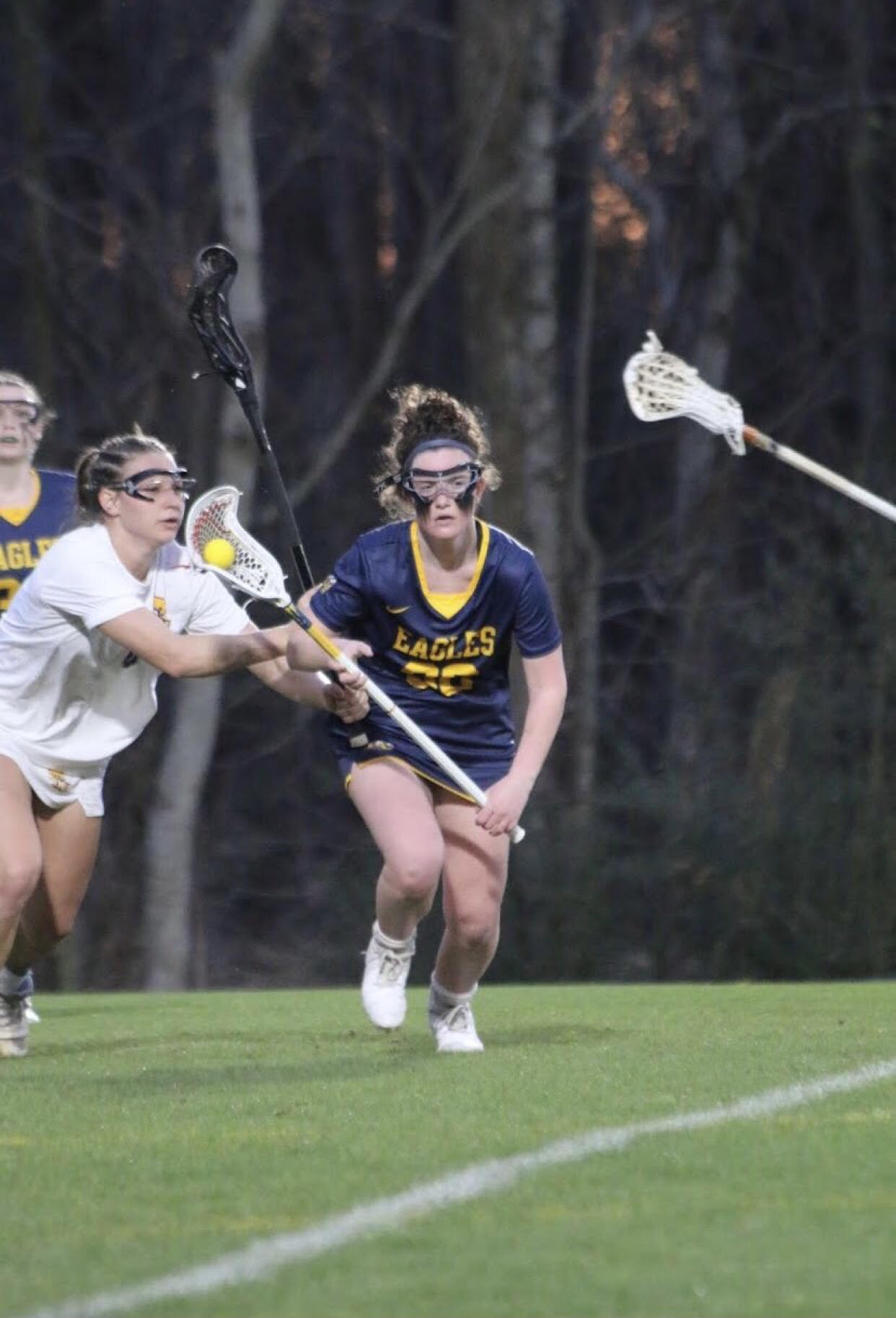 At the start of the season, the Lady Eagles lost their first game against Keiser (15-9). Moving into March, they picked up speed and wins, beating Truett McConnell (22-6) and Tennessee Wesleyan (23-1).
No. 6 ranked Reinhardt played against No. 7 Life University at Ken White Field at the University Stadium on Thursday night, March 18, 2021.

“It’s going to be a really good tight game,” Senior Audrey Frost stated before heading out to play against the Running Eagle.

Frost scored a point in the second half of the game. The picture below shows Frost scoring a point for the Lady Eagles. The game took a surprising turn when the Reinhardt Eagles held a firm grip over Life, finishing the last quarter with the win (20-9).
Morgan McGhee and Caroline Copenhaver helped score the first point during the first few minutes of the game. A 5-1 lead was made with four straight goals in less than nine minutes in action. Reinhardt put the game away early by scoring 14 goals in the first half alone.
The top scorers were Copenhaver and Anna-Marie Gazzo, with five goals apiece.
Two other ladies, Shelby O’Neil and McGhee, also scored three shots each. The picture above shows Gazzo running downfield with the ball, ready to score.

The final team stats:
Shots: 33 attempts with 20 completed
Ground balls: 29
Saves: 3
Clears: 13-14
Turnovers 10
Draw Controls: 15
Free Position Shots 4-7
Stats from Reinhardt Eagles Sports Website
In the past few weeks, the Lady Eagles have beat St. Andrews (19-7), SCAD Savannah (19-4), Montreat (24-5), and Brenau (28-0). Now, ranked No. 5, there are high hopes of going to the National Championship. Their biggest win was beating SCAD, which was ranked the No.1 team at the time of the Lady Eagles playing them.

The Lady Eagles are now heading into the conference tournament in North Carolina and will fight for a spot in the National Championship in Savannah Georgia.