A reference this week to the war against Spartacus reminded me that a lot of English words have descended from Latin ones, but their meanings are not the same. Consider virtus, from which we get “virtue,” but which in Latin means something like valor, manliness, or courage (a meaning closer to our “virile”). And yet, sometimes words in English are used close to their Latin meanings, and you have to stop and think which meaning the author intends. We generally find this within the Roman Catholic church, or among Classical historians. Off the top of my head:

Servile War (from servus = slave): a war against the slaves

Social War (from socii = allies): a war against Rome’s allies

doctor of the church (from doctus = learned): a learned theologian

perfidious Jews (from per = through and fides = faith): faithless Jews (not evil Jews, although it might still not be a good idea to say that)

feast of St. George (from festum = celebration): a day to celebrate St. George, not necessarily by consuming large amounts of food. This usage is preserved in the French fête, and in the German Fest.

Christian apologists (from apologia, a defense of one’s opinions or position): defenders of Christianity.

Also, I can’t help but think that if you’ve got a Latin motto, it should make grammatical sense on its own, and not be a quote from something longer, such that the words displayed don’t make grammatical sense. For instance, the motto of the Université de Sherbrooke is Veritatem in charitate, which is given as “truth in charity.” 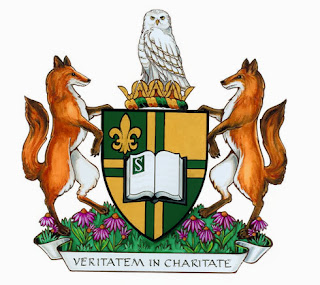 Some students of mine gave a presentation on the medieval university, including the University of Pisa, whose motto is In supremae dignitatis. They said this meant “in supreme dignity” but in does not take the genitive, the case of both supremae and dignitatis. 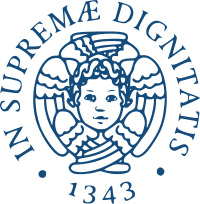 Why not In suprema dignitate, then? Turns out it’s the title of the papal bull establishing the university. As you may know papal bulls are known by their first words (e.g., Humanae vitae, Incarnationis mysterium, or Laudabiliter), and again an essential word has been lopped off. Apparently the full title is In supremae dignitatis specula, or “In the mirrors of supreme dignity.” The pope reused the words in the fifteenth century as In supremae dignitatis culmine (“in the height of supreme dignity”). Either of these would work better than merely the first three words, IMHO.