One Canadianism I cling to is the practice of wearing a poppy for Remembrance Day, November 11. (One starts wearing it c. November 1; it is generally gauche to wear it before this, although I made an exception this year.) 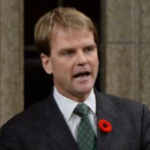 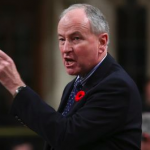 November 11, of course, is the day the Armistice went into effect ending hostilities in the First World War; it subsequently became the day to remember the war dead in the UK and Commonwealth (the US already had Memorial Day from the Civil War; November 11 became Veterans’ Day here). The reason why the poppy was chosen as a symbol of remembrance was on account of the poem “In Flanders Fields,” by Lt. Col. John McCrae, a native of Guelph, Ontario:

In Flanders fields the poppies blow
Between the crosses, row on row,
That mark our place; and in the sky
The larks, still bravely singing, fly
Scarce heard amid the guns below.

We are the Dead. Short days ago
We lived, felt dawn, saw sunset glow,
Loved and were loved, and now we lie
In Flanders fields

Take up our quarrel with the foe:
To you from failing hands we throw
The torch; be yours to hold it high.
If ye break faith with us who die
We shall not sleep, though poppies grow
In Flanders fields.

Although the “recruiting-poster rhetoric” (Paul Fussell) of the final stanza is discordant, the pastoral and elegiac tone of the first nine lines have ensured that this has remained one of the best-known poems of the First World War. But if you think that the red poppy isn’t about memory so much as about enjoining you to be worthy of your ancestors, and going to war when the state tells you, you can always get a white poppy, whose message is supposed to be an unambiguous declaration that we remember the dead, and we don’t want to have to repeat their sacrifice. Let us never again commit such folly. (We didn’t have white poppies growing up; I discovered them the last time I was in London.)

Speaking of London, currently on display (but not for much longer) in the moat around the Tower is a great river of ceramic poppies symbolizing the war dead of the Great War, which broke out 100 years ago.